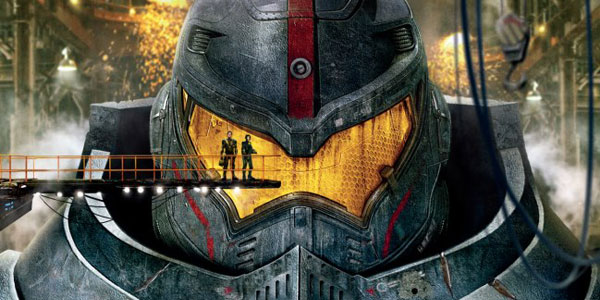 It looks like NECA’s booth will be THE place to be this year at Toy Fair.

As if those awesome Aliens figures weren’t enough, NECA has pretty much already solidified their place as the coolest toy company of 2013… There have been rumors that NECA landed the license to Guillermo Del Toro’s giant robots versus giant monsters opus for a while now, but GDT himself confirmed it’s true on his official website:

NECA is doing toys and a ton of apparel / accessories. SIDESHOW is doing a couple of diorama statues and there are two downloadable games in progress. This plus the comics and book novelization and a few etc

This news follows NECA’s recent hints that their second of two 3.75″ figure lines (the one that isn’t Gears of War) would be based on a movie property… but I think that’s only partially true– I’m willing to bet we see 3.75″ pilots for Pacific Rim, alongside giant size robots and monsters (probably clocking in at the 18 to 20″ inch mark like their Avengers mega scale figures).  It makes sense, especially with NECA’s recent trend of experimenting with scale and formats (a-la their ass-kicking Django Unchained toys). If I’m right, that’s a clever bait and switch on NECA’s part.  It would also be completely, mind-shatteringly awesome.

As GDT mentions, Sideshow will also be cranking out some Pacific Rim swag, but let’s be honest– the NECA stuff will be way more reasonable, and likely way cooler.