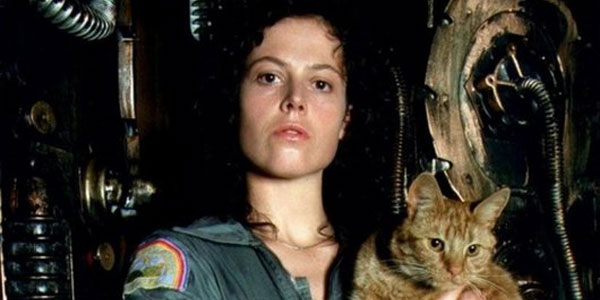 The most important character in the Aliens universe is getting the toy treatment in 2014!

If you’re in to toys, or if you’re in to Aliens, this is the best new you’ll hear all day– NECA has officially announced they have secured likeness rights from Sigourney Weaver and will be releasing action figures based on her character Ripley from the Aliens series!

This wasn’t the best-kept secret, but it was a tough one for me to keep bottled up over the last few days… the Power Loader at Toy Fair was pretty much a dead giveaway, but still– it feels awesome to know this is 100%, officially going to happen.

We’ll be seeing the prototypes of both Alien AND Aliens Ripley at Comic Con, but you can see the concept art for the 1979 figure below.  It’s safe to assume Ripley will come packing her flame thrower, as well as her cat Jonesy.

I’ve been excited for NECA’s 35th Anniversary of Alien celebration already, but this announcement really makes things infinitely cooler.  Considering how frugal Ms. Weaver is with her likeness rights, this is a major win for NECA, and for all of us fans, of course.

Check out the full press release below:

As part of the 35th anniversary celebration of the ground-breaking movie ALIEN, NECA will release the first-ever action figures of main character Ellen Ripley that feature the likeness and approval of actress Sigourney Weaver, who was nominated for an Oscar® and Golden Globe® for ALIENS in 1987. Initial plans include a figure of Ripley in her Nostromo jumpsuit from the original 1979 film, to be followed later by a Ripley figure based on the 1986 movie ALIENS, directed by James Cameron. Prototypes will debut later this summer at San Diego Comic-Con.

The celebration will continue through the year, with a special 35th Anniversary figure appearing in each series of Alien 7″ action figures. Visitors to the booth got a rare peek at Series 3, scheduled for July; Series 4 is slated for autumn.

NECA also revealed a spectacular summer treat for fans: two Deluxe 35th Anniversary releases, both completely in scale with the main action figure line. The massive Alien Queen Ultra Deluxe Boxed Action Figure will arrive in July, shortly before the release of the iconic Power Loader exoskeleton, which is famously used by Lt. Ripley to battle the Alien Queen in one of the most thrilling scenes in the 1987 movie.