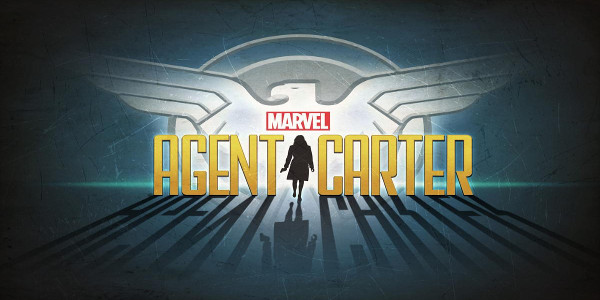 I’m still remaining cautiously optimistic about Marvel and ABC’s Agent Carter.  I want to be over-the-moon excited, counting down the days until the premiere… It stars a great lead in Hayley Atwell, it’s got an awesome prmise, set post-World War II in the earliest days of SHIELD’s formation and Hydra’s disappearance into the shadows.  And it’s being directed by some Marvel Studios heavy hitters including Louis D’Esposito (who directed the Agent Carter One-Shot that inspired this series), the Russo Brothers and Joe Johnson.

But a the same time, Agents of SHIELD seemed like a total winner based on everything we saw before the premiere.  And while I’m glad that show finally found its footing this season in a big way, it took a year of nearly unwatchable growing pains to get there.  So I’d be lying if the bad taste SHIELD left in my mouth wasn’t tempering my expectations for Agent Carter, if only a little.

That being said, Carter is bringing some big differences to the table.  The movie directors helming these episodes are bringing a higher production value and more cinematic look to the series.  I was totally impressed by the quality on display in the clip shown at New York Comic Con a few weeks back.  And, not for nothing, the premise of the Carter series sounds awesome, as outlined below:

It’s 1946 and peace has dealt Peggy a serious blow as she finds herself marginalized when the men return home from fighting abroad. Working for the covert SSR (Strategic Scientific Reserve), Peggy finds herself stuck doing administrative work when she would rather be back out in the field; putting her vast skills into play and taking down the bad guys. But she is also trying to navigate life as a single woman in America, in the wake of losing the love of her life, Steve Rogers – aka Captain America.

When old acquaintance Howard Stark (Dominic Cooper, Marvel’s “Captain America: The First Avenger”) finds himself being framed for unleashing his deadliest weapons to anyone willing to pony up the cash, he contacts Peggy – the only person he can trust – to track down those responsible, dispose of the weapons and clear his name. He empowers his butler, Edwin Jarvis (James D’Arcy, “Master and Commander: The Far Side of the World”), to be at her beck and call when needed to help assist her as she investigates and tracks down those responsible for releasing these weapons of mass destruction. But Jarvis, who is a creature of habit and sticks to a rigid daily routine, is going to have to make some major life changes if he’s going to be able to keep up with Peggy.

If caught going on these secret missions for Stark, Peggy could be targeted as a traitor and spend the rest of her days in prison – or worse. And as she delves deeper into her investigation, she may find that those she works for are not who they seem, and she might even begin to question whether Stark is as innocent as he claims.

So I think I’m ready to throw caution to the wind and let myself get officially excited for this series. Atwell as Peggy was one of the best parts of Captain America: The First Avenger, and the One Shot short proved her first performance wasn’t a fluke. And they’re got this really cool, pulpy story arc to tackle, set behind the backdrop of how Hydra was able to corrupt SHIELD from the very beginning.

All signs are pointing to a big win with this series… and you can check out a little teaser for it below: