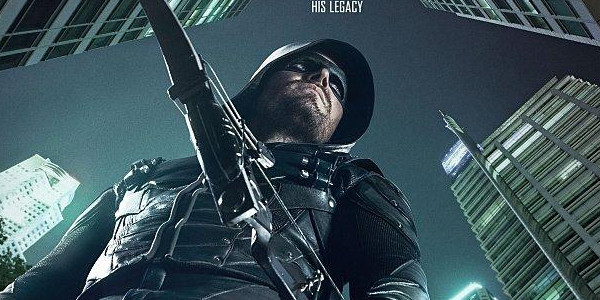 Breaking the rules is right, as Oliver learns that there might be a better way than the “better way”

In a surprising turn of events it looks like the Arrow might be taking a much darker turn than many had anticipated.  Obviously fed up with the way things are going in not only his life, but on the streets of his city, Oliver’s strapping on the murder gloves once again.  A lot of people might not appreciate this change, but I can’t help but think it’s a miracle that he went this long without taking the terminal approach.  Check out the trailer here.

There’s also the much shorter “Meet the Team” trailer

The focus of both of the trailers though is the same, and that’s the expansion of Team Arrow.  Here we see Evelyn Sharp (Madison McLaughlin) who will be going by the alias Artemis, Curtis Holt (Echo Kellum) who has been hinted, in the past, at becoming a variation of the DC Comics’ hero Mr. Terrific (I’d have to say that that might be going a little too far for the world of Arrow.  I have been surprised before though), and finally DC Comics’ own Wild Dog to round out the team.  The character’s name has been revealed to be Rene Ramirez,  (the comic version’s name is Jack Wheeler), and Mr. Robot and Reaper actor Rick Gonzalez will be playing the character.  The trailer also reveals a fourth person who was previously thought to be of minor note, that might just be a little more important than previously thought.  The role of Rory Regan (to be played by Joe Dinicol) has been described as coming “fresh from a personal tragedy,” (ew.com) and he might just be joining Oliver’s gang of misfits in a more permanent fashion as Ragman (though they should probably do something about the character design, because he looks just like Prometheus.)

As for the villains (besides Oliver… *zing*), here’s yet another look at Tobias Church (Chad L. Coleman) preaching, our first look at Dolph Lundgren (yes!), and just a hint at Cody Rhodes‘ role.  And of course the new dark archer, Prometheus.  This character isn’t a DC Comics’ character, but a new one that has ties to Oliver’s more brutal past as a vigilante (ew.com) While we have very little to go on, it’s clear that the hints are buried in the classics and to get a sense of the thematic significance of the name Prometheus one need look no further than Frankenstein.  Like the story of Frankenstein, Oliver is responsible for creating a monster, one that is a reflection of his own darkness.  This idea ties perfectly in to the theme of legacy, as Oliver leaves his mark on the world in ways that are both great and terrible.  It’s clear that the creative team behind the series is attempting to recapture the internal struggle behind the conflict in the second season of Arrow, and by showing (not just hinting at) the consequences of Oliver’s actions they might just be able to bring that personal touch back to the series.

Arrow premieres with “Legacy” on Wednesday October 5th and 8PM/7PM Central, only on the CW.