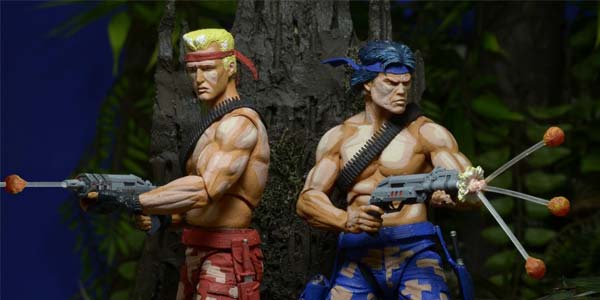 The heroes of Konami’s classic NES video game are getting captured in plastic for the first time ever.

NECA has been teasing a retro-themed announcement all week, and holy shit was it an amazing left-field reveal… the next installment in their wonderful retro video game figure collection will be a double pack featuring Billy and Lance, the heroes of the Konami classic Contra!  You guys… I can’t even.

Contra, of course, was the badass sci-fi sidescroller starring a Dutch Schaefer analog and a John Rambo analog facing off against all horde of Xenomorph analogs (which– seriously– flirted with the lines of copyright infringement so closely, one can only hope they bought the respective property patents a drink first).  But the duck-press game that encapsulated everything truly awesome about 80s action sci-fi earned its place among the best early Nintendo games, and speaking truthfully I’ve been dreaming of seeing these characters get the toy treatment since I was about 8 years old.

As the game’s designs borrowed so liberally from Arnold Schwarzenegger’s Predator mercenary, it makes total sense that NECA would reuse their Dutch body for the base of this pair, while outfitting them with all new headsculpts inspired by the video game box art, re-creations of the classic Contra weapons (complete with removable blast effects to simulate the various munitions you could use in the game), and even a power-up capsule accessory!  The figures are finished off with a stylized, “pixilated” paint deco to match the characters’ on-screen appearance, and it’s another great success for NECA in the design department.

The other thing that makes Contra an interesting choice is, unlike the previous movie game-inspired retro figure they’ve tackled, Billy and Lance are original video game characters.  If this is a one-off, they’re a cool pair to tackle… but if the Contra guys are the premiere figures in a line that could include other retro video game icons, then NECA may have in their hands the most exciting toy line of 2016 and beyond.

I seriously never would have imagined today’s reveal would be Contra… which is especially funny, as I’ve been piecing together parts I need to build a pair of custom figures ever since NECA released their first Dutch figure in the Predator series.  This is such cool news!  Check out photos and more info straight from NECA below:

We are proud to welcome a long-awaited, frequently requested addition to ‪‎NECA‬’s line of classic video game tribute figures — as well as the first appearance of non-movie-based characters in the series. This special edition 2-pack from the fan favorite video game ‪‎Contra‬ includes ‪‎Bill‬ and ‪‎Lance‬ in an homage to their 8-bit glory days with Konami.

Standing approximately 7” tall, the figures have all new head sculpts and “pixilated” paint deco. The set includes custom-designed weapons based on the classic game; detachable blast effects for the weapons; and that infamous power-up capsule with a clear support stand for “floating” effect. Special window box packaging recreates the look of the classic game cartridge. Starts shipping to retailers in April 2016! 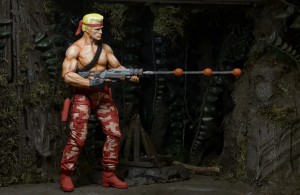 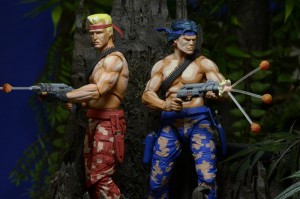 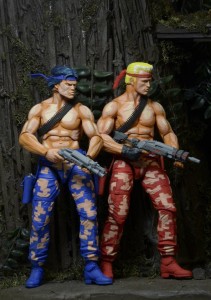 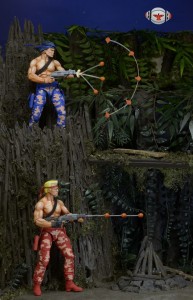 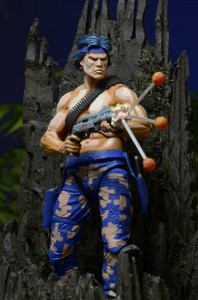 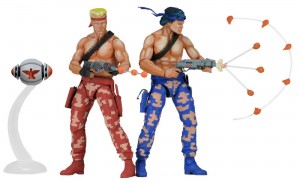 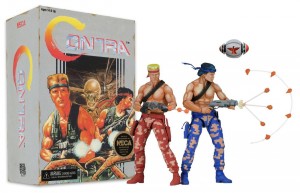