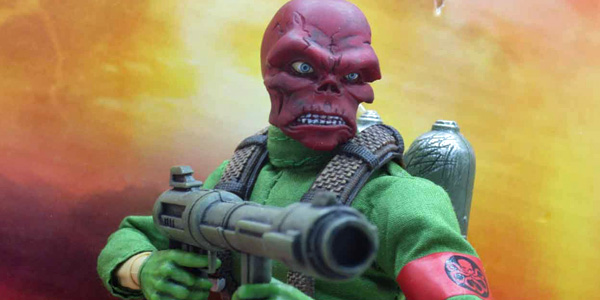 The Red Skull’s most iconic look is immortalized in Mezco’s One: 12 Collective.

Making a toy out of a Nazi is tricky business (The Fwoosh already brought to light here how it’s especially strange in the wake of the Donald Trump presidency), which is why it baffled me that in the history of Red Skull toys, none focused on Captain America’s arch nemesis in his least egregious outfit– a simple green jumpsuit with jackboots.  This Kirby-era outfit is far less innocuous than the Skull’s later SS-style black uniform, and yet it’s almost never been tapped for the variety of Red Skull toys released over the years. Maybe it’s too simple, or the green onesie was deemed not cool enough… but Mezco has finally addressed this choice head-on with the release of their New York Comic Con exclusive Red Skull variant.

And thanks to the excellent craftsmanship of the One: 12 Collective, this simplistic variant of Red Skull still manages to make for a fantastic action figure, as imposing as he is practical in his style… which still pays perfect tribute to the WWII era/ Kirby aesthetic.

This pre-release Red Skull not only draws from a less-focused-on corner of the villain’s history, but is actually the superior version of the character within the One: 12 Collective. He includes all the highlights from both One: 12 Skulls– the variant hands, both expressive alternate portraits, and the ever-present Cosmic Cube– but swaps out the standard release’s trenchcoat for a totally sick flamethrower with backpack. 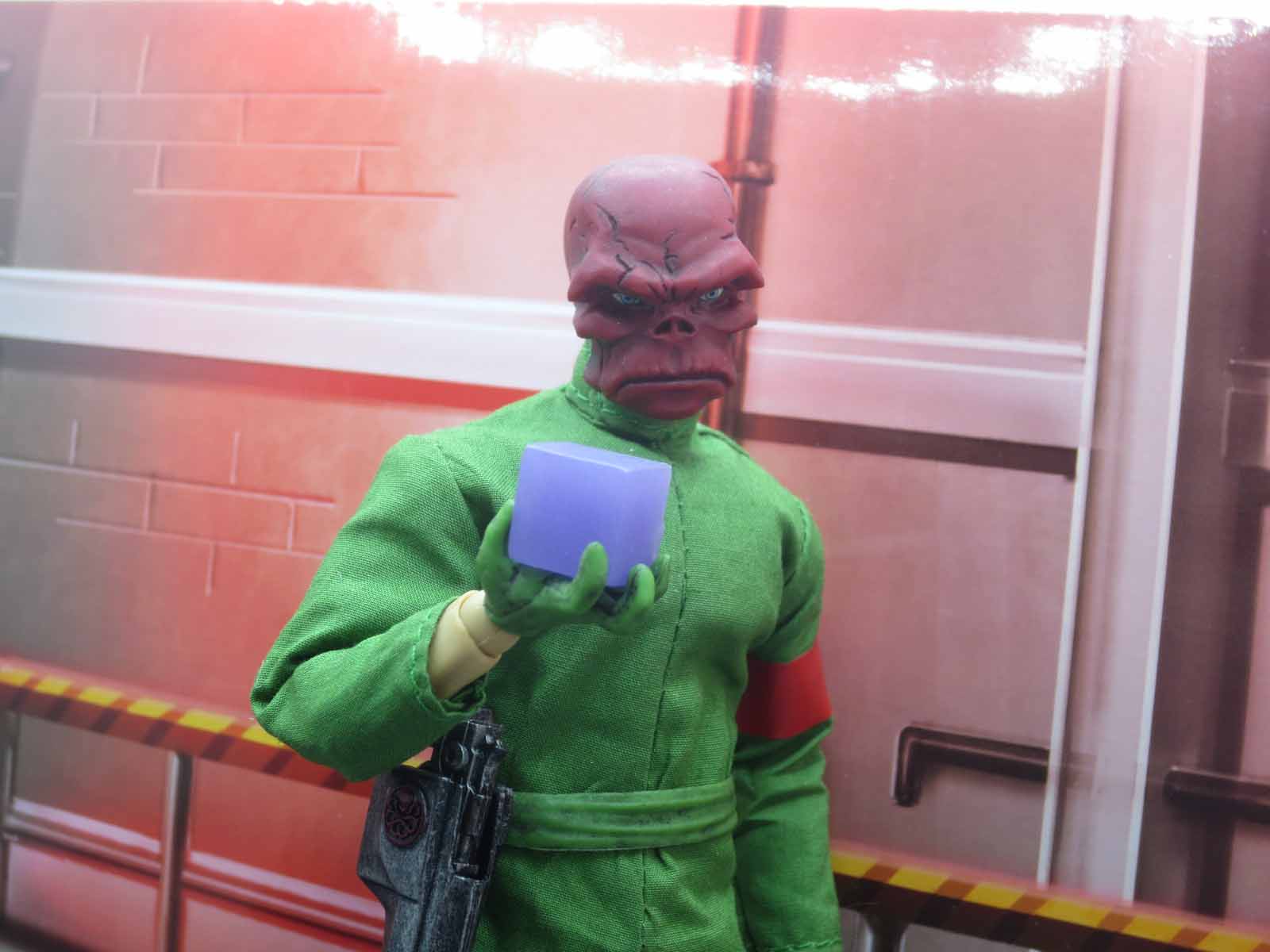 But to call this figure a companion piece would be selling him short– Mezco’s Red Skull is hands down the finest toy interpretation of the long running villain ever committed to plastic (and fabric, as this case may include). The base body features all the great articulation we’ve come to expect from the One: 12 Collective, while the slick green jumpsuit features a loose fit that distinguishes the figure from Mezco’s Daredevil, the last Marvel character to employ this particular body. The Skull’s alternate hands are a smart mix, including trigger fingers for the flamethrower and his sidearm, a pair of fists to duke it out with Cap, and an open hand perfectly cast to grasp the purple-hued Cosmic Cube the figure includes.

Similarly, the two alternate portraits are both ideal choices for the figure. The closed-mouth headsculpt conveys a gravitas perfect for the villain, while the open-mouth variant head taps into Jack Kirby’s character design, while maintaining a sense of realism (and providing a great after-effect expression for the figure getting punched in the face by Cap).

The Red Skull also includes a Hydra insignia display base in green and red– matching his uniform with the Hydra red arm band– and that covers the extent of his accessories. He’s a little sparse compared to other One: 12 Collective releases, but that justifies his smaller size box and status as a convention exclusive.

And that brings up my last concern with this otherwise great figure. I’m not sure how Mezco considers production runs, but I’ll say this– I attended New York Comic Con on the first day, and when I went to the Mezco booth a few hours after the Con doors opened, I was informed this figure had already sold out… for the entire weekend. Yes, preorders were available in advance of NYCC, but if he was being touted as an exclusive to that show, it didn’t sit right with me that he should be unavailable after the first two hours the Con was open. Mostly, my issue comes from the fact that a figure this great deserves every opportunity to become a part of every toy collection possible. Sometimes it’s a fine line between over and under producing, especially when it comes to convention exclusives… but I hope Mezco is paying attention to the sell out rates of their exclusives to date, and will respond accordingly for future offerings.

Regardless of the nuts and bolts of his release, it’s impossible to deny the classic One: 12 Collective Red Skull is anything but THE definitive action figure of this integral villain to the Captain America and Marvel mythos. 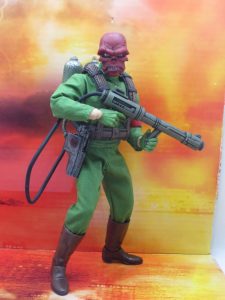 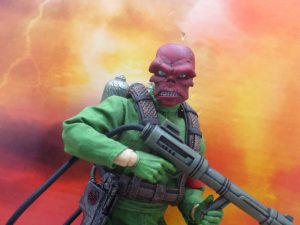 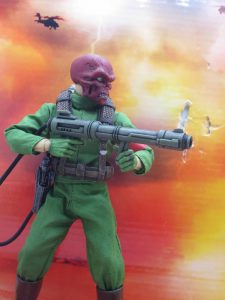 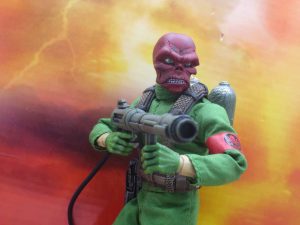 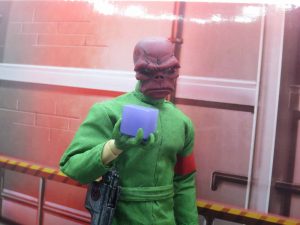 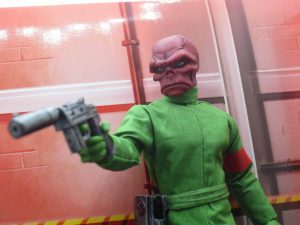 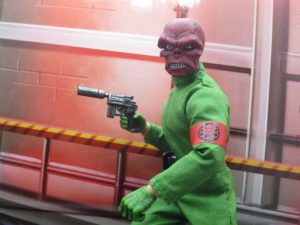 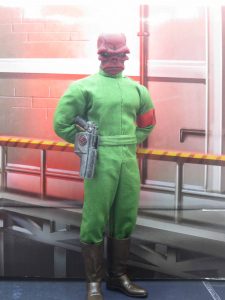 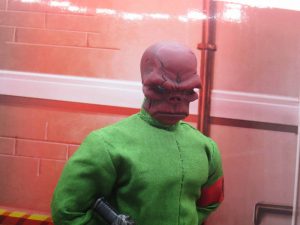 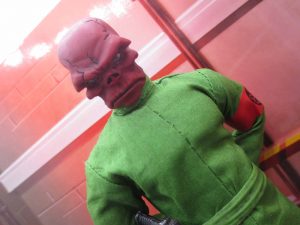 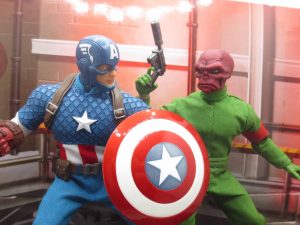 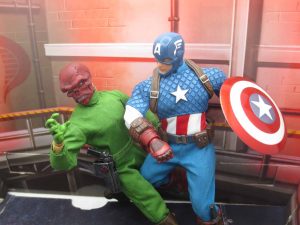 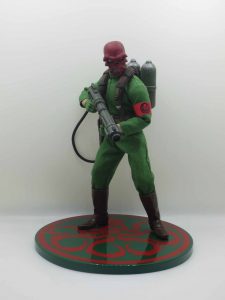