The One:12 Collective Presents Spock

The One:12 Collective is proud to present one of the most iconic and enduring characters in the pop culture lexicon: Spock from the original Star Trek series. 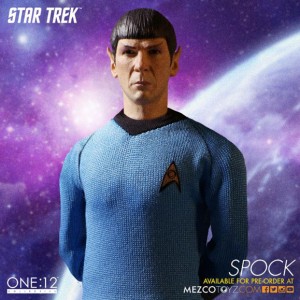 First introduced to audiences in 1966, the Star Trek series was a landmark show that sparked in countless fans a love of science, space and technology, and inspired many real world inventions.

Spock, powerfully portrayed by Leonard Nimoy in both the TV series and in the film franchises, embodied a new kind of TV hero: calmly logical, and cerebral but not completely devoid of human emotion. Spock has transcended his genre and has been voted one of the 50 Greatest TV Characters and has recently had a mountain named after him on Pluto.

Digitally modeled to craft an uncanny actor likeness and assembled on a One:12 Collective body with over 28 points of articulation, this figure features a series accurate outfit to create an amazing collectable. 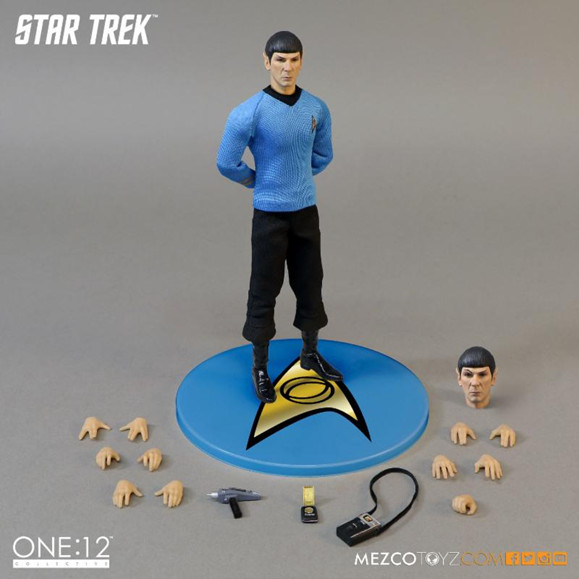 The One:12 Collective SpockÊ features:

– Incredible sculpted details capturing the likeness of this complex character

Included with this figure:

– One “Live long and prosper” hand

– One set of posing hands

– One set of fists

– Communicator with flip up panel

– Display base and posing stand

Each figure is packaged in a deluxe, fifth panel window box featuring character specific artwork and a translucent acetate slipcover. Designed for collector convenience, the packaging has been especially engineered to allow for both maximum protection without sacrificing ease of removal for display.

Spock is available for pre-order now for shipment in April/May 2016.