The One:12 Collective Presents Sulu

From the original Star Trek series and the bridge of USS Enterprise NCC-1701 comes Chief Helmsman, Hikaru Sulu, one of the iconic series’ most celebrated crew members.
The groundbreaking character of Mr. Sulu, portrayed by the inimitable George Takei, bravely guided the starship during its original five-year mission.

Sulu was originally the department head of Astrosciences; he was also an accomplished botanist, fencer, noted expert on projectile weapons, and pilot of “antique” aircraft. He assumed command of the ship on at least four occasions, repeatedly proving himself a skilled and valuable member of the Enterprise crew.  Hikaru Sulu went on to become Captain of his own vessel and was honored with a holographic portrait in Starfleet Headquarters. 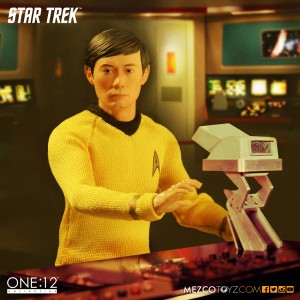 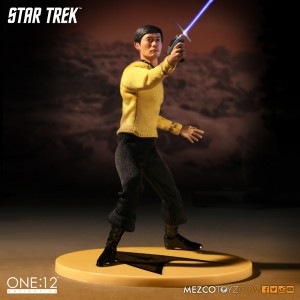 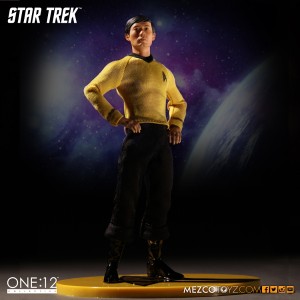 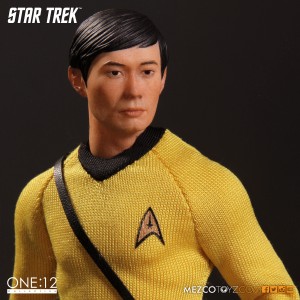 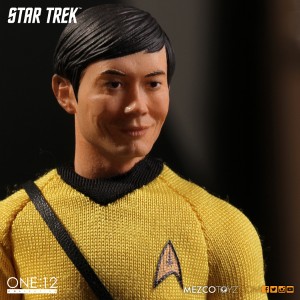 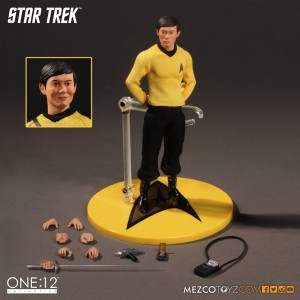 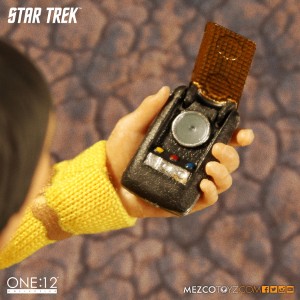 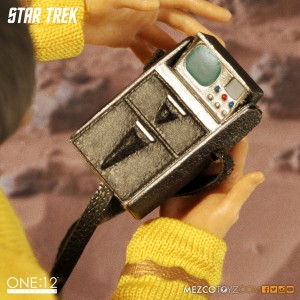 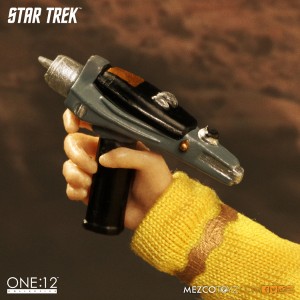 Each figure is packaged in a deluxe, fifth panel window box with translucent acetate slipcover. Designed for collector convenience, the packaging allows for both maximum protection as well as ease of removal for display.
As The One:12 Collective’s Star Trek line expands, come join us and boldly go where no collectible line has gone before.
Chief Helmsman Sulu beams into stores in June/ July 2016 and is available for pre-order at
http://www.mezcotoyz.com/item/76162/one-12-collective-star-trek-sulu/1.html
Be sure to follow Mezco on Facebook
https://www.facebook.com/MezcoToyz
And Twitter
https://twitter.com/mezcotoyz