The One:12 Collective – Shazam

When young Bill Batson speaks the  word “Shazam!” a magical lightning bolt transforms him.
Embodied with the wisdom of Solomon, the strength of Hercules, the stamina of Atlas, the power of Zeus, the invulnerability of Achilles and the speed of Mercury he is now Shazam, the world’s mightiest mortal

Meticulously developed to capture the classic heroic look of the character and outfitted on a new One:12 Collective body, the costume has some amazing details. The final product blends to create a timeless icon with a “real world” look.

Included are some fantastic accessories that will please true Shazam fans. 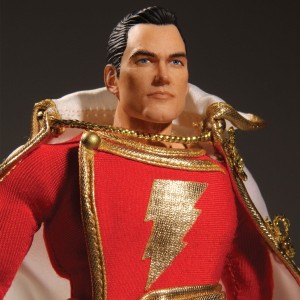 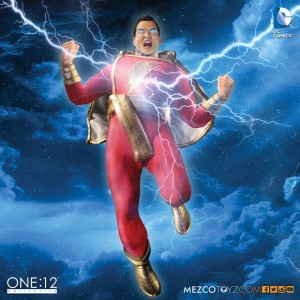 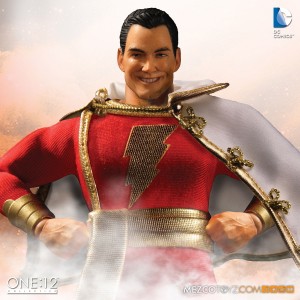 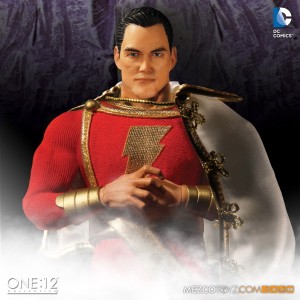 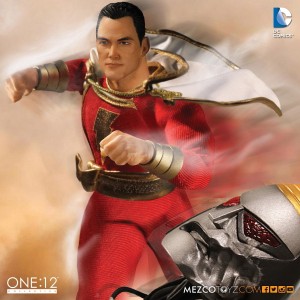 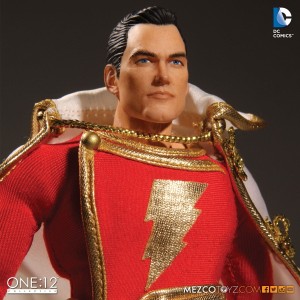 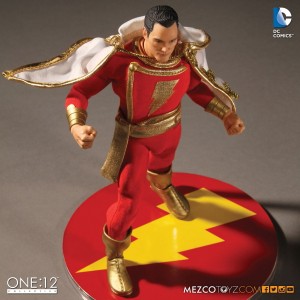 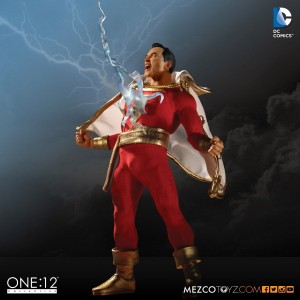 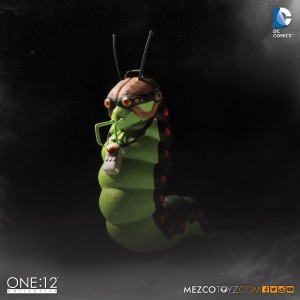 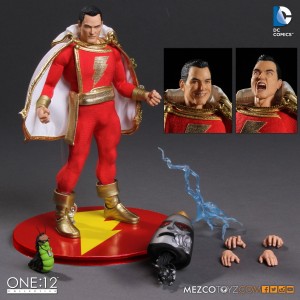 Packaged in a deluxe, fifth-panel window box with a translucent acetate slipcover. Designed for collector convenience, the packaging allows for both maximum protection as well as ease of removal for display.
Shazam flies into collections in July/August and is available for pre-order at
http://www.mezcotoyz.com/one-12-collective-shazam
Be sure to follow Mezco on Facebook
https://www.facebook.com/MezcoToyz
And Twitter
https://twitter.com/mezcotoyz