The Joker Invades The One:12 Collective 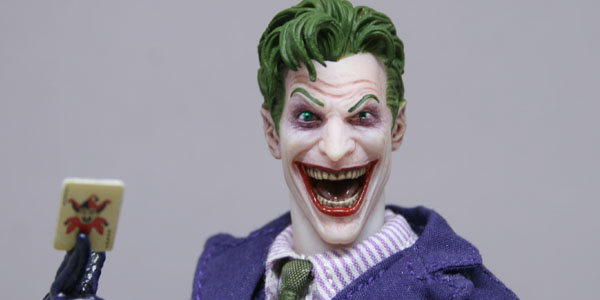 Mezco’s One:12 Collective Joker is one of the best toys ever made for the Clown Prince of Crime.

We’re seeing a few unique aesthetics within Mezco Toyz’ fantastic One:12 Collective, but the most exciting might be their realistic takes on the heroes and villains of the Marvel and DC universes. The Joker is the perfect representation of this style, and his debut in the One:12 Collective is one of the highlights of a series filled with them.

The Joker is depicted in his iconic purple suit, rendered in a well tailored fabric, complete with a vest, tie and short sleeved shirt underneath. While many of the One:12 figures are not intended to feature removable clothing, Joker’s jacket comes on and off with ease, giving you a few fun display options.

The figure features the slender base body, perfect for Batman’s arch nemesis, and his accessories are awesome. Joker comes packing an oversized pistol, a set of chattering teeth, and a multitude of alternate hands, including one posed to hold a Joker playing card.  Like other One:12 figures, Joker also includes alternate headsculpts… in this case one features a diabolical grin, while the other sports an open mouthed laugh, with mussed up hair.

While I can’t pin down any particular artist’s style this figure was based on, he does a great job of encapsulating the villain at his most classic and iconic. His articulation allows you to strike any number of great poses, which are accentuated by the alternate body parts I mentioned earlier.  As is usually the case with Mezco’s One:12 figures, the true charm of this guy are in the small details, most notably his black and yellow Batman themed socks. It’s such a fun, clever touch that adds depth and detail while staying entirely true to the character.

The Joker is available now, and he’ll soon be joined by the Ascending Knight Batman and Catwoman, to form what is shaping up to be an impressive range of Batman themed action figures within the One:12 Collective. I can’t wait to see what other heroes and rogues Mezco sets their sites on next! 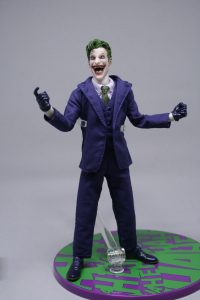 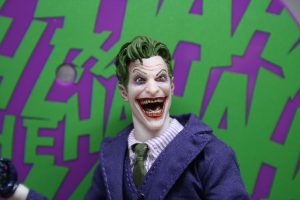 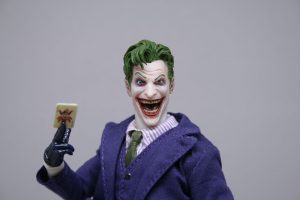 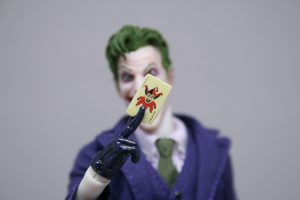 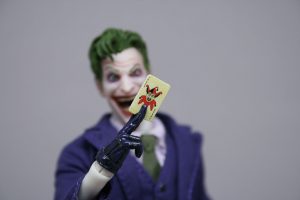 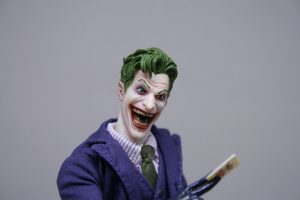 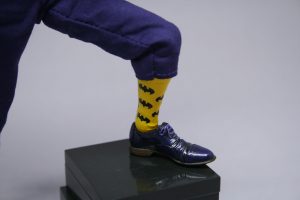 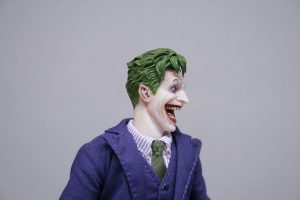 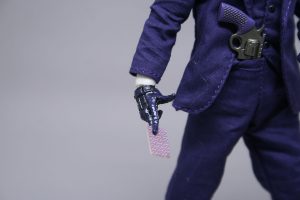 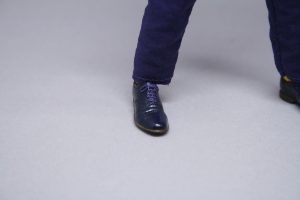 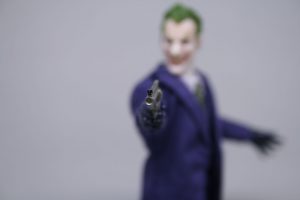 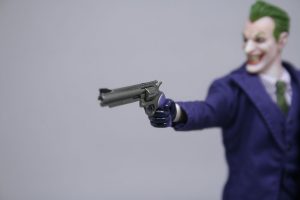 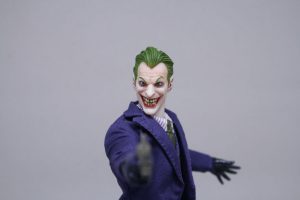 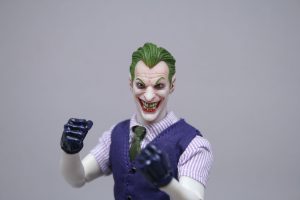 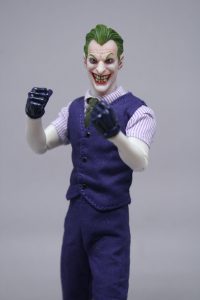 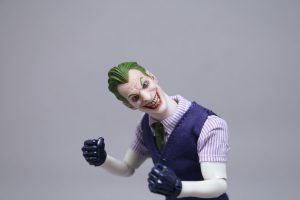 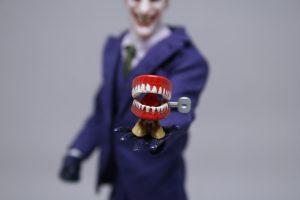 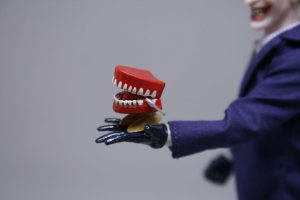 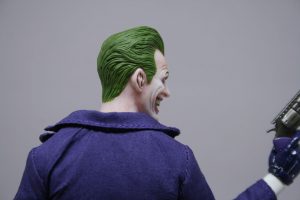 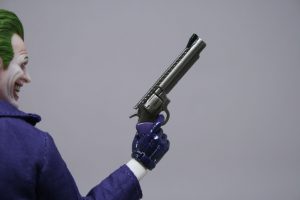 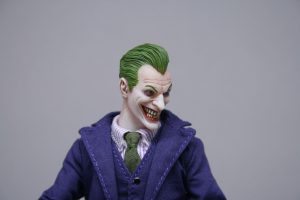