One:12 Lawmaster: Judge Dredd Gets Some Sick Wheels 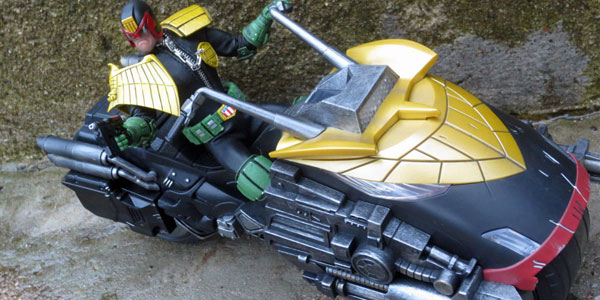 Possibly the most exciting part of Mezco’s game-changing One:12 Collective is their willingness (even eagerness) to evolve.  What started as variations of Batman from The Dark Knight Returns, as well as 2000 AD’s Judge Dredd, quickly expanded into a full toy line featuring a wide range of properties, all with the same attention to detail, articulation, and a smart selection of the best materials for every aspect of each figure.

But the boldest decision Mezco made might be the release of the Lawmaster vehicle in scale with Dredd.  This piece started as a display prop used to showcase the One:12 Dredd figure at Toy Fair a few years back, but response to the vehicle was so positive, Mezco decided to turn it into a reality.  The end result sports a fantastic sculpt– a big, wide-tired, beefy iteration of Dredd’s iconic bike– enhanced with multiple light and sound features. 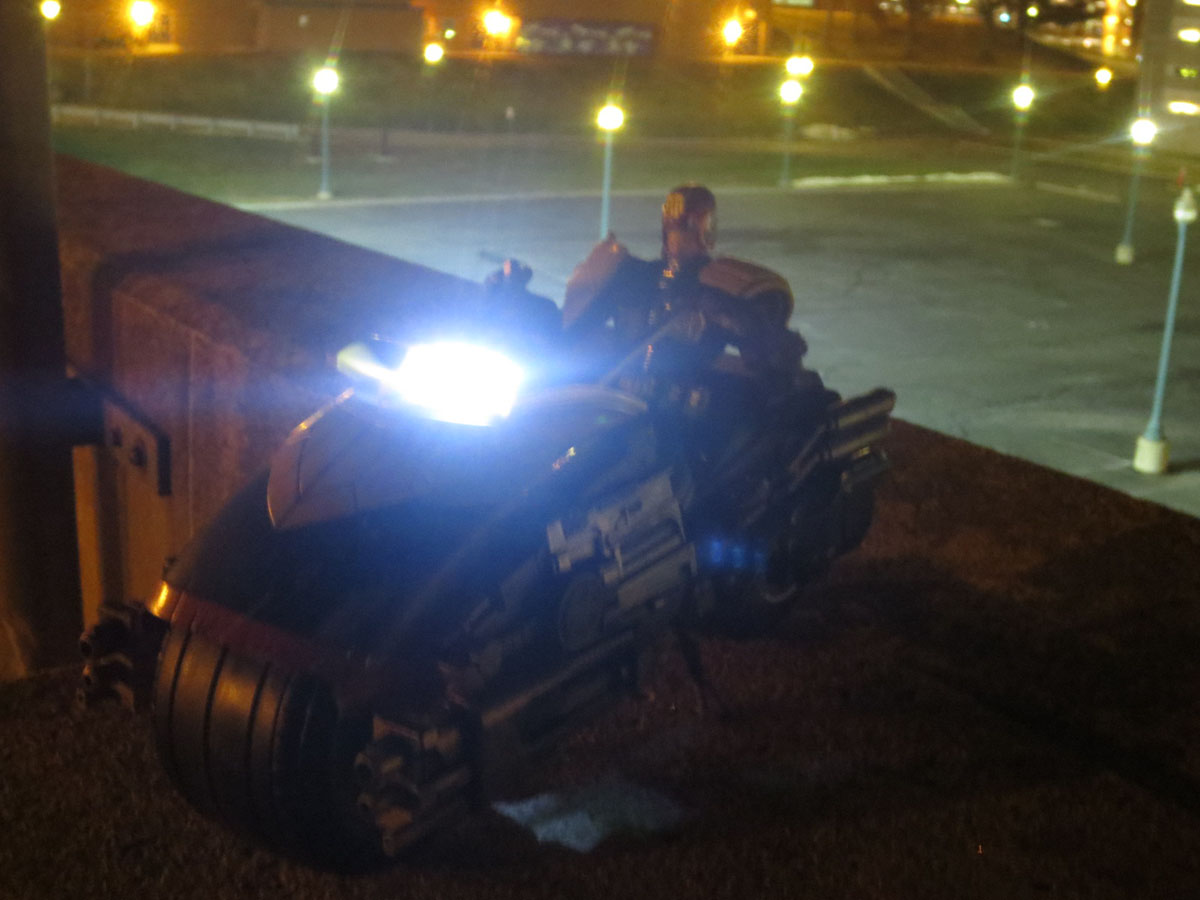 This thing is a beast.  The Lawmaster is perfectly in scale with Mezco’s figure, and Dredd can be posed perfectly on his ride.  From the eagle-armored front grill, to the wide rubber tires that give the bike a perfect sense of balance (with or without the kickstand), this is an outstanding vehicle worthy of the One:12 name, based on sculpt and design alone.

It’s the added features, though, that truly make the Lawmaster so great.  The most overt are the multitude of button activated lights and sounds built into the cycle. These include an illuminated dashboard, head and tail lights, and sound effects to emulate the cycle’s engine revving, machine guns blazing, and more.  There’s even more cool features included with the Lawmaster, too, like the alternate set of hands sculpted for Dredd to grip the bike’s handle bars, as well as a working storage hatch which houses the handcuffs included with the Dredd figure himself– a brilliant touch that perfectly illustrates the thoughtfulness all over the One:12 Collective.

The original Lawmaster was released along with a Judge Dredd figure. But for the sake of those of us who already owned Dredd himself, Mezco also released a driver-less Lawmaster, which is available now.  If you want to pick up this great piece– the One:12 Collective’s first ever vehicle– you can order it now from Mikes Comics N Stuff. 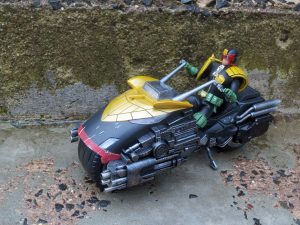 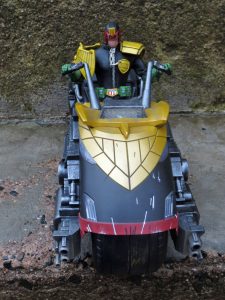 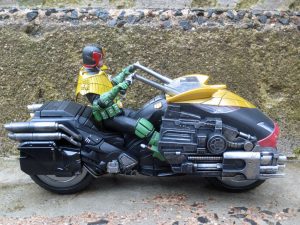 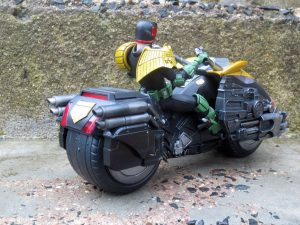 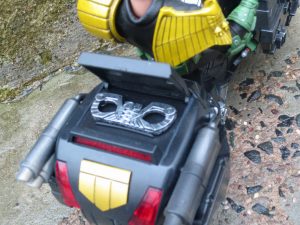 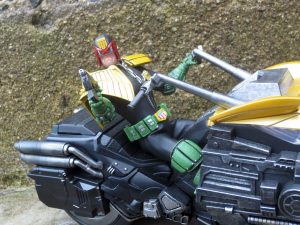 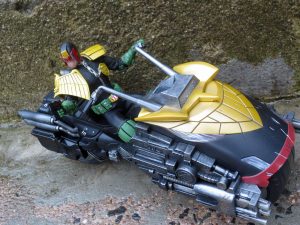 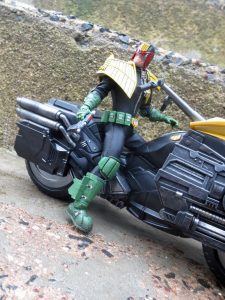 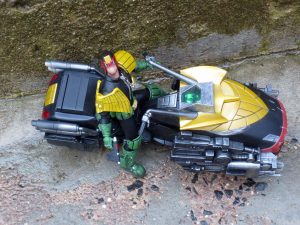 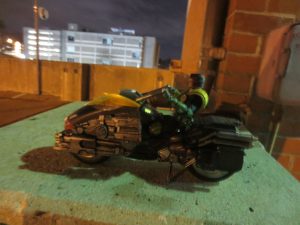 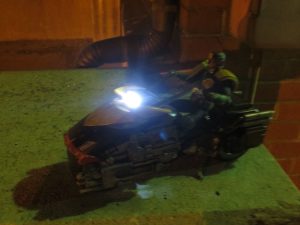 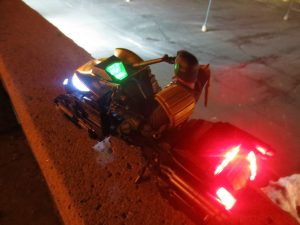 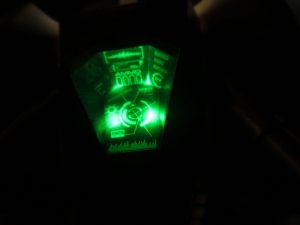 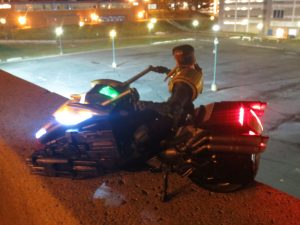 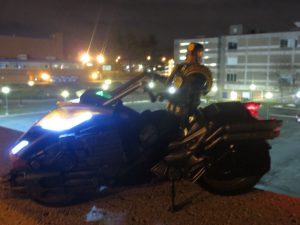 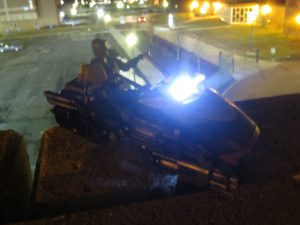 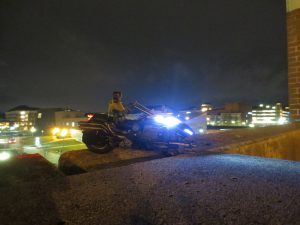 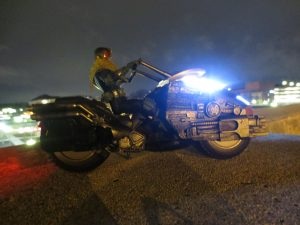 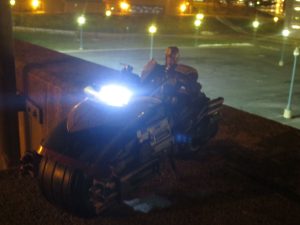 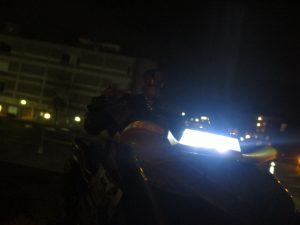 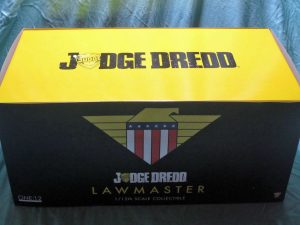 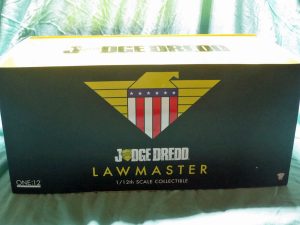 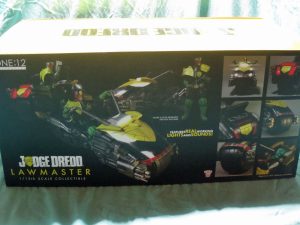 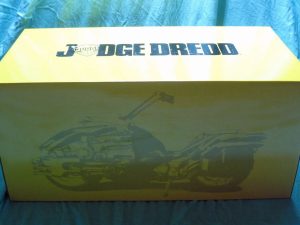