The Punisher: Mezco’s Best One:12 Figure So Far 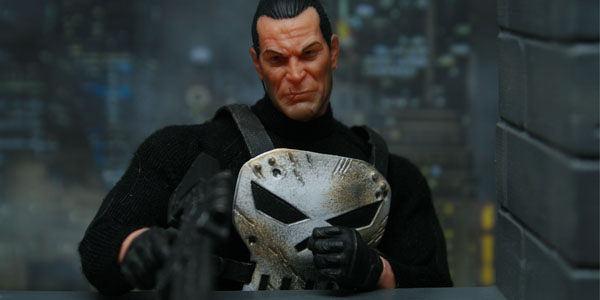 Mezco’s take on The Punisher makes for the greatest One:12 Collective release we’ve seen thus far.

What makes a perfect action figure? Part of it is engineering, a mix of useful articulation to allow for maximum poseability (and playability)… part is sculpt and paint work… part is faithfulness to the source material… and the last bit is the intrinsic sense of coolness you feel actually having the figure in your hands.  The One:12 Collective Punisher hits all these bases.  And he’s a perfect action figure.

Mezco’s style choices when it comes to comic book heroes is to lean into realism, and a paramilitary character like Frank Castle is the perfect subject for this approach. His tactical gear, body armor, and tactile costume and weaponry are tailor made to the One:12 aesthetic, but Mezco’s toy somehow over delivers on what would already be the perfect subject.

Punisher features a nicely tailored black costume, complete with a 3/4 sleeve sweater and cargo pants. On top of this is his web gear, including a combat ready belt and a kevlar vest that incorporates his iconic skull insignia into its shape. This is a remarkably clever way to bring The Punisher’s goofiest costume trait into the real world, as something practical and more than a little bit badass.

We get three alternate heads with this figure– a neutral sculpt that shows off the age and anger eating at our antihero, a screaming face in full-on rage mode, and (my favorite by far) a beat up head with a black eye and a bandage across the bridge of the nose. All three are really good, but this final head is so packed with personality, i find it hard to opt for either of the others in my display.

Frank also features a multitude of swappable hands, and a shocking amount of weaponry, including a knife, 9mm, machine gun, grenade launcher, and a submachine gun… each of which is incredibly well sculpted and feature great accents like removable magazines and shells, and a firing effect that clips onto most of the muzzles.

Some One:12 figures are heavier on accessories than others, but The Punisher is the first who feels one hundred percent complete with what he’s packing… I cannot think of any more gear that would make sense for this guy.

It all comes together to form one of the most fun action figures I’ve ever owned. I cannot stop posing him, swapping out his hands and weapons, and having him square off against any number of 6″ plastic opponents. This is hands-down the best Punisher figure of all time, and the best One:12 figure to date… but he’s so great, I’d have to put him somewhere in my top ten toys of all time. 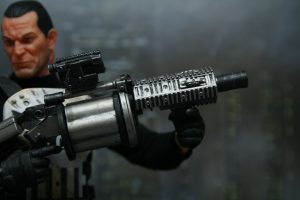 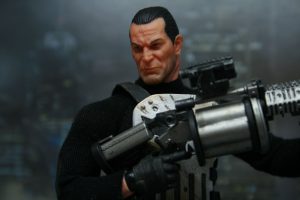 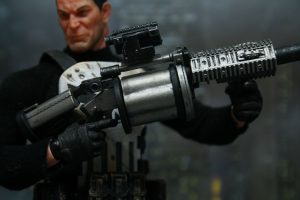 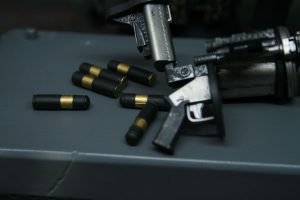 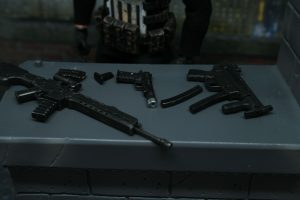 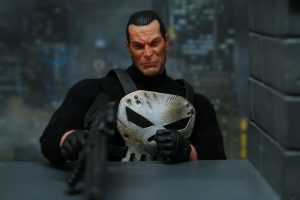 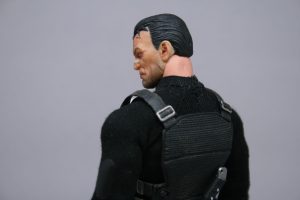 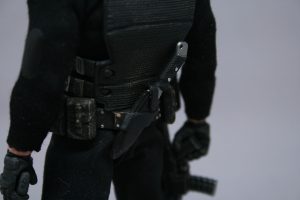 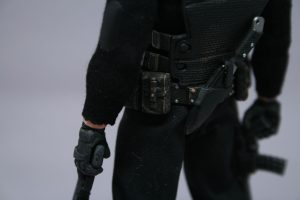 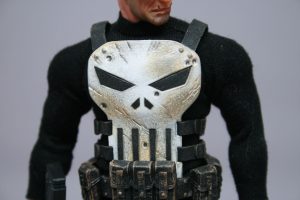 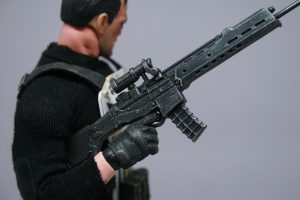 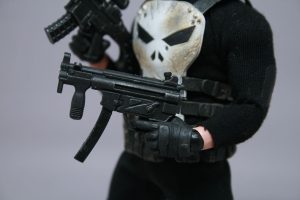 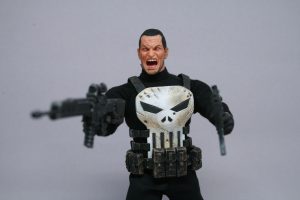 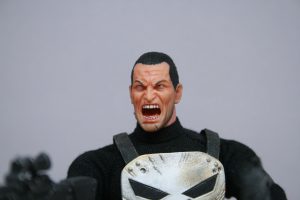 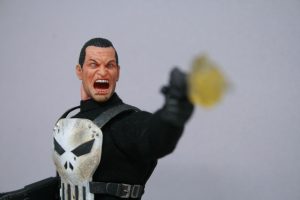 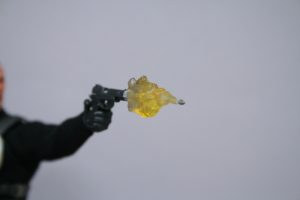 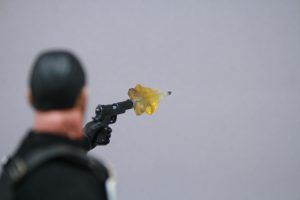 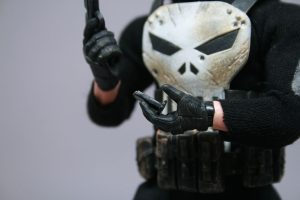 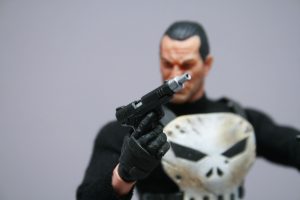 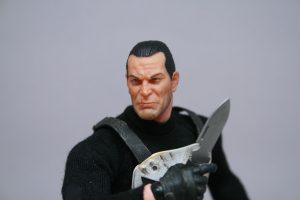 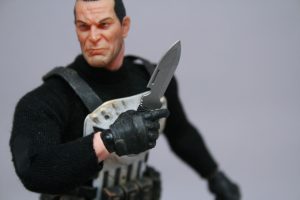