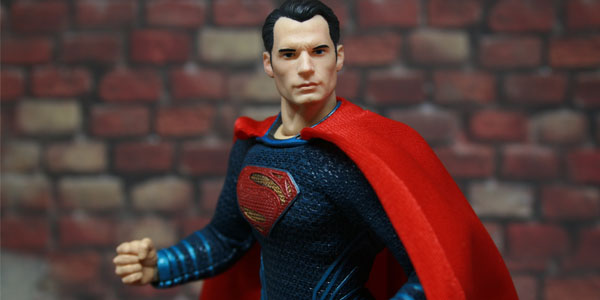 Mezco brings Superman to the One:12 collection, based on the look Henry Cavill sported in Batman Vs. Superman Dawn of Justice.

Even though the DoJ polarized fans, the film does have some stand out moments. Affleck as Batman and Gadot as Wonder Woman stole the show, but there is no doubt that Henry Cavill is the Man of Steel. We have seen a few Batman figures from the film , but this is the only version of Superman so far. There were a few looks over the 3 films that Cavill has portrayed Superman, but this dark look matches the darker color palettes in DoJ.

When you open up the box you will notice that Superman is a little light in the accessories area compared to other One:12 figures. He comes with three heads, one of which has heat vision, six hands,and a Gotham City sewer cover that breaks in half. The sewer cover feels light and a little brittle, but holds up just fine for some posing.

The star of this figure is the head sculpts, the likeness to Cavill is stunning. It captures the harder hero we see in the film fighting to save his city. The suit also give collectors an attention to detail that many other figures are lacking. The symbol, the highlights in the suit, and the cloth cape all add to the overall look of the figure. Like the other One:12 figures included is a stand with the BVS symbol on it and it comes with multiple clips for posing, including multiple flying positions.

To appease the collectors there are a few small things that could have made a good figure a great figure. Since this is part of film line of figures adding a few more accessorizes that are compatible with Batman would have gone a long way with collectors. And does The Man of Steel need accessories? Well what could have been added to improve this figure is the hood Including the hood for Nightmare Batman, the kryptonite gas effect from the brawl, or heat vision with actual red rays coming out of the eyes all would have been small but amazing add-on’s for him.

Looking at just the figure, he is near perfect. The likeness to the actor, as well as the cloth costume make this my standard DC Film Superman figure. Add in the fact that we have three Batman figures to pair him up with and the posing and display options are endless.

This figure is sold out on Mezco’s site and our sponsor Mike’s Comic N Stuff, but he still has a lot of Mezco One:12 figures in stock. So make sure to head over before they are all gone. 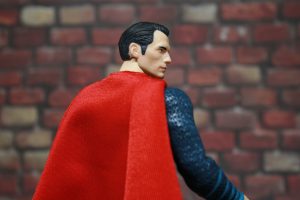 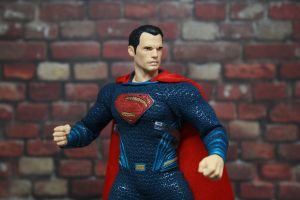 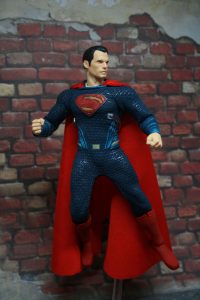 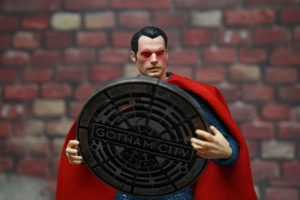 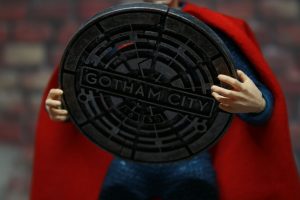 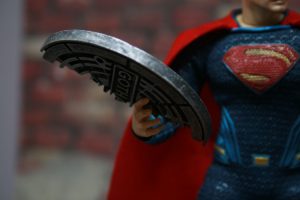 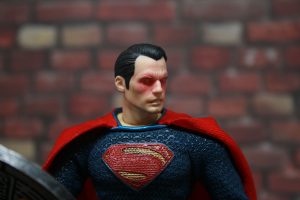 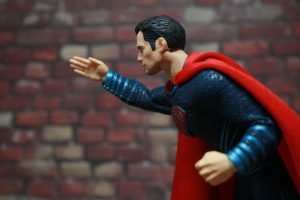 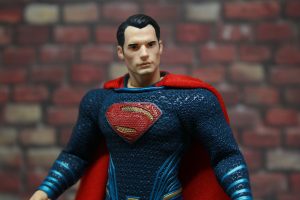 This post was sponsored by Mike’s Comics N Stuff.