Once Again Optimus Is My New Figure 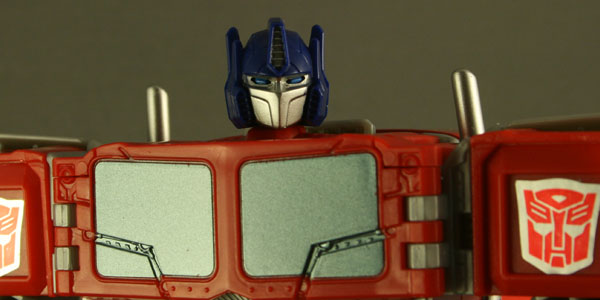 Well it happened again, I got another Optimus Prime.

I have been buying the leader of the Autobots for the last 30 years. It seems like a cycle, every time what I think is a better version comes out I have to have it. The pattern of collecting demands we all do this, which is why from time to time collectors post auctions on Ebay for a box of 30 of the same Spider-man figures.

This time it’s Optimus Prime who is once again the newest addition to my collection. I have waiting for a properly sized version of Optimus since the first wave of Classics. I bought the first version over 10 years ago and thought he was the best one ever made, but after getting the new one I am once again proved wrong. Standing the two side by side, it is easy to see the shortcomings of the first one, which were much harder to see in the past.He is smaller, the head is close but not classic enough, and the colors are slightly off, making him look more like a late 90’s toy then a true Optimus Prime

This new version, part of the Combiner Wars line, has the size and the look of the classic leader. He is painted in the classic bight red, matte blue, and sliver. In bot mode, he towers over the others, like the old cartoon, with enough flexibility to pose him in action shots. The vehicle mode is not as impressive, looking more like a bullet train car, than a truck. The edges are smooth, with no angles that really make look like a real like truck. One of the other things collectors will notice is the weight of the figure. Over the past few years the heft of the figures has decreased, making them feel much cheaper than they are. The loose joints make transforming easy, when you pop off a piece it goes right back on. It is also pretty intuitive when transforming the figure, just like the classic G1 figure. He also can become the center of the Combiner, but for me this is as big as he will get.

The increase in bot detail and size make it easy to forgive the vehicle mode. So it looks like my first Classics Prime will be up for auction soon, because this will become my standard classics Optimus. 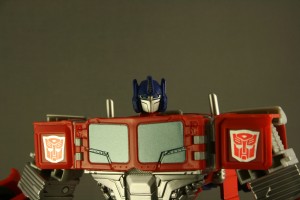 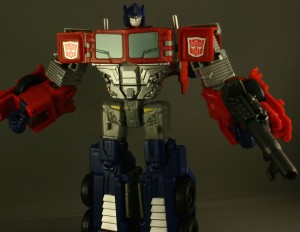 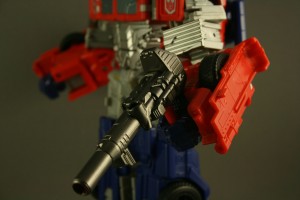 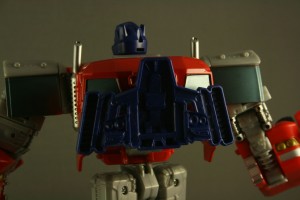 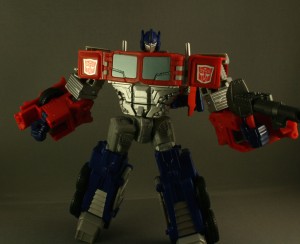 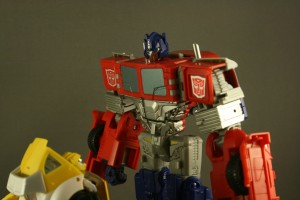 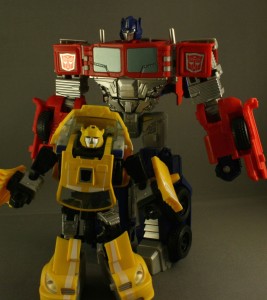 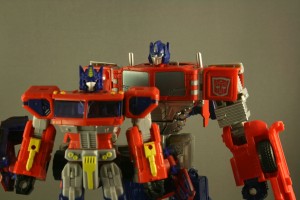 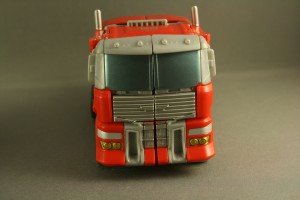 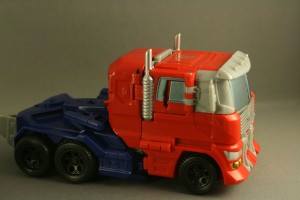 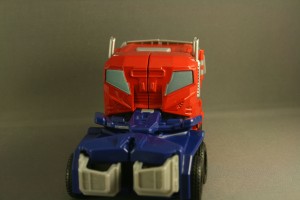 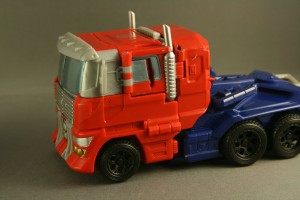 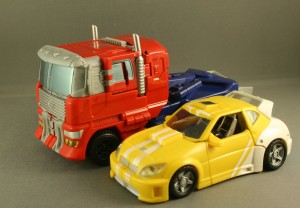 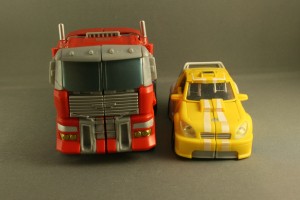