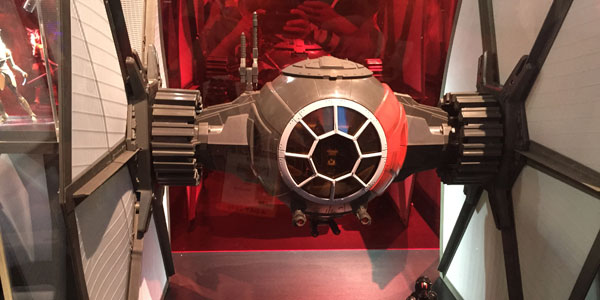 The Tie Fighter– and its pilot– get an updated look in Star Wars Episode VII. See them first here!

Earlier today, Hasbro held their Star Wars panel at Comic Con, and while there was surprisingly little in the way of The Force Awakens toys revealed, we did get our first look at the newly redesigned Tie Fighter and First Order Pilot, as they will appear in the new movie and it’s Black Series toy line.

Like other previous (nee) Imperial designs, both the ship and trooper are instantly recognizable, but streamlined and updated.  The Tie looks killer in its new colors, with a black body and red highlights… this goes along with many of the aesthetic designs we’ve seen previously within the First Order.

The Tie Pilot is very cool, employing a new style Stormtrooper helmet (in black, of course), along with new body armor on the arms and a few extra straps hanging from the belt.  It’s a slightly more militarized look, and I really dig it.

It should be noted, these toys are both part of Hasbro’s 6″ Black Series, meaning this Tie Fighter is going to be HUGE– those are 6″ scale action figures hanging out next to it in the photos– clocking in over two feet long.

I have no idea where I am going to put this thing, but I need it.  You know you do, too. 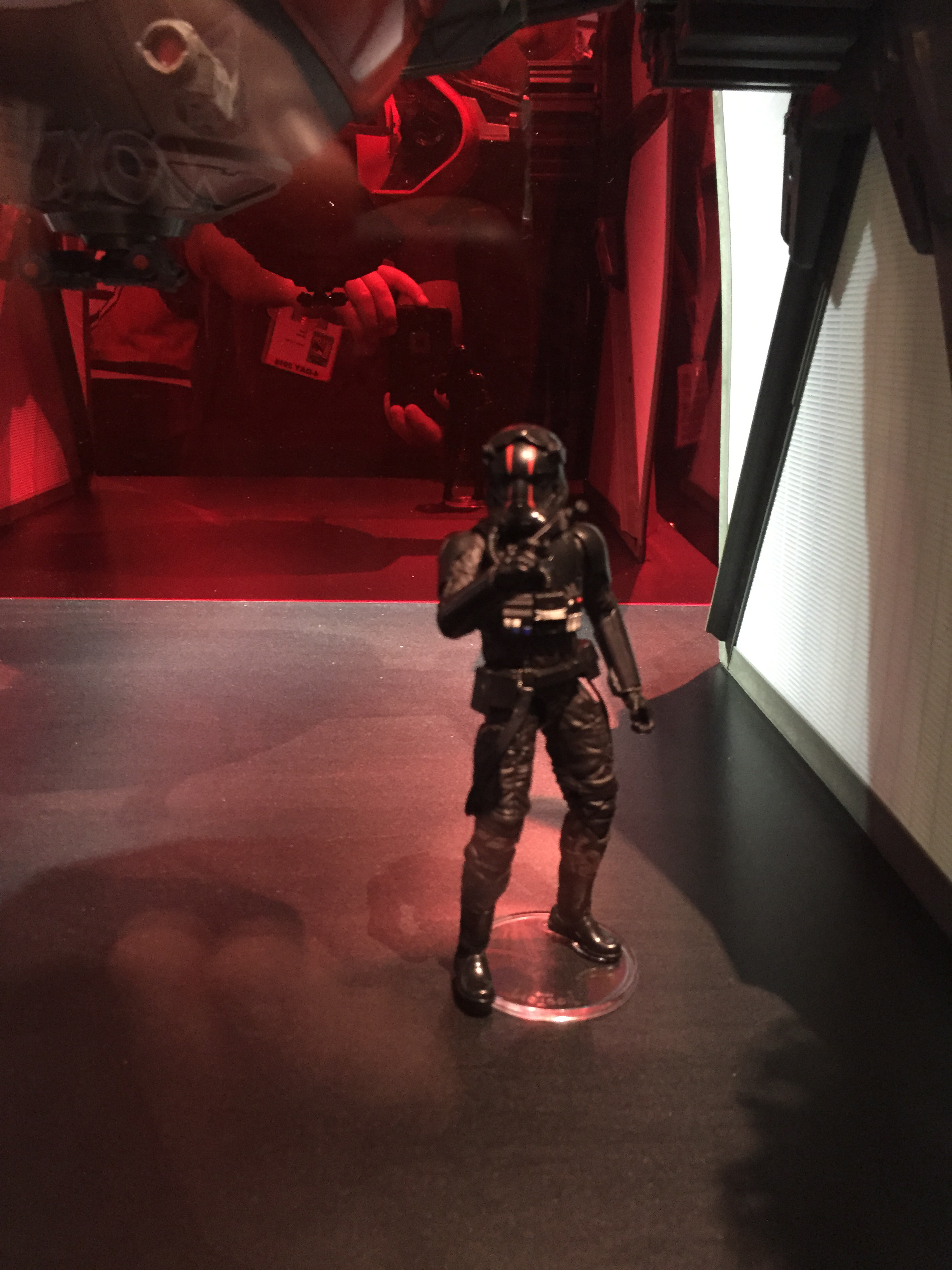 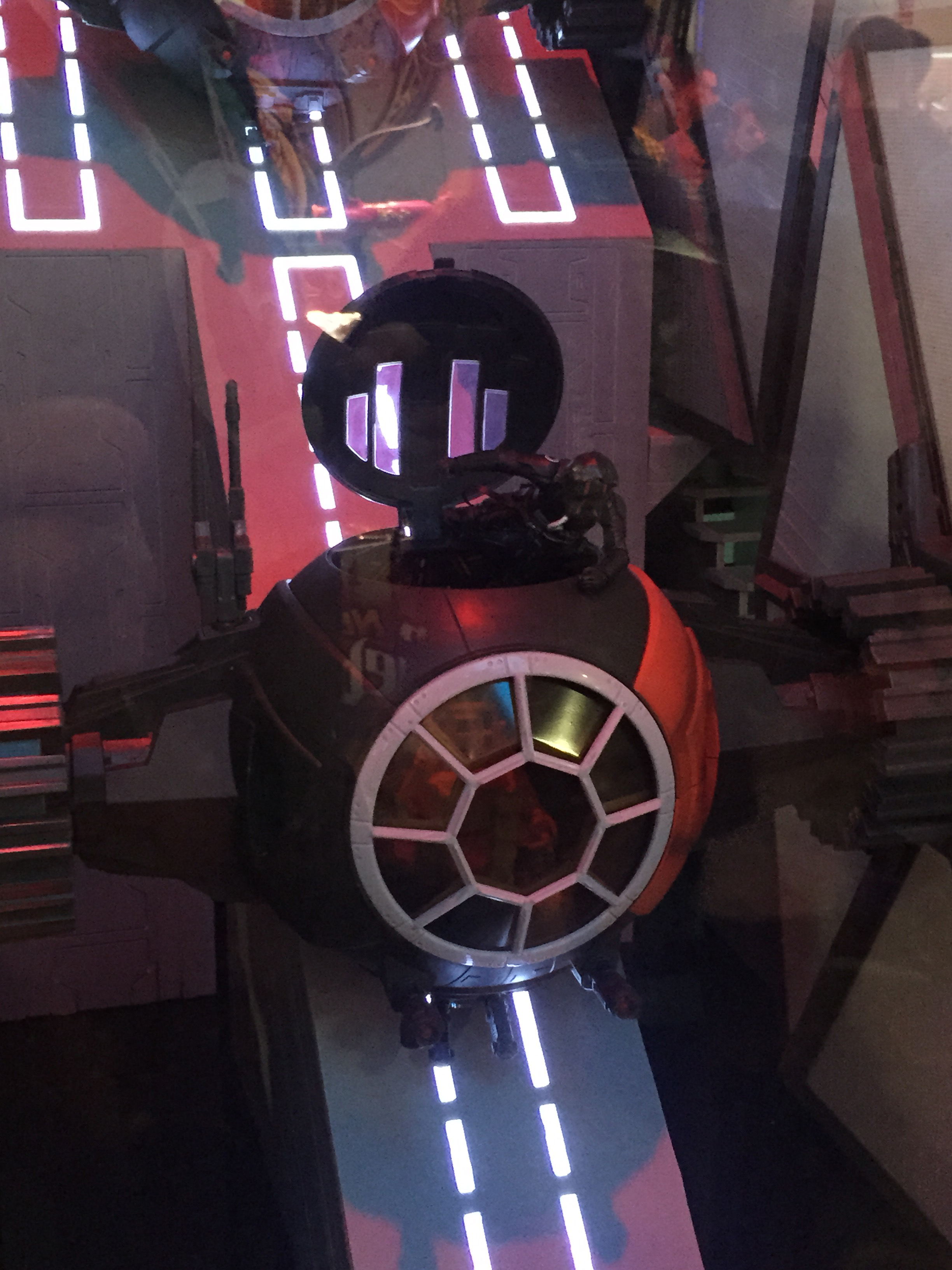 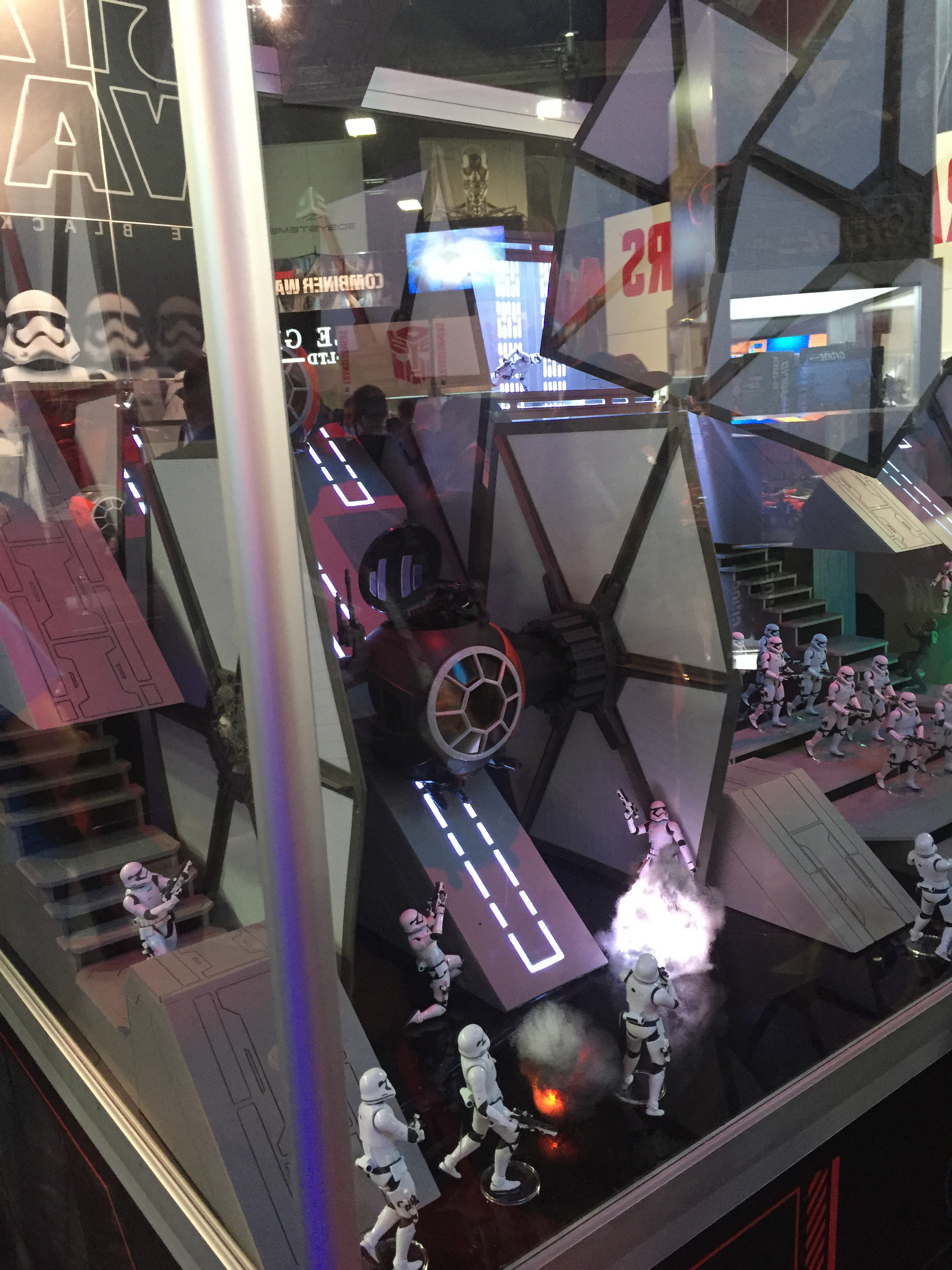