Otomedius Excellent is the Breast Shooter Around 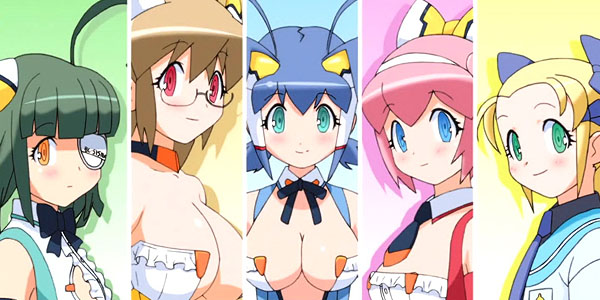 When a game advertises itself as a spiritual successor to the legendary Gradius, shooter fans are bound to take notice.  After all, in the mid eighties, vertical and side-scrolling shooters ruled coin-op arcades and Gradius was among the best.  Enter Otomedius Excellent which, while aping the old-school formula, shows us how far games in this genre have evolved.

With their promise of a Gradius clone still in mind, I started up the game for the first time and was greeted by a full-motion anime cutscene complete with blaring J-Pop and nonsensical sub-titles.  Instead of the Vic Viper tearing through space, there were girls with breasts the size of watermelons.  Upon entering the menu system and starting a new game, you are able to choose one of several ships, all with a slightly different power-up structure, but with the same basic weapon to start.  Once you make your selection, you are shown a brief sequence of your character (one of seven barely clothed anime girls) flying through space using a small propulsion device.  The waves of enemies that are sent your way do certainly follow old-school patterns and the weak, slow-firing weapon you start with immediately reminded me of playing Space Invaders. 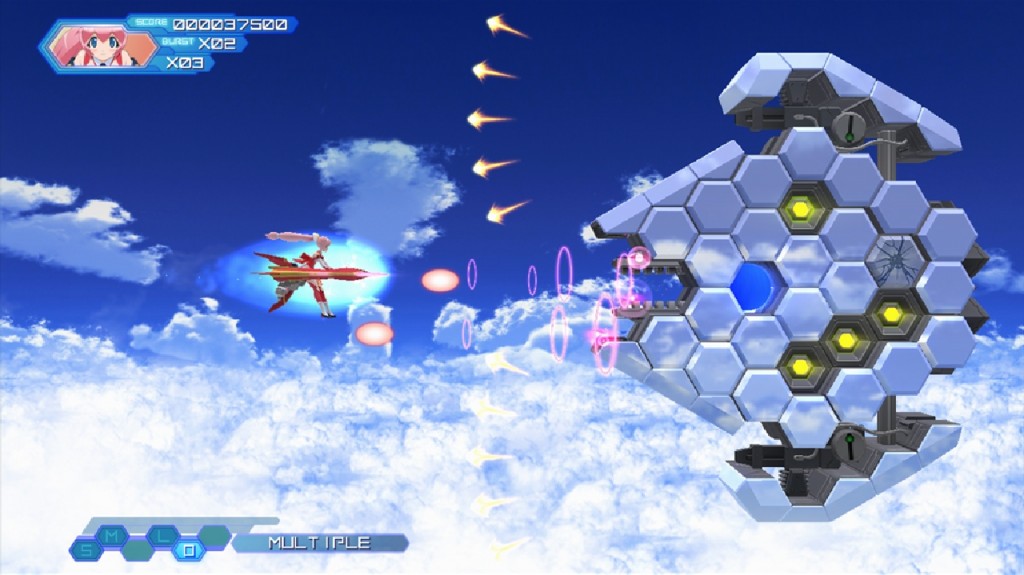 The problem with Otomedius Excellent is that, for all work the developers did to accurately capture the experience of Gradius and the like, they misstepped on every aspect.  Sure there are the obligatory giant bosses at the end of each level, but the designs are uninspired and completely forgettable.  While all the graphics are intentionally simplistic, later entries in the Gradius series from over a decade ago are still more visually engaging than what is found here.  Even the power-up system seems bland, offering little in the way of new weapons and upgrades.

With the amount of projectiles flying at you in these type of games, it’s extremely important that you have very tight control over your craft, being able to execute the tiniest movements to evade a wall of incoming fire.  Again, this title falters as the control scheme is loose and floaty at best.  Given the developer’s clear intentions to deliver a very old-school product, it’s also very odd that they chose to allow players infinite continues.  It really ruins the idea that you needed to memorize enemy movements and avoid incoming fire as your lives were limited.  Conversely, if you’re playing cooperatively with a friend, no one can continue at all.  It’s a strange and inconsistent design choice.

The only thing I really must say I enjoyed in Otomedius Excellent was the music.  The developers again tried to emulate the classics with an 8-bit soundtrack and I really dug their approach, which wouldn’t have sounded out of place in the first two Mega Man games.

The questionable content, inaccurate controls, and uninspired art direction that plague this title are a shame and, perhaps with more development time, there could have been an enjoyable throwback shooter hidden there.  Unfortunately, with far superior shooters like Ikaruga and Deathsmiles currently available as downloads for as much or less than Otomedius Excellent’s $30 price tag, it’s hard to recommend it to anyone but the most rabid fans of the genre.