Outer Space Men Wave 5 Are The Best Yet 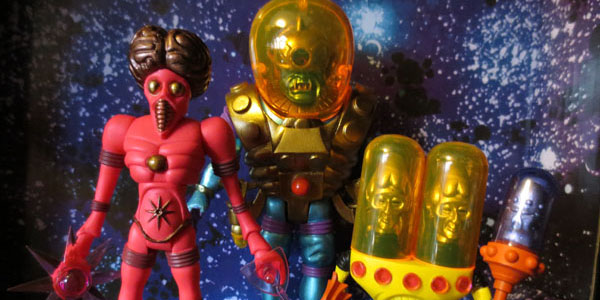 The fifth series of Outer Space Men has been released, along with the line’s first ever Deluxe figure.  Orbitron, Gemini and Cyclops are all wonderful new additions to the retro-hip toy series, and prove that this property is in great hands.

I feel like I’m perpetually late to the game when it comes to the Outer Space Men. The original 1968 figures based on Mel Birnkrant’s wildly imaginative alien creations were released well before my time, but when I first saw them as a kid I was instantly drawn to their retro sci-fi style and fun designs.  So history kind of repeated itself when I didn’t catch up on the Four Horsemen’s newly relaunched toy line until this third wave hit… but I’m certainly glad I checked them out! 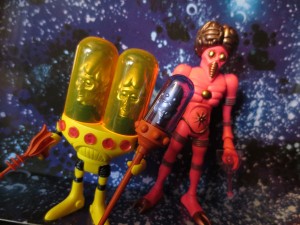 The Horsemen have been releasing a new set of Space Men about once a year, and they’re being as comprehensive as possible, with a line including both new versions of the original 1968 figures as well as characters based on the prototypes of the unreleased second wave, planned for 1969.  The new set features three all-new figures, which push the boundaries of the Horsemen’s retro-hip sculpting as well as the Glyos figure design system with three unique and incredibly well executed figures.

The new basic figures are another pair, one previously released and one that never saw the light of day.  Orbitron the Man from Uranus shares more than a passing resemblance to the Metaluna mutant from the classic This Island Earth, but his hot pink and copper colorations make him stand out from the movie monster… as well as pretty much any other toy on the shelf!  Featuring an all-new sculpt, the Horsemen nail this design, from the bug-like face and exposed brain to the pincer like claws on his hands and feet.  Orbitron is taller than most of the Space Men, with spindly arms and legs that give him a very unique look.

Gemini the Man from the Twin Star Algol is our other basic addition, based on an unreleased concept.  The two-headed alien sports a very unique body to accommodate his twin conical heads, and his black and yellow space suit is almost as eye catching as Orbitron’s pink shell.  Gemini’s heads have a great silver finish, making him appear almost robotic, and he comes packing a ray gun as well as a staff with another smaller robot head inside. 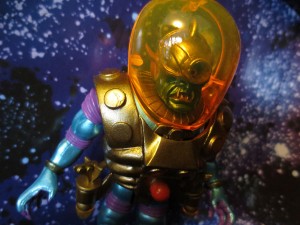 Rounding out the new set is the first ever Deluxe figure in this line– Cyclops the Giant from beyond the Milky Way.  This guy is massive in comparison to the other Outer Space Men, towering over even the tallest of aliens, and his hefty limbs and barrel chest make him feel worth the “Deluxe” label.  There’s some added intricacy to this figure that really justifies the value at play– Cyclops includes a removable bubble helmet, as well as a smaller helmet that covers the top half of his face, and chest armor which is also removable.  This lends itself to tons of alternate looks for the alien, who can range from looking totally high tech, to a hulking barbarian without his gear.  The Cyclops includes twin laser guns which store on the sides of his armor, and two sets of hands, one pair which can hold his guns and another with open fingers exposing his claws.  Cyclops sports a very metallic finish that only adds to his otherwordly look, and like many of his fellow creatures, he looks quite definitively not of this Earth.

The imaginative and semi-psychedelic character designs of the Outer Space Men has always been their claim to fame.  That’s what hooked me as a kid, scouring photos of the vintage Colorforms figures in collector magazines and antique auctions. It seems like that same magic inspired the Horsemen, who have gone far above and beyond with their reboot line.  These Outer Space Men are as cool as the originals, with the same fun and funky sci-fi style, along with a smart toy design and the always incredible sculpting talents of the Horsemen on display.

The Outer Space Men are available now from the Four Horsemen’s webstore.  Click Here to order yours today!! 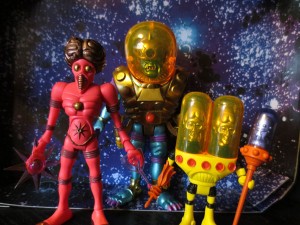 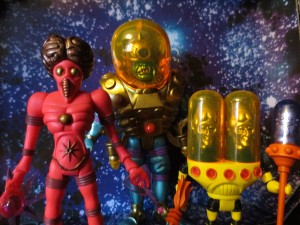 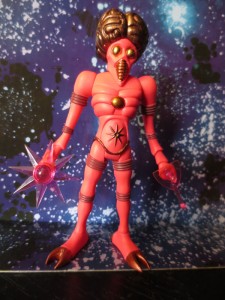 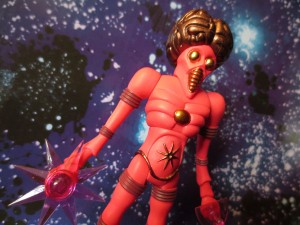 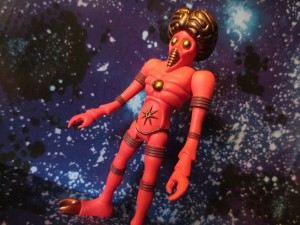 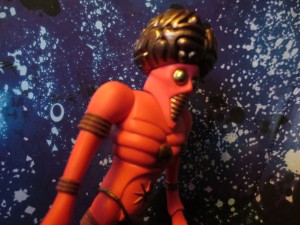 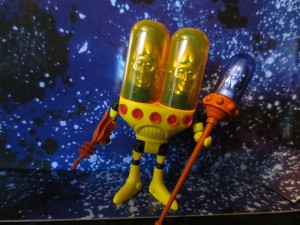 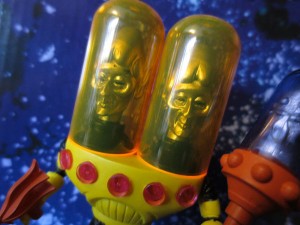 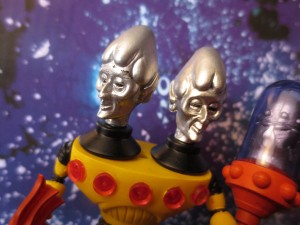 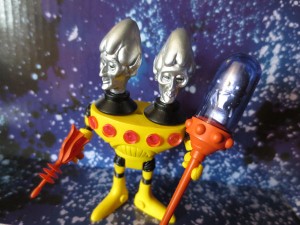 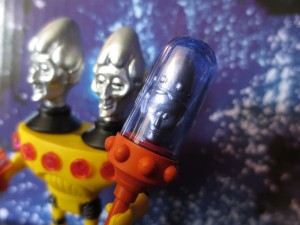 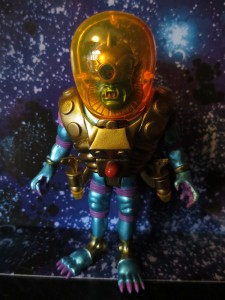 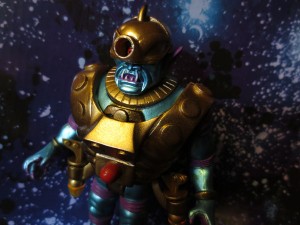 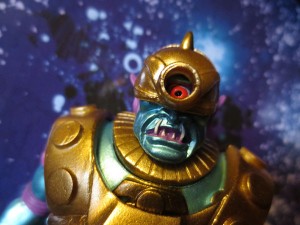 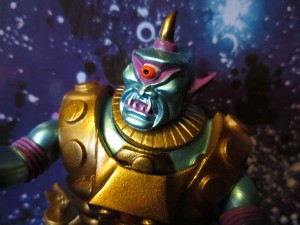 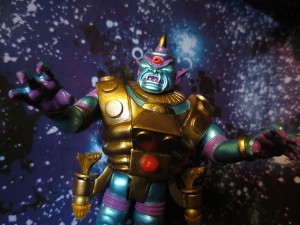 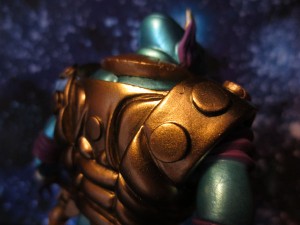 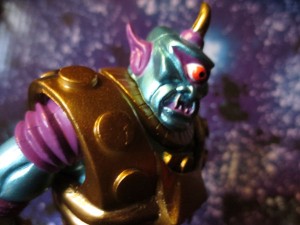 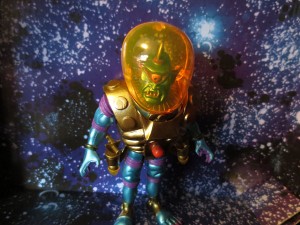 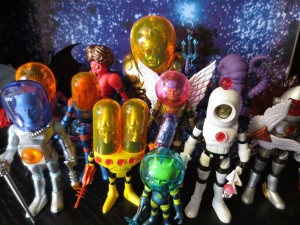