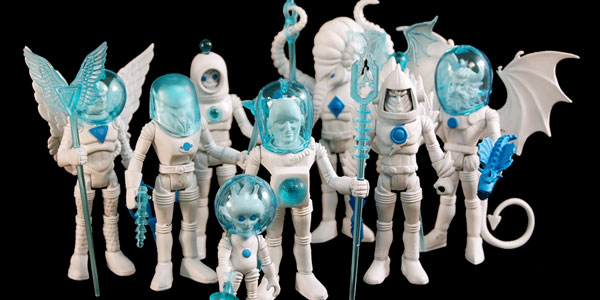 The Four Horsemen and AFX have teamed up to offer a pretty slick Outer Space Men exclusive at Comic Con this year.  The White Star Edition figures will see the re-release of eight OSM characters, all in a matching white and translucent blue deco.  The Horsemen have released a number of alternate colorways for their OSM before, but this is a very simple, stylish choice and they look pretty damn cool standing eight deep.

These Con exclusive variants will be available only as a set of eight, which will set you can the very reasonable sum of $115 (they’re well worth that price tag, trust me).  You can preorder now at AFX and pick them up in San Diego… however if you’re not heading to Comic Con this year, it might be time to start begging any friends you have attending, because as of right now, these guys are show-only.

Here’s more from the Horsemen:

This exclusive White Star Edition set of the Outer Space Men will include a full set of eight fan-favorite OSM characters. Astro-Nautilus, Metamorpho, Inferno, Xodiac, Mystron, Commander Comet, Electron+ and little Alpha 7 will all come together in one white box and each will be individually poly-bagged inside.

Be sure to get over there and pre-order your exclusive White Star Edition Outer Space Men set soon! Otherwise they’ll vanish into the cosmos forever. 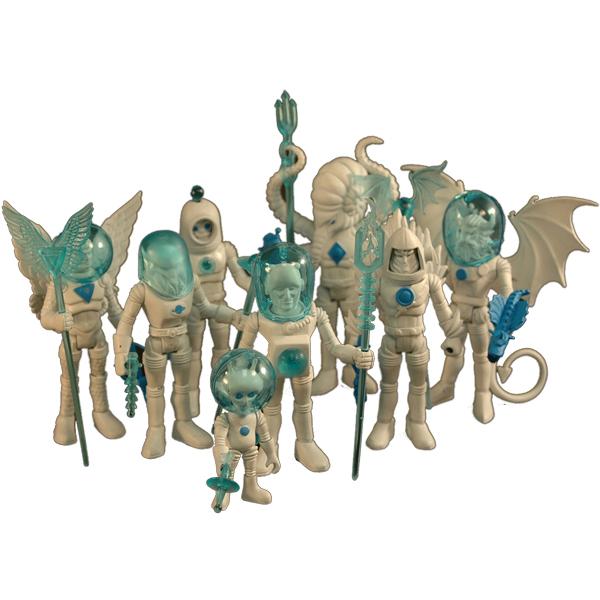