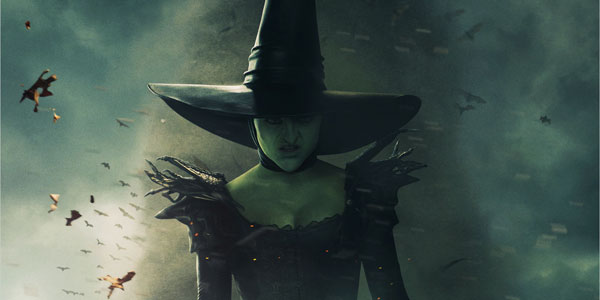 Here’s our first good look at the younger, but equally green, Wicked Witch of the West from Sam Raimi’s Wizard of Oz prequel.

Disney released a new one sheet revealing the Wicked Witch from Sam Raimi’s upcoming Oz The Great and Powerful.

I like this look, a lot actually.  I am remaining cautiously optimistic about this project, and the trailers we’ve seen so far have been encouraging, but nothing about the movie had that signature Sam Raimi visual style… until now.  The younger Witch has a definite Raimi monster vibe, from the spiky tatters at the top of the sleeves of her dress to her hooked nose, which stays faithful to the classic look of the villain, yes, but also looks remarkably similar to the designs of the (vastly superior) first attempt at the Green Goblin from the director’s first Spider-Man movie.

The other thing that intrigues me about this poster is, how much that face under the green makeup and exaggerated nose and chin looks like Mila Kunis.  Everyone has been making a big deal about keeping mum about who her character, Theodora, actually is, and the likeness to the actress in this one sheet, combined with the scene at the end of the first trailer, makes me wonder if Theodora ends up getting transformed somehow into the iconic enchantress during the course of this movie?

Regardless, it’s a neat character design, slapped onto a pretty standard, “flying stuff in the background” poster design… but at least the flying stuff on this poster appears to include flying monkeys, so I’m calling this another win for making Oz look intriguing enough to check out next March. 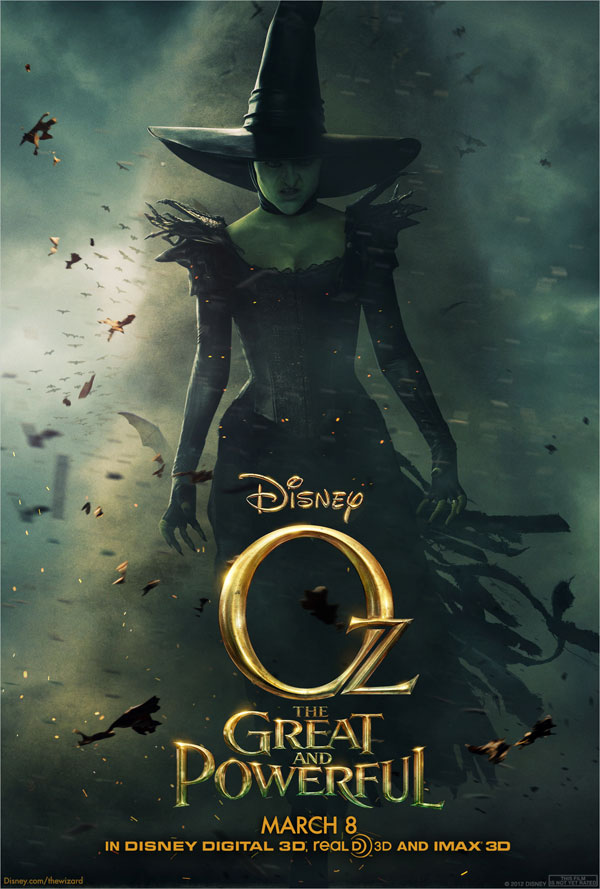