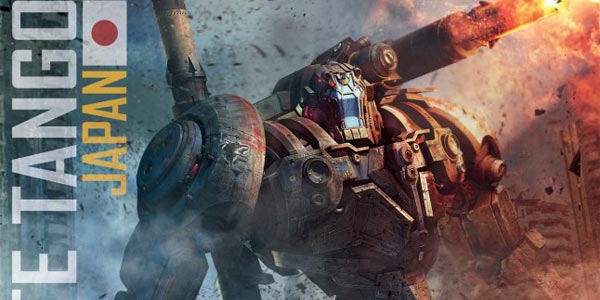 I so want this entire poster series!

UPDATE: It looks like this WILL be a whole poster series, because the Pacific Rim Facebook page just updated with the debut of Russian robot Cherno Alpha… I’m so beyond stoked to see all the Jaegers revealed this way!

Guillermo Del Toro’s Pacific Rim still won’t hit theaters for a criminally long amount of time (July, please get here NOW), but they’ve been releasing lots of very cool images on their Facebook page.  Some of them are world-building shots, to welcome us into the post-Kaiju invasion world of the movie.  Some are straight up promo images… All of them are awesome.

I’ll admit, I’m totally sold on this movie already, so I don’t need much convincing, but if I did this amazingly ass-kicking character one sheet featuring Japan’s Jaeger Coyote Tango would certainly win me over.  I love the looks of the giant robots we’ve seen thus far, the side-splash of the robot’s name, and the corresponding nation and flag– If the movie gods are at all kind, this will be the first of a set of Jaeger character portraits, and if so I will absolutely be chasing each and every one of them down.

The hype machine for this movie is clipping along, and I think their split is fun– show off the badass Jaegers, while teasing and hinting around the corners of the still-unseen Kaiju they will do combat with (although we did see Kaiju poop).

Not to sound like a broken record, but everything about Pacific Rim just feels like total win– GDT has already proven he’s damn talented with a camera, and the robots look iconic and incredible.  I’m sure the Kaiju will look equally fantastic and imposing, but what really has me over the top is how much thought was put into this world.  From the scale shots of the massive monster footprints, to the concept art revealing buildings and cities rebuilt on top of the bones of fallen Kaiju, every corner of this universe is feeling as well-rounded as it is cool. 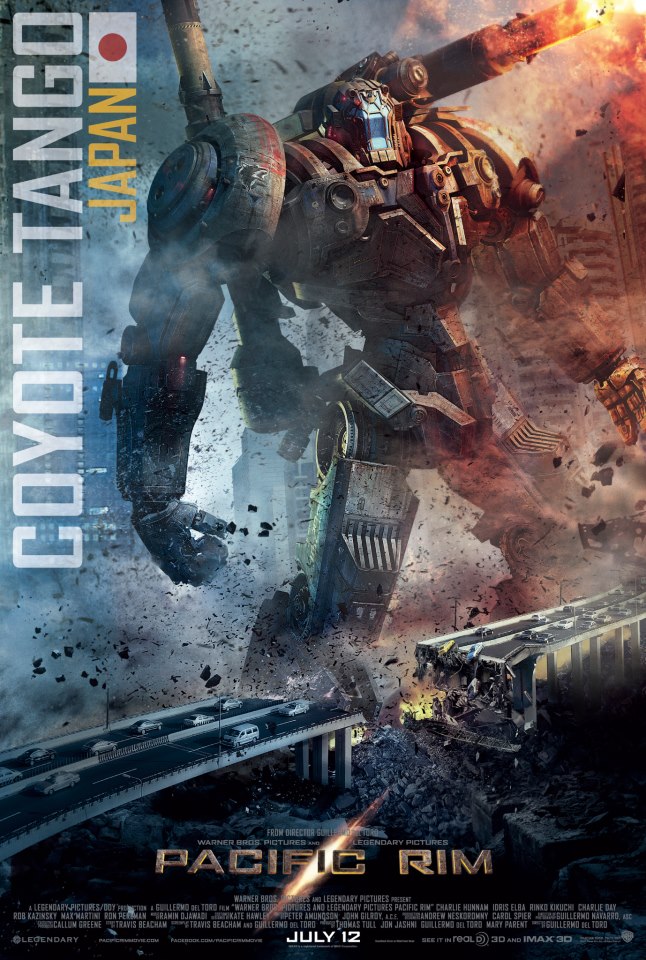 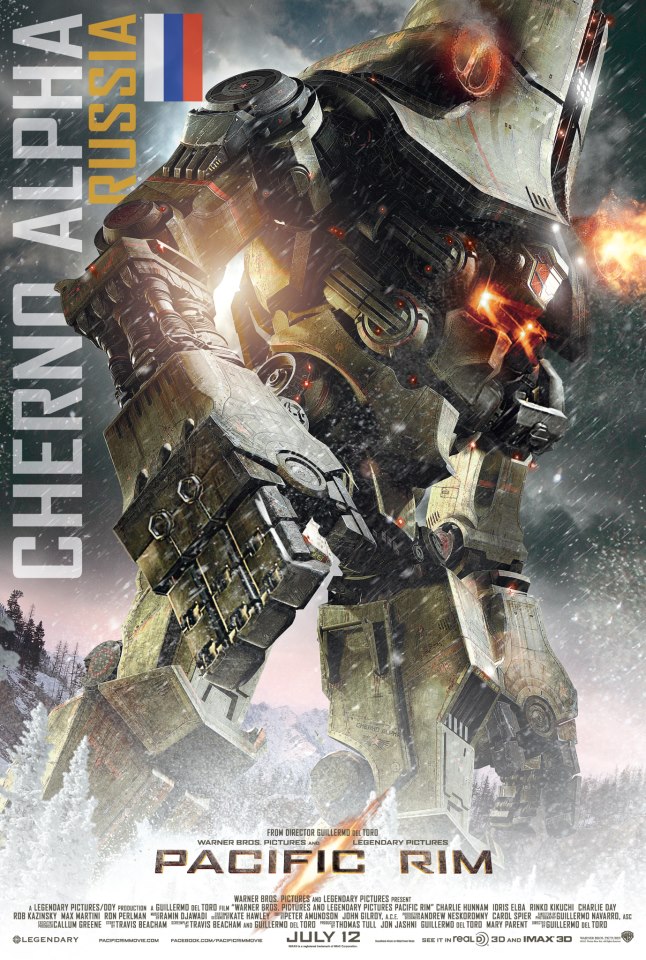