Pacific Rim is All One Big Story 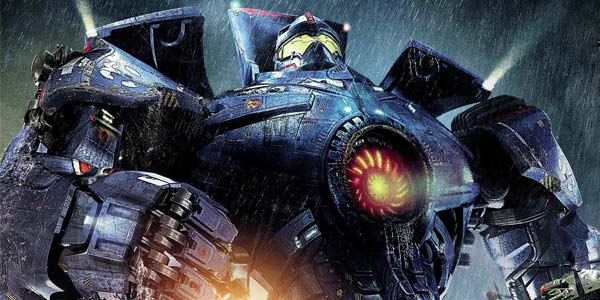 A few weeks ago, Guillermo Del Toro made the announcement that Pacific Rim would be back, as both a sequel to the 2013 movie and a new animated series.  Now, the director has shared some new details, which have me incredibly hopeful for the cartoon show.

Del Toro spoke with Collider about his over-arching plan for the various arms and legs of Pacific Rim, and about how he wants everything– the movies, the animated series, the comic books– to share the same continuity and remain as connected to one another as possible.  This is totally different than many other franchises, which often segment and isolate cartoons and movies and books (Star Wars is notorious for this).

Not only is it a smart move to keep everything interconnected (it’s expanding the brand in new directions and hitting a wider audience, especially in the target market of pre-teen boys)… this unified nature of Pacific Rim’s universe actually feels true to the core story, which is about the importance of togetherness.  I sort of love that.

The other good news is the animated series promises to delve into all new corners of the deep and rich world Del Toro and Travis Beacham created… a world I’ve been itching to explore for over a year now:

We’re going for a long arc, so the idea is to show a group of characters—we have pilots, functional jaegers, but we have all these younger characters.  I really want to explore things that are complimentary to the things that I want to explore in the second movie: drift, what drifting does to you, what is needed to drift, a lot of stuff that I think is important, but also the jaeger technology, the kaijus being evolved, ideas about the precursors—the guys that control the kaijus.  We have a lot of leeway in 13 episodes and I wanna make it sort of in the same spirit of Pacific Rim, which is the ideal audience for Pacific Rim was young—very young, 11-year-olds and so forth—but with really beautiful design and stories that make these characters interesting in a way that I found them interesting in, for example, Year Zero, the graphic novel that we did.  And I think that’s the basic thrust of the thing.

Sounds awesome.  I’m so down for this, it’s not even funny.