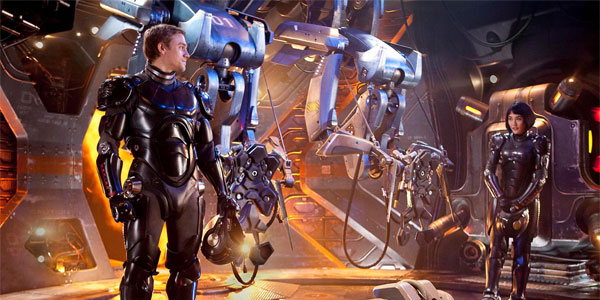 Christmas comes a month early for Kaiju fans, as the viral marketing for Guillermo Del Toro’s Pacific Rim launches with videos and images from the giant robots vs. giant monsters movie.

Pacific Rim doesn’t hit theaters until next Summer, but the marketing campaign looks to be building to the release of the first trailer (in front of The Hobbit)… and today LOADS of cool stuff started popping up online.  In one day, we get two viral videos, a memo that builds the backstory of the film, and a blueprint of one of the giant Jaegers!

It’s so much stuff, and all of it looks very cool– the marketing for Pacific Rim seems to be starting with the original outbreak of the Kaiju, as the giant creatures are first discovered and begin their ongoing attacks on human civilization.  By the time the movie actually starts, these attacks are apparently a very common occurrence… and one that’s getting worse.  Starting with the first appearance of the monsters makes a ton of sense, and I love the silhouetted reveal of one of the beasts in the video below.  While you can’t see too much, the sense of scale on this thing definitely comes through– and it’s MASSIVE!

Enjoy your very first viral introductions to the world of Pacific Rim below!

First up, a test of the Kaiju Alert System:

We were also treated to a breaking news story of the first giant monster attack, taking place in San Francisco:

If that weren’t enough, there’s also this leaked memo from the Great Britain Air Command, courtesy of Total Film: 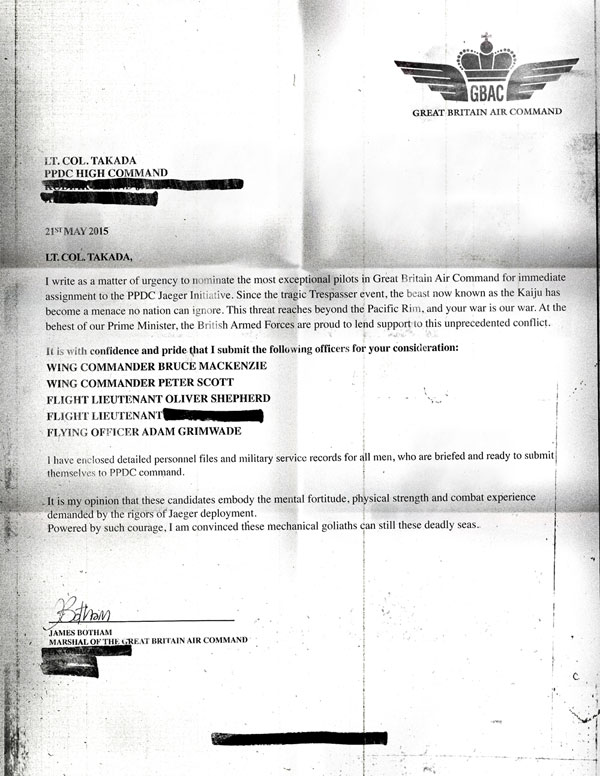 And rounding out the awesome content, this amazing blueprint of Gipsy Danger, one of the giant Jaegers designed to combat the monsters.  How cool and classic does this thing look???? (Click Here to see a bigger version at Wired) 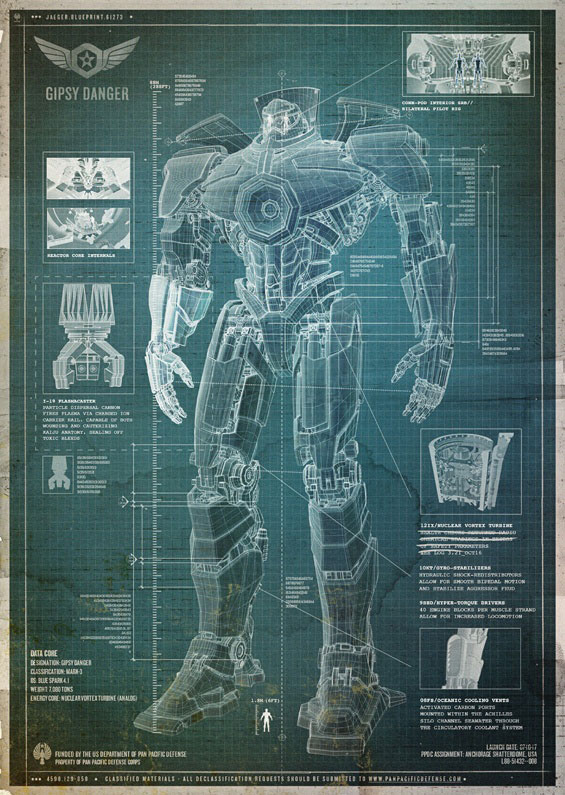 There promises to be lots more developments coming soon on the newly-launched Pan Pacific Defense Corps website, which has already absolutely earned its place in my bookmarks.