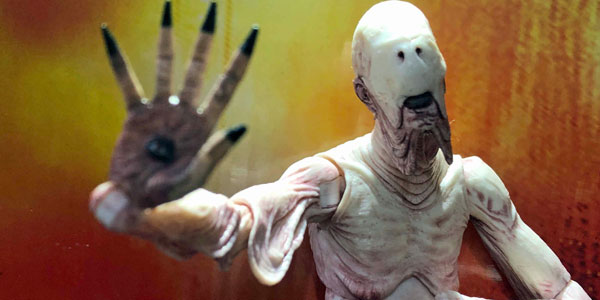 The second release from NECA’s Guillermo Del Toro Signature Collection launches a gorgeously grotesque sub-series based on the director’s masterpiece.

Guillermo Del Toro has made a lot of fantastic movies, but Pan’s Labyrinth remains his crowning achievement. Devoted in equal measure to history, human pathos, and fairy tales, this is the film that manages to feel simultaneously the most human and the most fantastical… all the while remaining the purest cinematic distillation of GDT as an artist. I absolutely LOVE this movie, which is why I couldn’t be happier that NECA is devoting not one, but THREE slots in their outstanding GDT Signature Collection to Pan’s Labyrinth.

The first Pan’s release is the Pale Man, the ghastly demon Ofelia encounters in the film’s most tense scene. As you’d expect, NECA’s sculpt of this blind, emaciated monster– starved for centuries of the children upon which it needs to feast– is remarkably screen accurate. But more than accuracy, what impresses me here is how this sculpt captures the magical nature of the Pale Man’s grotesquery. The flaps and folds of loose skin have an almost butterfly wing aesthetic, conveying just as much whimsy as horror.

NECA is no stranger to great paint apps, but Pale Man serves as a great example of how subtle and measured paint work can bring a figure to life. This creature is essentially one color, a palid, pinkish skin tone from head to toe. Yet the shading and variances in tone across the creature’s body are plentiful, adding dimension to the detailed sculpt, an attention to certain areas like it’s bright, featureless head, and a grounded realism that makes this fantastical monster all the more disturbing.

Pale Man’s articulation affords the figure a lot of expressive personality, as well. Actor Doug Jones’ performance was very unique for this creature, with a lot of slow, deliberate leaning and contorting to allow the eyes embedded in the palms of its hands to see from the vantage of the creature’s head, and NECA’s figure can match many of those same poses (in particular, the eye/ hands overlaying the top of his head, like a perverse pair of eyeglasses).

It’s worth noting, as well, NECA’s figure actually manages to top the film’s effects in one regard. Pale Man’s atrophied legs– literally nothing but skin stretched over bones– were rendered digitally in the film, completing the monster’s unnatural silhouette in a way that couldn’t be achieved practically due to the limits of human anatomy and, well, gravity. But NECA’s figure, despite its spindly legs and larger upper body, still manages to stand upright. It’s subtly an incredible testament to NECA’s engineering prowess… these legs are VERY skinny, and it would have been VERY easy to sculpt them without considering the ramifications of the monster’s top-heavy overall design. It sounds silly, but I’m highly impressed how well Pale Man can stand.

That being said, if you don’t want to risk the Pale Man toppling over, NECA also included his throne, a highly detailed sculpt packed with varied textures, from the grainy wood of the arm rests to the quilted cushions of the seat and back rest. It’s another great piece, and continues the welcome trend started with the Santi figure of packing in a large accessory that doubles as a sort of diorama element. Aside from the chair, Pale Man also includes a plate with a fresh pair of eyes.

Like the rest of the Del Toro Collection, Pale Man is packaged in a window box featuring striking artwork on the front and a spine with the Pan’s Labyrinth title and Pale Man’s sequential number in the GDT Collection (“02”). At first, I was a little disappointed the dimensions of this box are quite different from Santi, meaning the spines definitely will not be uniform on display. But the more I think of it, I actually like the book-like nature of varying box sizes between figures, and the lack of uniformity fits Del Toro’s overall aesthetic quite nicely.

The Pale Man is available now directly from NECA, as well as through specialty retailers and select Target stores. He will be joined this Spring by Ofelia and the Faun, completing the trinity of characters from Pan’s Labyrinth which will grace the GDT Signature Collection.

Thanks to NECA for giving us the opportunity to review this great new figure! 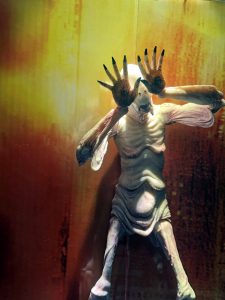 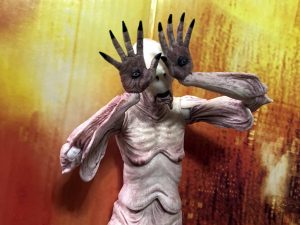 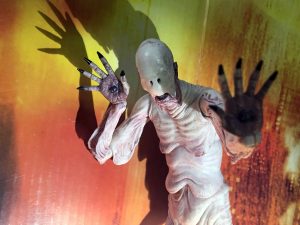 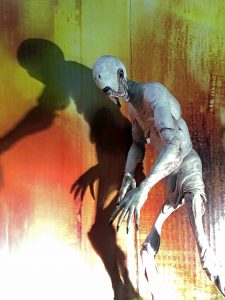 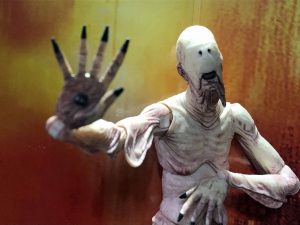 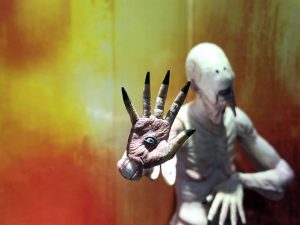 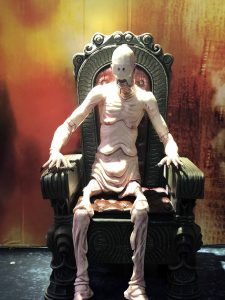 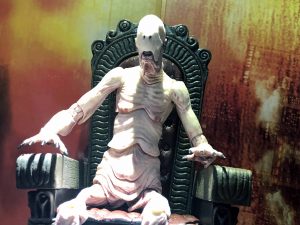 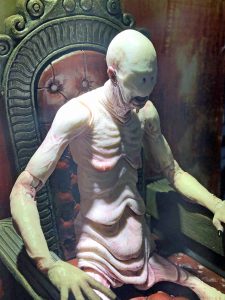 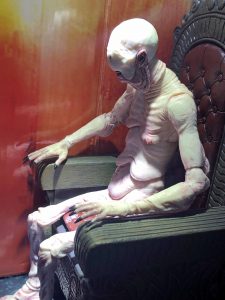 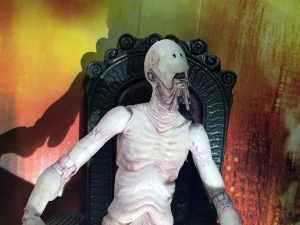 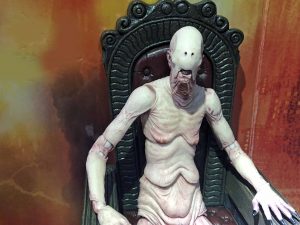 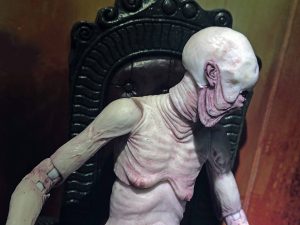 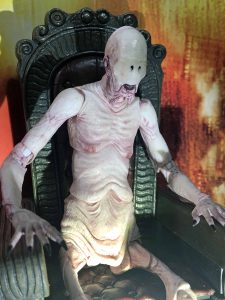 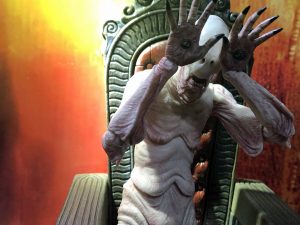 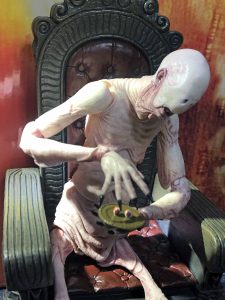 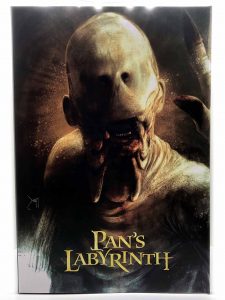 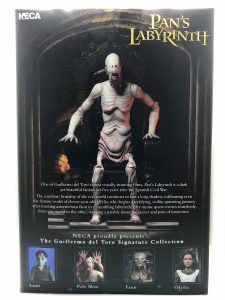 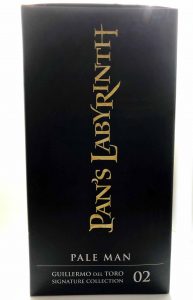 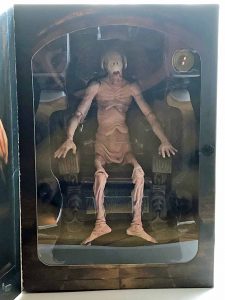 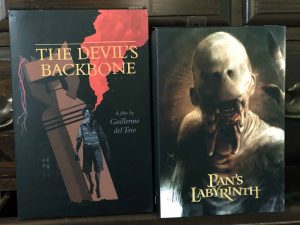 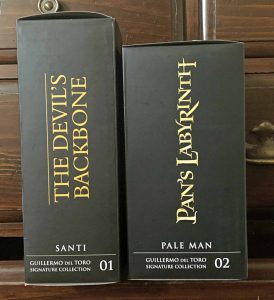