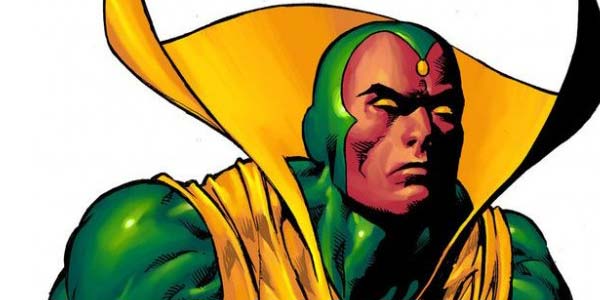 Paul Bettany confirms he is playing the android hero in Age of Ultron.

We’ve all know for a while now that Paul Bettany would be playing The Vision in the upcoming Avengers sequel, but he finally confirmed it officially with the loathsome Jimmy Kimmel.  Apparently, Vision won’t have all his powers from the comics– Joss Whedon is picking and choosing– but word has it the android hero’s unique color design will remain intact in the film.

That was really the only thing Bettany had to say, otherwise sworn to secrecy from Marvel’s higher ups… although he does have a funny perspective on his voice work as JARVIS, and how Vision will be something much more challenging and time consuming.

You can watch the interview below, and I suggest you do.  It may be the only watchable five minutes of Kimmel’s show ever to air.