PAX East 2012: Bioware and the Fine Art of Question Dodging 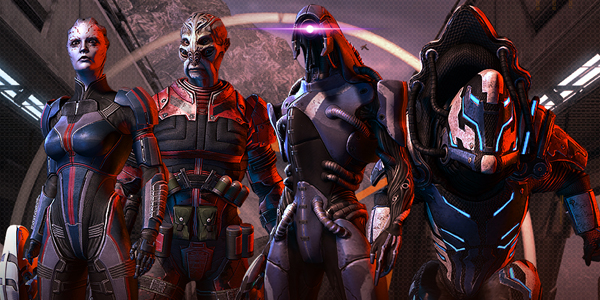 As I’ve stated previously, my main focus at PAX East was to attend Bioware’s panel and voice my concerns, questioning their relentlessly poor handling of Mass Effect 3’s endgame. Attend I did, but the answers we’re in short supply.  Here’s a brief rundown of the much-hyped panel for anyone who missed it.

Much like Mass Effect 3 itself, the panel was much anticipated but left many fans feeling cheated and empty. After starting the panel nearly 30 minutes late, the Bioware staff managed to chew up more time with long introductions and by posing ridiculous questions to the audience. After leading the crowd to raise their hands according to which Mass Effect game was their favorite (the crowd of 1500 was split pretty evenly between ME1 and ME2 with about a dozen people raising their hand in acknowledgement of ME3), they advised that they had a couple announcements.

First, they spoke on the recently confirmed Mass Effect 3: Extended Cut, a downloadable content pack that will expand upon the events seen at the end of the game. In their words, “through additional cinematic sequences and epilogue scenes, the Extended Cut will give fans seeking further clarity to the ending of Mass Effect 3 deeper insights into how their personal journey concludes.” Coming this summer, the DLC pack will be available for download on the Xbox 360, PlayStation 3, and PC free of charge.

Following up this news was the new announcement of the first multiplayer downloadable content pack for ME3, titled the Resurgence Pack, which adds “two new maps to the game’s cooperative multiplayer experience, along with a variety of new playable characters, new weapons and new items that can be unlocked by acquiring reinforcement packs in the game’s multiplayer store.” The Mass Effect 3: Resurgence Pack will be available for download on April 10 on 360, PS3, and PC. 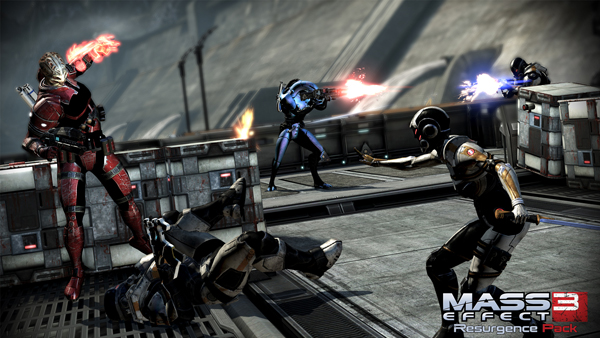 At this point, instead of taking the audience’s questions, the Bioware presenters decided to field answers to their own inquiries. Now, normally one would think that a person answering their own question would have some really great answers but those were in unfortunately short supply. Questions that Bioware posed to themselves about the ending debacle or the lazy use of a stock photo for Tali’s face were answered with self-congratulatory nonsense. There was much talk about what a hard-working team they have and how they stand by the artistic vision of the original game, but no mention of the glaring plot holes they’ve created. They completely refused to comment on the popular “indoctrination theory,” staying that they want everyone to draw their own conclusions and didn’t want to give an opinion either way before the extended cut was released.

Speaking on the extended cut, they reiterated that it is not a new or changed ending but rather a substantial amount of additional scenes that will fill in the unknowns and add personalization to the existing content. Although they are shooting for a summer release, they assured the audience that it isn’t being rushed and that it will be done right. We’ll see soon enough.

The remainder of the panel was occupied by much back-patting, including a seemingly endless list of technical facts about the trilogy that had even the most hardcore fanboys falling asleep. Seriously, no one really cares how many hundreds of conversation options took place aboard the Normandy — they care about the fate of the characters they love. Members of the writing team also commented on their work on the Genophage story arc, admittedly one of the cooler aspects of ME3, and the challenges they faced writing a piece that brought a number of moral decisions (and several characters that may or may not have been killed in prior games) into play.

Successfully bringing the panel to the very edge of its allotted time, they wrapped it up and their jaded fans shuffled out. There were no outbursts of fan-rage thrown at Bioware thanks to their promises that there upcoming DLC will finally provide the closure and explanations that their game lacks. There were also no solid plans laid out regarding how they plan to do that exactly — after all, there are mountains of nonsense and lore contradictions they will need to touch on to truly satisfy the outcry. Regardless, I’ll be patiently waiting to see if Bioware can salvage one of the greatest video game franchises of all time. Once the Extended Cut drops, be sure to check back for our detailed impressions.