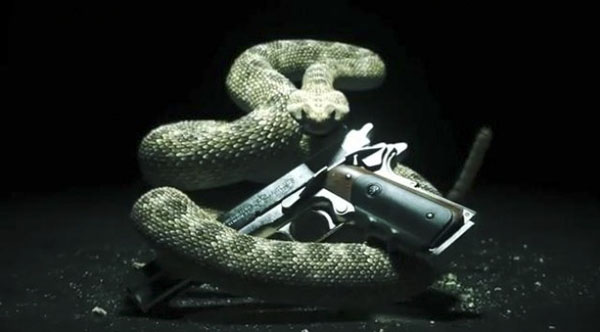 Away from the hustle & bustle and unpleasant odors of the crowded expo floor at PAX East, in Square Enix’s private suite, we were among the first to get an intimate glimpse of Hitman: Absolution’s gameplay. Developed by IO Interactive, the newest title in the Hitman franchise retains the series’ signature stealth mechanics while introducing new features that are sure to appeal to a much wider audience. Make no mistake– Agent 47 is back and better than ever.

In an introductory cinematic teaser rife with classified photos and files, 47 is tasked with assassinating his former contact, Diana Burnwood, but not before acknowledging to carry out her dying request to protect a girl of interest, who is in danger of being kidnapped by some truly messed up individuals. While their motives were still a mystery, this sequence segued nicely into the playable footage we were presented, which was set in an orphanage while the kidnapping attempt is underway. The developers actually played an entire section of this level twice through, using its linear nature to easily demonstrate how different playstyles can effect the player’s experience. The first time we dove in, the devs showed off their stealthy skills while highlighting new gameplay features in a strictly “professional” playthrough. 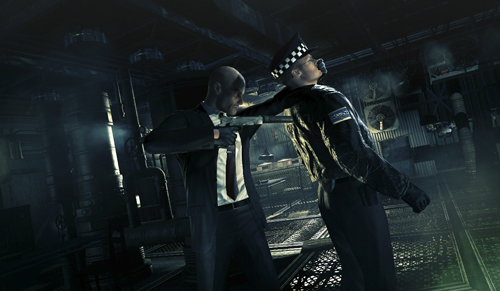 Everything that makes Agent 47 a unique and interesting character is immediately prevalent. He uses everyday items in the environment as weapons, takes on disguises to become the enemy, and applies his instincts to adapt to any situation.  Without firing a single shot, we watched as the devs guided 47 through the level drawing no suspicion from enemies. By silently stalking and taking down baddies, creating diversions, hiding incapacitated bodies, and disguising yourself in a downed enemy’s clothes, a player with the skill and patience can complete the game in classic Hitman style. Aiding you in this endeavor is a new system that allows Agent 47 to instinctually detect the projected path of an enemy in motion. While doing so burns through an ‘instinct meter’ on the right side of the screen (which slowly fills while you perform actions such as takedowns), you can use it to ensure that you stay out of any foe’s line of sight.

Conversely, Agent 47 may also employ more violent tactics to complete his objectives. In the second playthrough, we got to see a vastly different approach as the devs threw discreetness to the wind and turned 47 into a one-man wrecking crew. In addition to being able to use environmental items as weapons, any dropped guns can be acquired and used immediately as well– with extremely satisfying results. While it’s surprising to see so much gunplay in a Hitman title, it’s handled very well and will surely net the franchise loads of new fans who favor a more action oriented and less calculating approach. The new mechanic present to folks who opt to use this approach is “point shooting.” By drawing from the instinct meter mentioned earlier, players can literally pause the action while highlighting several points where they want their bullets to hit. This comes in extremely handy when entering a room full of enemies as you can easily place a marker between the eyes of numerous thugs and watch a short cutscenes play out as 47 stylishly lands each shot. Whichever way you should choose to play, the basic story unfolds the same way but you will experience situations that play out a bit differently depending on your actions. 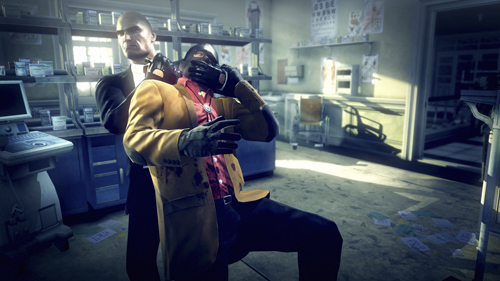 Even in its early stages, Hitman: Absolution looked quite polished and ran smoothly. The music seemed to closely follow the action, becoming more dynamic and intense as the action revved up, and the gunshots sounded absolutely bone-rattling. While the demo level was pretty straightforward, we were told that the title’s sandbox elements will likely be shown at E3 later this year. Even so, what was presented looked incredible and, if the crowd’s reaction at the public event held later that night was any indication, Square Enix will have another blockbuster on their hands. I have my fingers crossed that we’ll see an Agent 47 action figure from the Square Enix/Play Arts Kai toy line in the future.

Often when developers change or add features to a game to appeal to a broader audience, it comes at the expense of sacrificing the core fundamentals that made the game a hit in the first place. I’m happy to say that, in this case, the new action elements enhance the dynamic of the game dramatically while maintaining the tight stealth tactics that the franchise was built on. Hitman: Absolution will be a title to keep an eye out for as they are shooting to release the game later this year for Xbox 360, PS3, and PC. 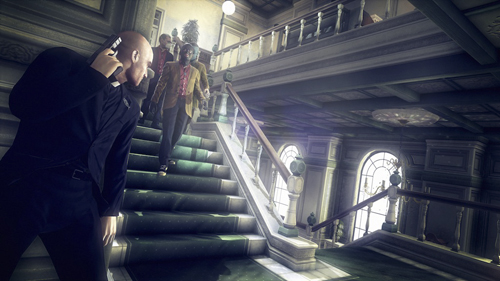