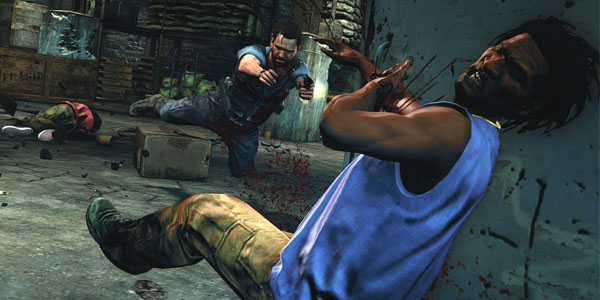 Rockstar Games’ booth at PAX East 2012 was host to a slick visual design, thumping house beats, piles of swag and, most importantly, a playable build of a game that I’ve been anticipating for nearly a decade: Max Payne 3. As such, that was my very first stop at this year’s convention and I’m happy to say that it didn’t disappoint– in fact, any doubt that I had in my mind after Rockstar’s brief presentation at NYCC 2011 is now gone, replaced with joy and anticipation. Max Payne has returned in a big way and fans of the series have much to look forward to. The Max Payne franchise (notwithstanding the abysmal John Moore film) is known for its sharp narration, tense action, moody atmosphere, and tough-as-nails protagonist. The first two titles are quintessential action games that broke the mold what of cinematic gameplay could entail, constructing an experience that was as smart as it was brutal. Now, almost nine years since “The Fall of Max Payne,” the third iteration of the series is still pushing modern technological boundaries while retaining everything we love about the franchise. 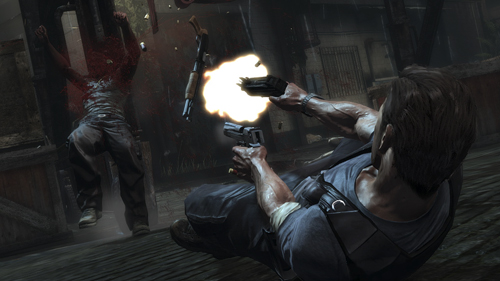 Taking place several years after the events of the previous title, Max has fallen on hard times and ends up in Sao Paulo, Brazil, working private security for a wealthy upper-class family and trying to put his past behind him. Soon enough, though, trouble manages to rear its ugly head and Max finds himself caught up in a deadly conspiracy. The demo picks up with Max making his way through an industrial complex loaded with thugs. The first thing I noticed upon firing my first shot is that the enemies react in a very dynamic fashion, being smart enough to take cover and use flanking maneuvers to get the better of you. It’s also apparent that a lot of thought went into making this a realistic experience in all the places that matter. Enemies are all dressed in a variety of different clothes, preventing it from looking like you’re encountering just a handful of character models. Even though they were only on screen for all of three seconds before I gunned them down, each thug I came across immediately had a unique and believable presence. Likewise, the all the movement in the game, from Max and NPC’s alike, is incredibly fluid and lifelike thanks to Rockstar’s RAGE engine and Natural Motion’s “Euphoria” behavior system. You’ll see bodies move as they would in real life, accurately shifting weight distribution according to their momentum– it’s a subtle touches like this that really make a broad a difference to the players’ overall immersion into the experience. 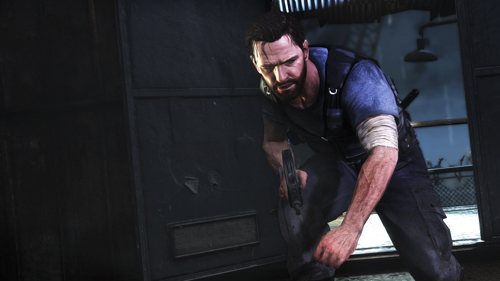 After registering the slick new graphics and animation system, it was to try out the single most celebrated (and endlessly copied) aspect of Max Payne: Bullet Time. As before, players can activate this mode, which signifies Max’s lightning-fast reflexes and heightened sense of awareness, any time there’s time remaining in the required gauge. When you enter Bullet Time, everything on-screen slows to a crawl except for your aiming reticule, allowing you to pump round after round into your enemies or pull off headshots with ease. There are similar cinematic tricks here as well, such as the “Final-Kill Cam” which follows the fatal bullet straight into the final enemy in an area – players can even control time in this mode allowing for some really satisfying footage of your deadly barrage in super slow-mo. Painkillers, the signature health packs of the series, return as well and function much as they did before. As there is no regenerating health, Max must rely on a supply of pain pills to deal with the damage he’s taken. There’s even a cool new “last man standing” type feature that becomes available to you as long as there are Painkillers in your inventory– instead of dying when taking an otherwise fatal hit, Max will fall to the ground with his gun desperately drawn at the enemy who took him down. As long as you can kill that enemy in enough time, Max will regain his bearings and get back to his feet. It’s a very cool mechanic that definitely saved my ass a couple times during the playthrough. 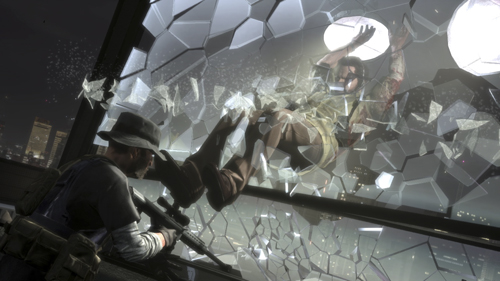 One of the things I was most worried about was the way the narration and cutscenes were handled. The neo-noir vibe of the graphic novel-inspired panels set to Payne’s gritty, cynical internal monologue worked so well that I couldn’t imagine a sequel without them. Fortunately, I was assured that, while the presentation has been modernized a bit, everything that made the first two games special hasn’t been abandoned. Max will still narrate in blunt metaphors and will still be voiced by James McCaffrey. While the static panels are gone, their new presentation blends a motion-comic approach with on-screen text and cinematic sequences very well. While these scenes play out, they also serve the purpose of masking load times between playable sections, providing a seamless play experience. 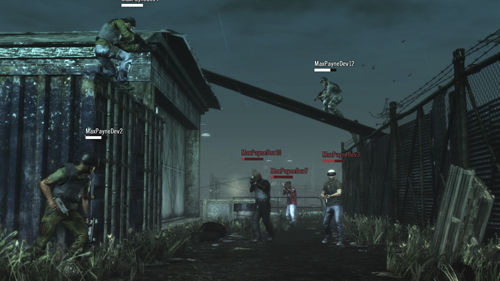 Lastly, the multiplayer component that has been shown off thus far has consisted of two game modes: “Gang Wars” and “Payne Killer.” The former takes place within the locations and events present in the single-player campaign and consists of multi-round matches in which the objectives present themselves to players in accordance with their teams performance – this is an effort from the developer to add a deeper layer of interaction and a narrative to the experience. The latter gives you the chance to assume the role of Max Payne himself in a multiplayer game that pits Max and his partner, Raul Passos, against all the other players. Once someone takes either one down, they then assume their role and play continues (both main characters are loaded with painkillers and are harder than normal to defeat) so it makes sense for Max & Raul to work together to keep each other alive. It’s a fun idea and I like that both modes feature cooperative and competitive elements to them instead of just being straight up deathmatches. The one thing that’s most intriguing is the inclusion of Bullet Time in multiplayer matches. The developers advised that they worked around this challenge by only allowing the player that initiates Bullet Time and the player(s) in their direct line of sight to experience the effects. It’s not yet clear how this will appear to other characters in the match who may happen to be looking at them when this mode is activated but, with the polish and attention to detail present in what I’ve seen, I’m sure they’ve thought this through.   The bottom line is this game is going to own the third-person action market when it hits shelves on May 15th. If you haven’t already put your money down on it, I believe that (although the cutoff date was supposed to be Aril 2nd) there are still Collector’s Editions pre-orders available to claim. Priced at a fair $99.99, this version contains in-game weapons and character packs for use in multiplayer, a bullet keychain, the official soundtrack, art prints, and an awesome 10” Max Payne statue from Triforce. 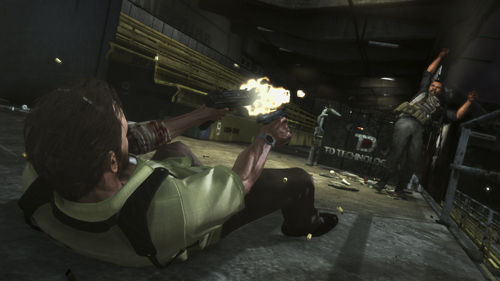