PAX East 2012: On the Floor with Triforce 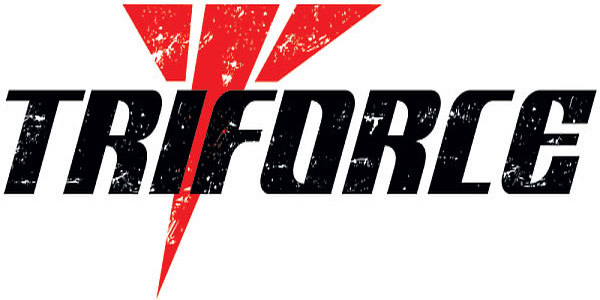 Among the maze of crowded booths, flashing LCD displays, and booming soundsystems, Triforce’s elegantly subtle presentation demanded the attention of passers-by. Being unveiled to the public for the first time were several new prop collectibles straight from some of your favorite games. To say these pieces looked amazing would be a gross understatement and, while photos can’t do them justice, we have shots and impressions of each one. 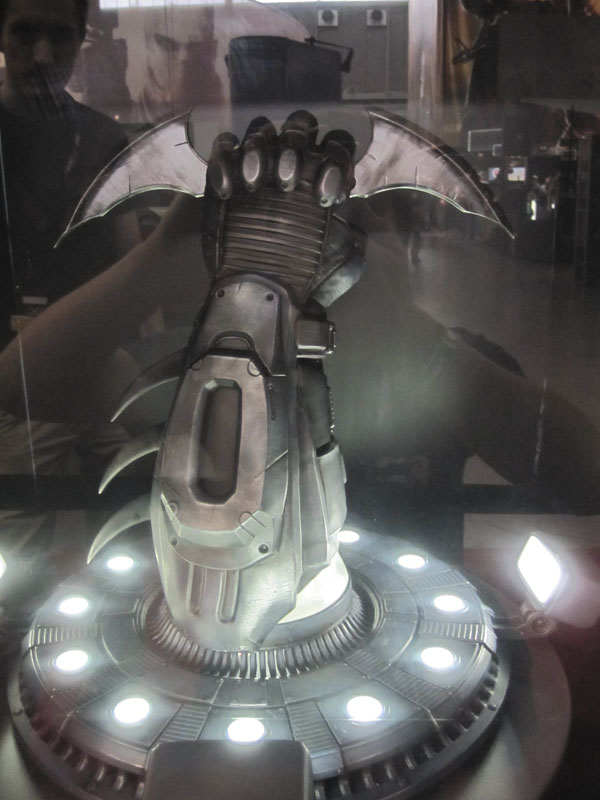 Batman: Arkham City was universally loved by the gaming community when it launched late last year, praised not only for it’s great gameplay but for its stellar art direction. Triforce has captured two incredibly iconic pieces of the game with 100% accuracy, unveiling full-scale replicas of a Batarang and Riddler Trophy. The Batarang replica actually includes Batman’s full gauntlet sitting atop an illuminated base modeled to look like tech straight from the Batcave. While the gauntlet itself is fixed to the base, the Batarang is attached to the armored hand via magnets, meaning you can detach and reconnect it to Batman’s hand on the fly. I wouldn’t recommend throwing it though; this thing looks menacing and has enough weight to it to do some damage. In fact the whole piece, which occupies more than two cubic feet, weighs about 20 pounds.

The Riddler Trophy is immediately recognizable to any fan of the game and looks stunning. Glowing via LEDs and powered by USB, this signature green question mark sits atop a base of riveted metal and gears that gives the illusion that it will kick into motion at any second. It looks impossibly cool and, just for the sake of consistency, is limited to the exact number of Riddler Trophies that appeared in the game (if memory serves there were a little over 400). Keep an eye out for both Arkham City themed collectibles this May. 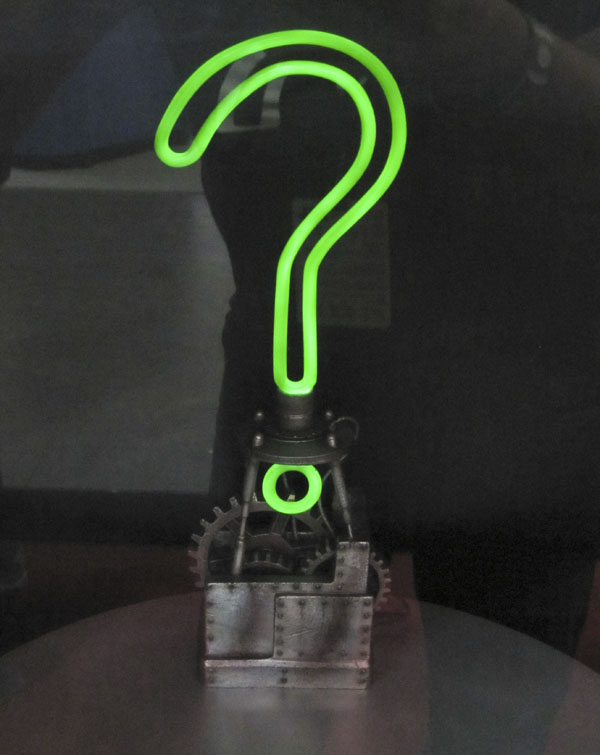 Many folks may be familiar with what Triforce has with the Gears of War license– churning out quality replicas of the most memorable weapons in the game. If you bought the Collector’s Edition of Gears of War 3, you already have their PVC statue of Marcus Fenix (which was also on display at PAX). But what they unveiled here was the upcoming Gold Edition of the full scale Hammerburst II. Limited to just 500 pieces and weighing in at 35 pounds, this weapon model is colossal. With all the different weapon skins in the game, Triforce really has unlimited possibilities to try out different paint schemes, but the gold versions have always been fan-favorites. It looks fantastic on display and catches light beautifully. Available early 2013 for $900, this one, like many of the previous Gears items, will sell out quickly. 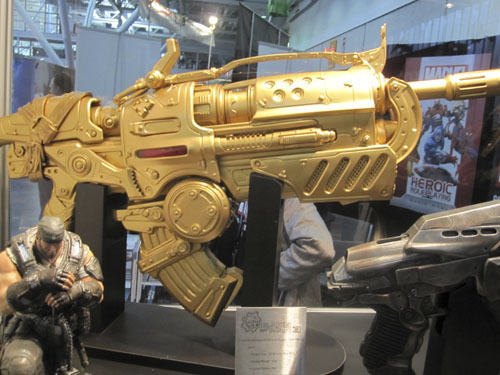 The M-3 Predator is a full scale replica of one of the more recognizable weapons from the Mass Effect series, nicely complimenting the previously released M-8 Avenger Assault Rifle. Limited to 500 pieces (with a “custom” version limited to only 150) this pistol is everything that you’d want it to be. It looks completely identical to its in-game counterpart and even lights up in the same fashion thanks to LEDs and a USB charging system. This should be on the wishlist of every Commander Shepard cosplayer when it launches this May. 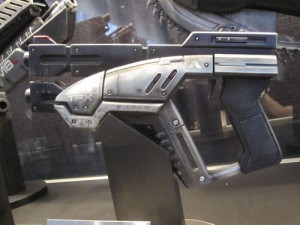 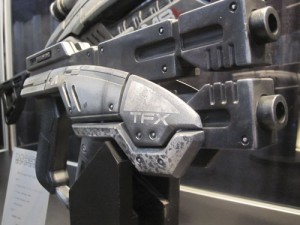 Lastly, we finally got an up-close look at Triforce’s Max Payne statue that will be packaged with every Collector’s Edition copy of Rockstar’s Max Payne 3 next month. I’m extremely happy that I was quick to pre-order the collector’s version as this statue looks intense. Triforce had a number of different routes they could have taken with this piece as Max’s look changes drastically over the course of the upcoming game, but they opted to go with Payne’s classic look. Sporting a suit, stubble, dual pistols, and a pissed off demeanor, Max is sculpted walking across a wooden floor covered in spent shell casings. It looks great and totally embodies the modern-noir style that’s driven the previous two titles. 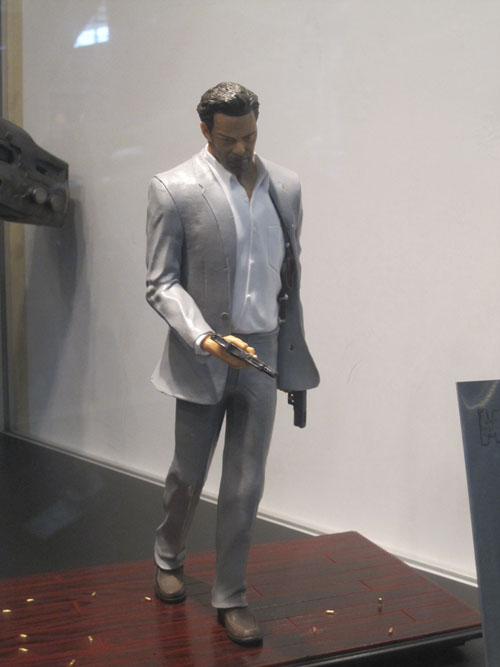 Overall, it was a great showing for Triforce– any one of the pieces they presented would instantly become the focal point of a room they get displayed in. Be sure to look for these items as well as their currently available products at www.projecttriforce.com