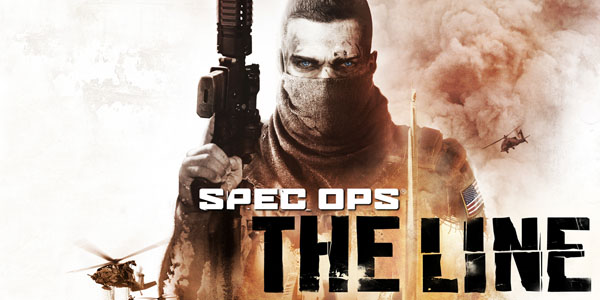 Spec Ops: The Line sees the return of the long-running series and its first foray into the modern generation of consoles (the last title was Spec Ops: Airborne Commando back in 2002). Publisher 2K’s impressive military themed booth– complete with a post-apocalyptic bus– contained a lengthy single-player demo of the game that offered players a glimpse of its realistic third-person combat and engaging story. We went hands-on with the game, spoke with the lead writer Walt Williams and Survival Expert Reggie to find out everything we could about this promising new military-themed shooter from Yager Development.

We weren’t sure what to expect from Spec Ops: The Line, but we came away from our playtime convinced that it will bring something new to the table when it releases June 26th. The demo kicks off with an intense and engrossing helicopter-mounted machine-gun segment that immediately demonstrates the game’s graphical prowess. The post-apocalyptic city of Dubai, the game’s main setting, is being engulfed in devastating sandstorms and the air itself seems to be tinted red. The tension never lets up until your helicopter is consumed by a gigantic sandstorm and the narrative flashes back, putting you in the boots of Captain Martin Walker (voiced by Nolan North– shocker!). 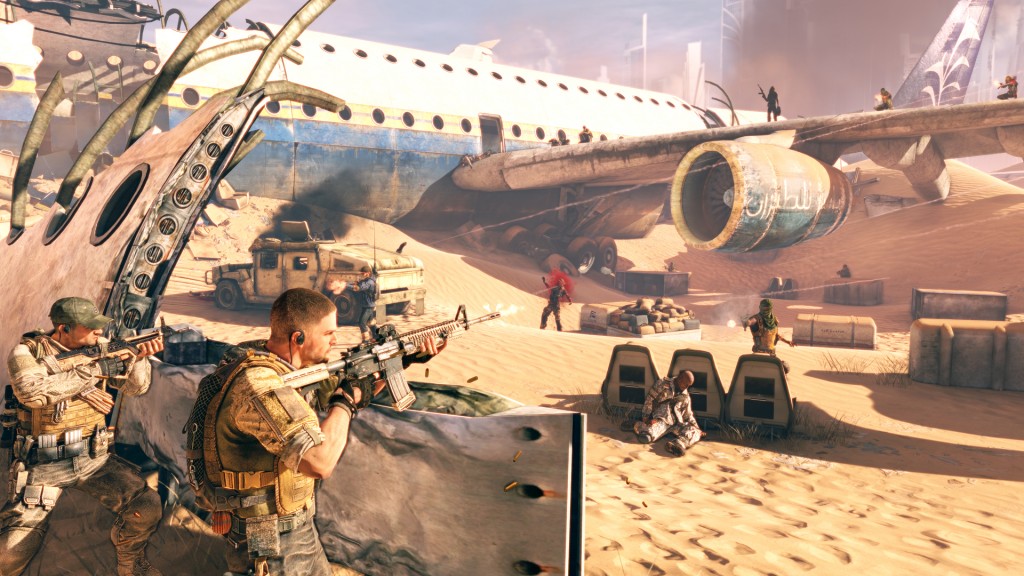 The on-foot controls feel really great. Movement is smooth and the cover mechanic is satisfying; most modern third-person shooters have more or less adopted the same mechanics because they just work, and this title is no different. The player can also utilize a few basic squad mechanics like ordering your teammates (always AI, no online co-op) to attack an entire area or take out a single enemy. The level of detail on the characters and environments really impresses and gives another layer of realism to the game. The almost futuristic skyline of Dubai looming in the background is a sight to behold. As Reggie pointed out, you almost have to squint because the sun is so bright and convincing. 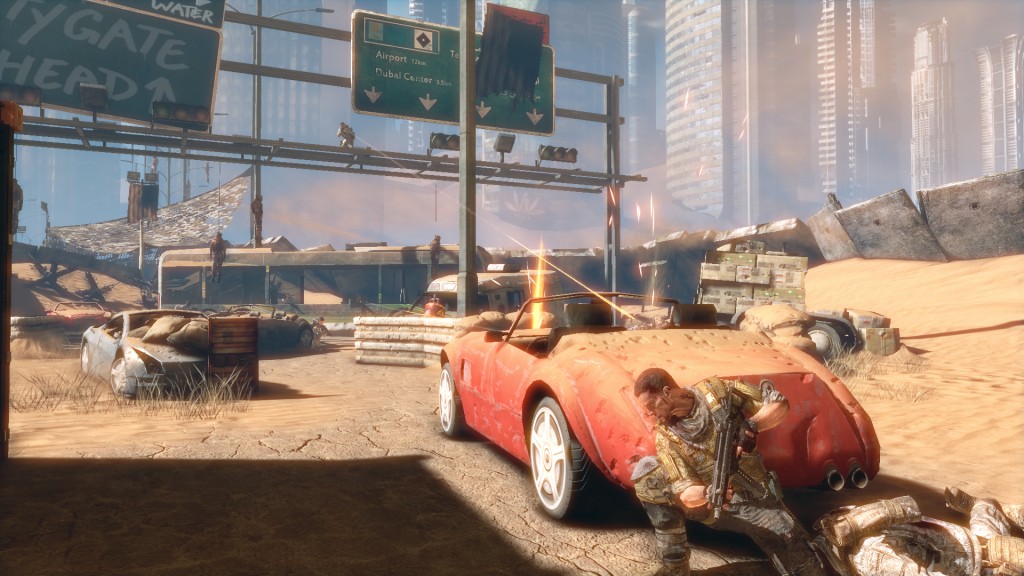 The thing that looks like it can truly put this title above the crowd is the focus that the development team has put on the story. Captain Walker is sent to Dubai with an Elite-Force Bravo Team to retrieve Army Colonel John Konrad, who remained in the city with the 33rd Infantry to protect the citizens that were unable to escape the massive sandstorm but has since gone rogue and basically taken over the city. Over this plot lies the central theme of the game, which is, according to lead writer Walt Williams, “What happens to good men when they’re put into an increasingly bad situation.” The similarities to Joseph Conrad’s novella “Heart of Darkness” are incredibly obvious, but it’s more homage than blatant copy. Williams hopes that this game can become the Apocalypse Now of military shooters, and if the writing and dialogue keep up the quality and authenticity found in the demo (Williams served in the military for a short time and actually based some of the characters on friends of his who are currently deployed), that might just be a possibility. The game also features a dynamic choice system where the player can decide whether or not to shoot and must face the consequences of the decision, but it’s not yet known how deep this system will go. Multiplayer has been confirmed but no details beyond that are yet known.

Spec Ops: The Line is undoubtedly a game that we’ll be following closely up to its release this summer on Xbox 360, PS3 and PC. It grabbed our attention immediately and has remained one of the most memorable and exciting games of the entire expo. 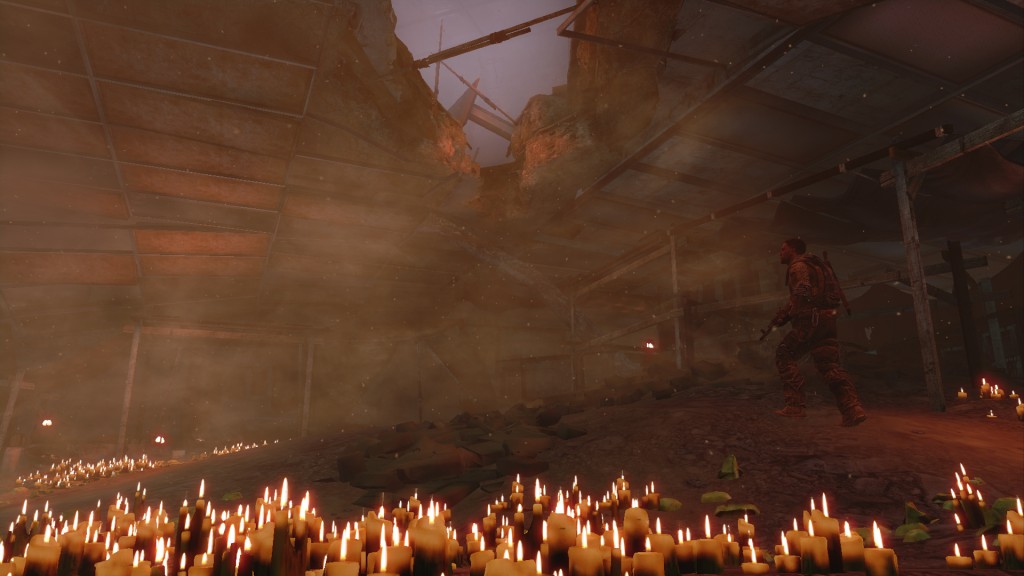