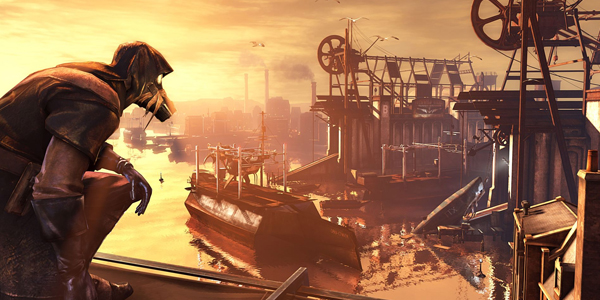 While ESO was the focal point of Bethesda’s PAX East booth, I was able to get some hands on time with a fantastic upcoming DLC addition to last year’s Dishonored, entitled “The Knife of Dunwall.”

The acclaimed Dishonored was certainly one of the better stealth/action titles to be released in 2012 and a good part of the appeal for me was the beautiful steampunk aesthetic that permeated the characters, costumes, and the city of Dunwall where the story takes place.  The Knife of Dunwall brings us back to familiar territory but under a different premise.  You may remember the opening sequence of Dishonored as Corvo is helpless to prevent the Empress’ assassination by Daud.  We relive that sequence at the beginning of this downloadable chapter, which is selectable separately from the main menu, only this time we are seeing it transpire through Daud’s eyes.  Backed by an awesome voiceover narration by Michael Madsen (yes!!) we get a deeper understanding of Daud’s character while filling in some of the blanks leftover from Corvo’s story. 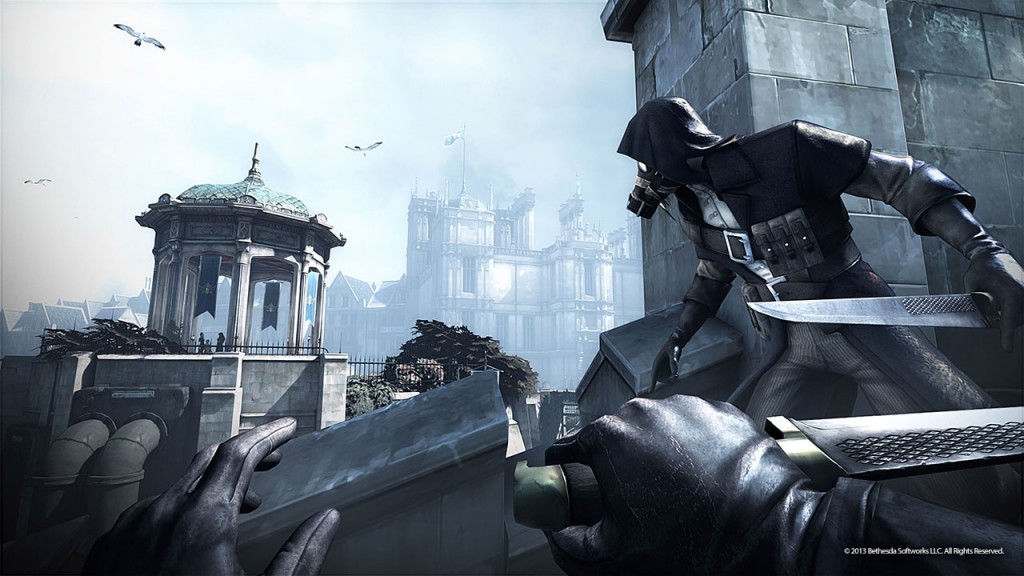 What becomes immediately clear is that Daud is wracked with guilt and uncertainty over the events that transpired.  He has spent a lifetime murdering corrupt aristocrats but can’t shake thew thought that, by killing the Empress, he may have taken the life of someone who was legitimately trying to do good and make the world a better place.  This doubt burdens him throughout this chapter, which will take players anywhere from 4-8 hours to get through depending on the difficulty level and individual play style, as Daud searches for atonement.  Similar to controlling Corvo in the main game, players can go about achieving their objectives by using stealth and non-lethal tactics or causing full-blown chaos – although, this time around, you’ll have some new tricks and gadgets at your disposal. 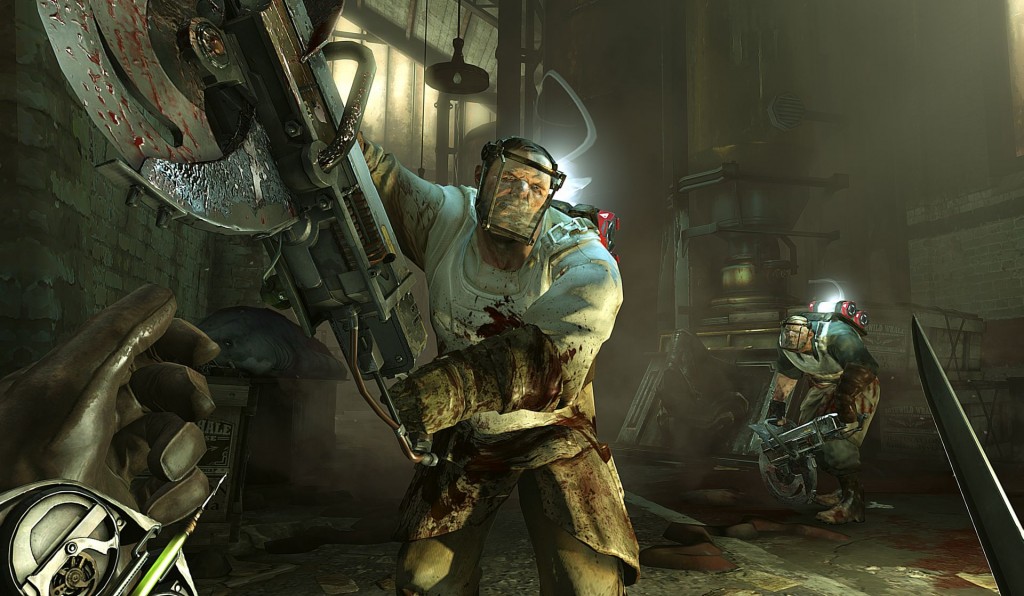 Daud has access to a blink power, for example, but it works differently than Corvo’s.  Instead of instantly teleporting you forward, holding down the assigned button will freeze time, allowing you to select your destination in any direction.  It takes a bit get accustomed to if you are used to the standard blink move, but the payoff is worth it, with much greater movement potential.  The wrist-mounted bolt launcher makes a return as well but there are also several inventive new gadgets.  The Arc Mine, for example, can be stuck to anything and will electrocute anyone in its vicinity.  This can be placed on a dead body so that anyone investigating it will get zapped or even simply thrown towards an enemy or stuck to a wall near their patrol route.  Stealth players will find that the Arc Mine can even be upgraded to ensure the jolts won’t be lethal.  Chokedust vials are also a huge addition which open up new combat possibilities.  If you throw chokedust at an enemies feet, they are temporarily disoriented, giving you time to get out of their sight.  Of course, you can also use this window of opportunity to sprint over and run them through with a dagger. 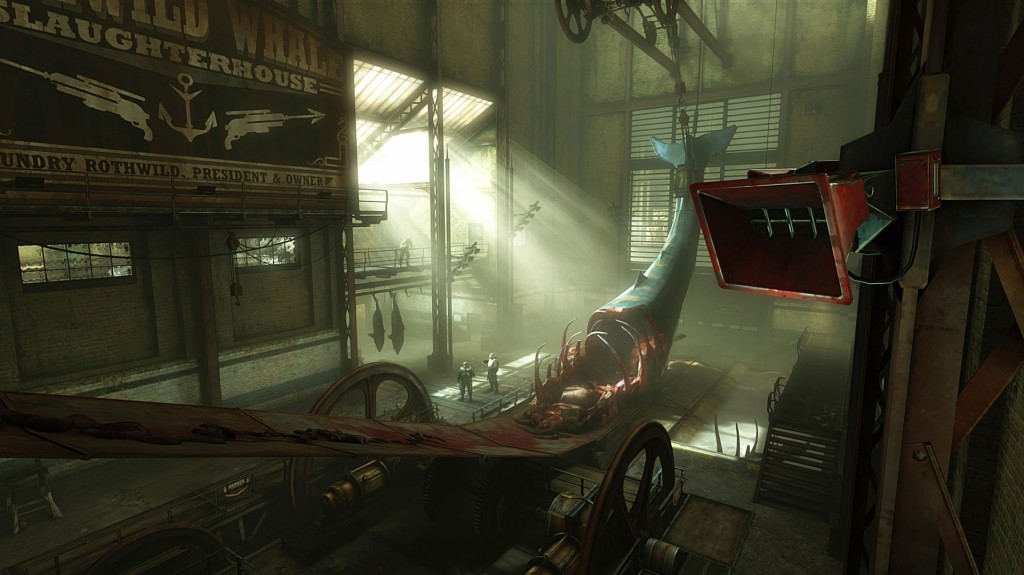 Best of all, while it is still set in Dunwall, Daud explores a different area of the city than Corvo saw on his quest.  This is great news solely because Dunwall is such an interesting setting that really immerses you in this fictional world.  Early in my playthrough, and after some serious exploration of the environment, I was able to evade or incapacitate the guards patrolling a whale slaughterhouse and make my way inside.  While Dishonored showed that the town was powered primarily with whale oil, this new area gives players some new insight on the inner workings of the town’s resource production – and it’s not a pretty sight.

By and large, Arkane Studios put together a great piece of downloadable content for the blockbuster title which will see release on April 16th and then be concluded later this year in one final DLC episode, “The Brigmore Witches.”