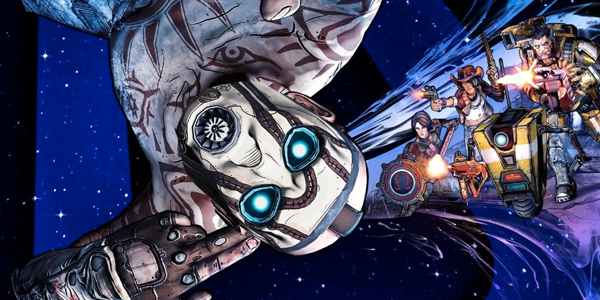 Officially announced only days prior to the convention, 2K hosted a 20-minute long gameplay demo ofBorderlands: The Pre-Sequel at PAX East 2014 and fans lined up for hours to catch a glimpse of what the next entry has in store.

Developed by Bearbox Software & 2K Australia, The Pre-Sequel gives players access to four new characters, including a Claptrap unit, Handsome Jack’s Lieutenant, Wilhelm, and Nisha, the Sherriff of Lynchwood.  Fans will recognize the latter two characters from Borderlands 2 and, since they appeared in a slightly different capacity, hopefully there will be story structured around how they ended up where they were.  The 2K staff member who was running through the game showed off Athena, a gladiator-type character whose special powers largely revolved around the use of her shield.  By leveling up her “Phalanx” skill tree and gaining access to powers like “Kinetic Aspis” and “Prismatic Aegis,” Athena was able to absorb damage types with her shield and then hurl it, Captain America-style, at foes as an offensive weapon.  One of the last powers available in that section even allowed her to target multiple enemies in one throw. 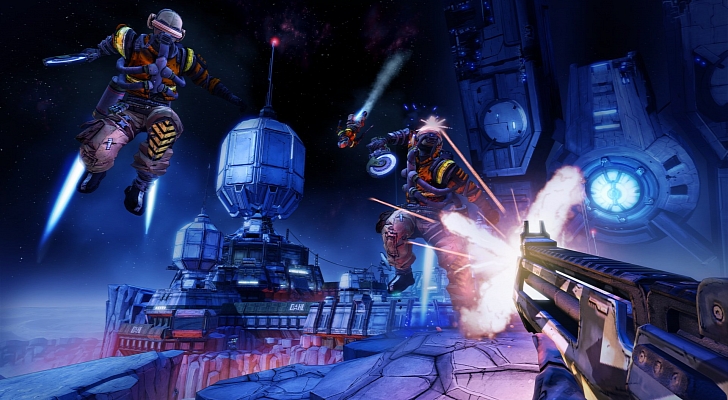 Before stepping out of the first installation and onto the surface of Pandora’s moon (where the action takes place this time around), the player popped open a familiar loot chest and grabbed some of the new guns that were available.  Most notably, there are now laser weapons (which shoot differing colors and spreads of laser beams) and projectiles that inflict cryo damage.  The first thing that was apparent once Athena’s was on the moon and outside of a building was that her O2 meter steadily drops over time as oxygen is consumed by breathing.  It can also be forcefully vented to allow the player to thrust in any direction, be it downward for colossal jumps or even upward to come crashing down to the ground (this move can potentially damage enemies as well).  Once your suit’s O2 is depleted, you will begin to lose health as well, which is why it’s important to locate O2 vents and generators to replenish your supply.  These can easily be spotted and are visible on the minimap but it does seem like a bit of a hassle to stop and recharge your meter constantly.  They devs however stress that the meter should be more of an afterthought for players due to the abundance of oxygen-producing areas in the environment. 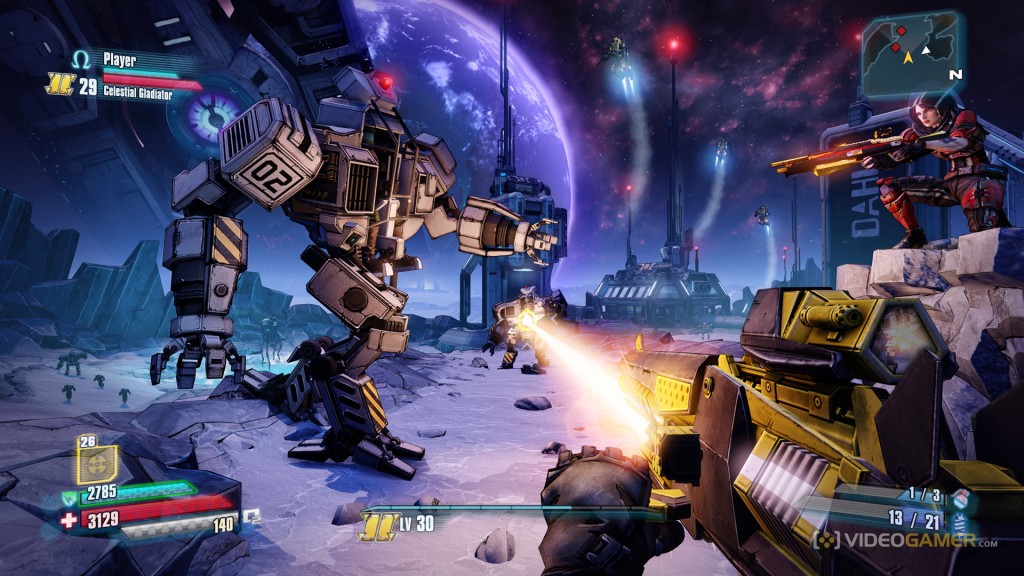 It’s also a small trade-off though for a new location that provides so many awesome, humorous moments.  Due to the lower-gravity, loot will burst into the air and slowly drift downwards and enemies blown off the ground by grenades and explosions will just keep flying outwards, into orbit – it’s absolutely hilarious.  Scoring a headshot on an enemy can now pierce their helmets which, if they’re outside, will cause them to leak oxygen and slowly suffocate.  The aforementioned cryo-damage type is also great new feature which will slow and eventually freeze enemies in place.  Hitting an enemy while they’re frozen will also shatter them to tiny bits. 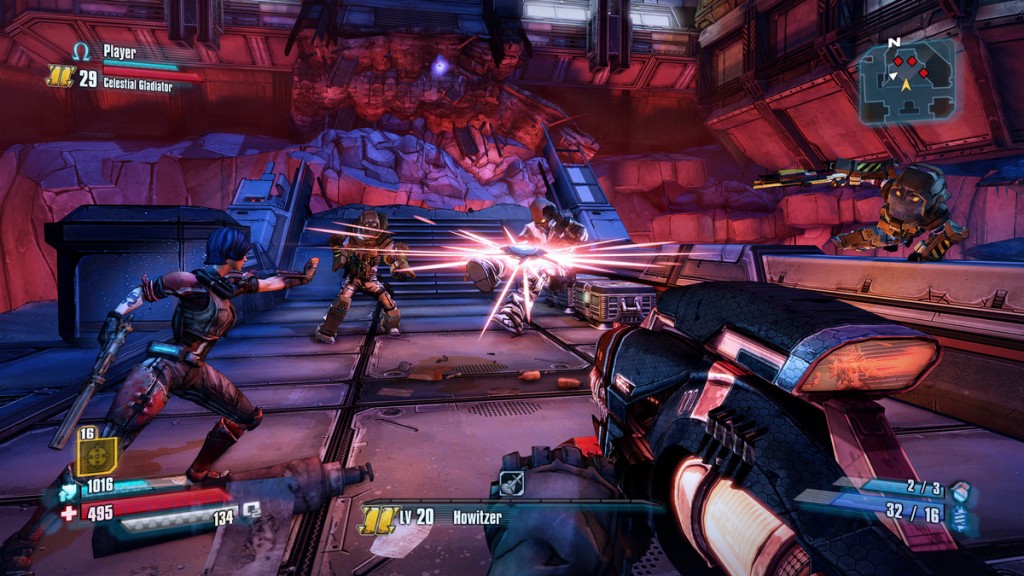 Borderlands: The Pre-Sequel is certainly going to include everything that made the first two titles so entertaining with a few new tweaks that look like a ton of fun.  The formula they’ve achieved at this point leaves little room for improvement, but new content is also welcome – it’s just a shame that it won’t be coming to next gen consoles.  It’s currently set for release in the third quarter of 2014 for PC, Xbox 360, and Playstation 3.