PAX East 2015: Be Your Own Worst Enemy in Extreme Exorcism 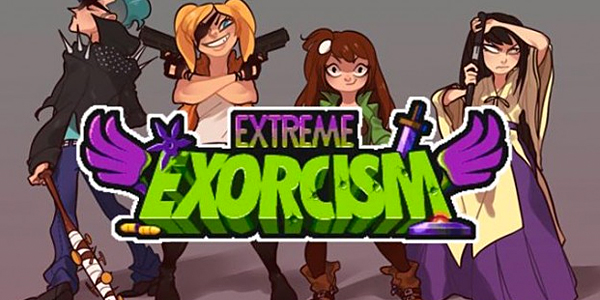 Golden Ruby Games showcased one of the greatest indie titles on the PAX East show floor with Extreme Exorcism, a superbly punishing game that’s as adorable as it is challenging.

Players control professional ghostbusters who infiltrate haunted cemeteries, libraries, and a variety of other locations to hunt down the spirits inhabiting them.  Starting up a level drops you into static, arena-style map with no weapons to defend yourself and a pesky ghost flying around.  Weapons soon begin to spawn intermittently around the map and players must avoid the ghost long enough to collect one and then use it to take the roaming ghost out of commission.  Easy enough right?  Well, the kicker is that there will be one additional ghost added to the mix in every consecutive level and it will be mimicking the manner in which you killed the last ghost of the previous match, perfectly replicating your every move.  Essentially, this means that the more efficient players are at dispatching ghosts, the more difficult their lives will become as the game progresses and the screen is filled with the spirits that haunted all the previous areas — all wielding the weapons you used to kill them. 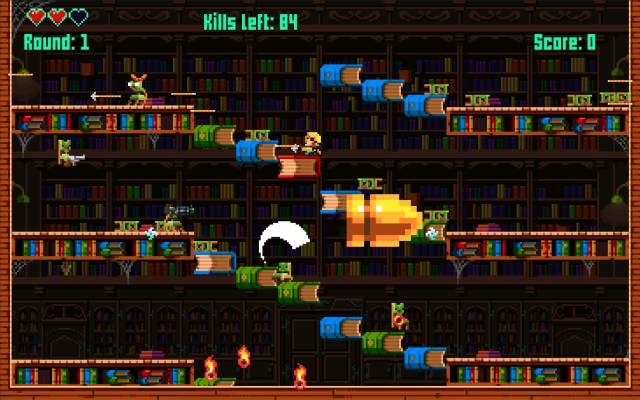 This introduces an interesting choice for players as to whether they want to grab the most powerful weapons available knowing that they will be able to take out the ghosts more easily in the current round but knowing that the one will come back next round shooting that exact item.  Sometimes it’s favorable to choose a weaker weapon to take out the ghosts, even though it may be more difficult to hit them, with the understanding that their reincarnated forms will be easier to avoid.  Throw four-player multiplayer into the mix and you have an outstanding and incredibly chaotic couch co-op experience with a screen filled with characters and flying projectiles — especially since players can collect and wield three weapons simultaneously.  These tools of destruction range from firearms to lightning bolt attacks to throwing axes and daggers to Street-Fighter-inspired powerful uppercuts.  The most sought-after pick-up though is the angel wings, which grants the wearer a few seconds of invulnerability, surrounded by a holy aura.  Any ghost that wanders too close during this time is blinked out of existence permanently and will not return in subsequent rounds.  Presented in a 2D 16-bit aesthetic, Extreme Exorcism’s campaign mode will bring you through 10 multi-area levels as well as a showdown with a final boss, but multiplayer will keep you coming back for the foreseeable future. 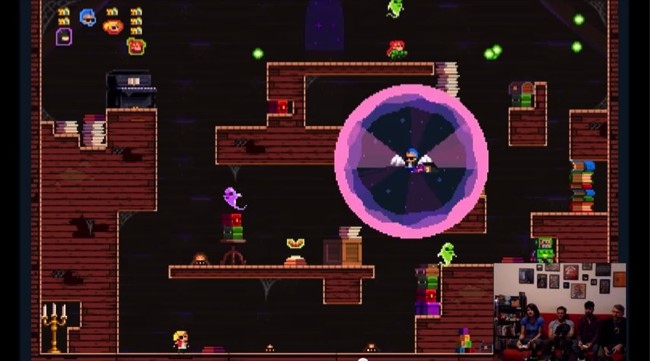 For the ultimate test of your skills however, there will also be a 50-level challenge mode which presents players with a specific ruleset designed to make each level extremely difficult, such as making each weapon picked up only fire a single shot before running out of ammunition.  There is also a surprisingly enjoyable deathmatch mode where you and three friends can duke it out in the same ghost-filled arenas from the single-player mode.  The last player standing wins the round but begins the following round with a handicap — they spawn in a few seconds after the other players, making it difficult for them to grab a weapon right off the bat as they’ve likely been scooped up by the other players.  It’s a great balancing mechanic and worked well to level the playing field.  The controls are simple but spot-on with a simple jump/shoot two-button button layout which kept the gameplay simple and streamlined. 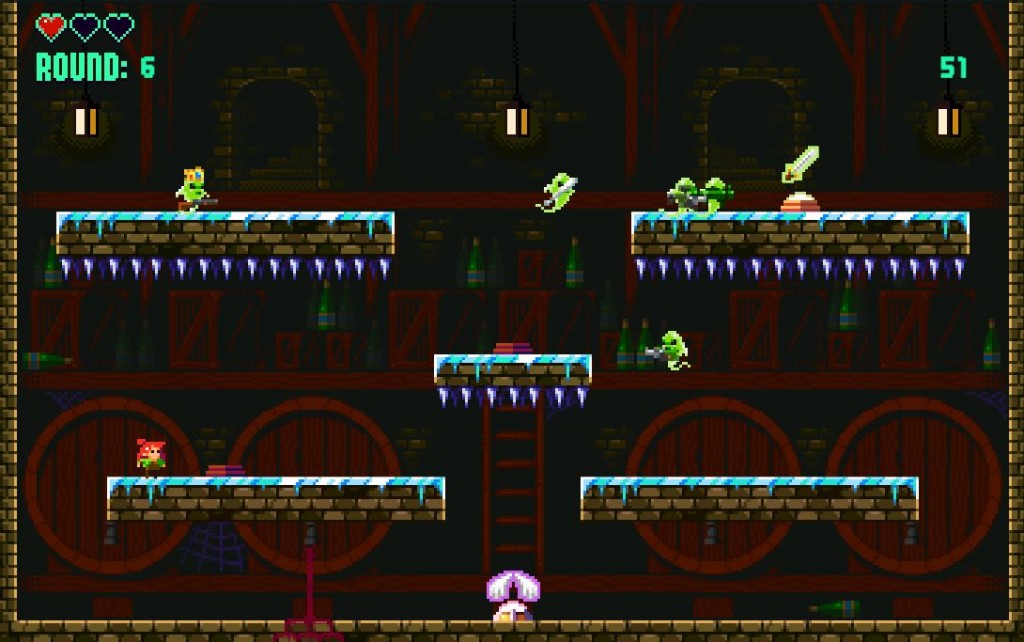 Extreme Exorcism should hit Xbox One, Playstation 4, and Steam later this year, distributed by Ripstone Publishing.  I’m definitely looking forward to spending some time with the final version when it’s released and challenging myself by literally challenging myself.