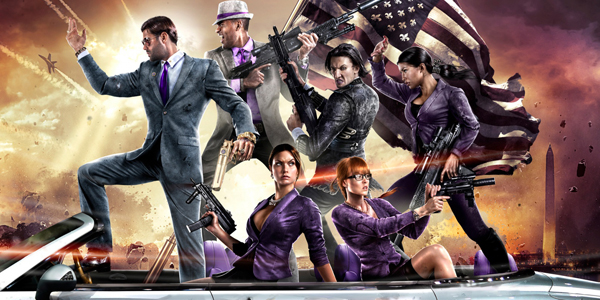 Just when you think you’ve seen everything there is to experience in the city of Steelport, Saint’s Row IV ups the ante.

If you follow the series, then you know the developers have one simple, primary focus — to deliver as much over-the-top fun as physically possible.  Deep Silver’s upcoming sequel to the excellent Saint’s Row: The Third is certainly no exception and, judging by the footage shown at this year’s PAX East, may be the greatest entry in the series to date.  Senior Producer Jim Boone and Creative Director Steve Jaros were on hand to walk us through some of the exciting new features and story elements we’ll be seeing in the final build. 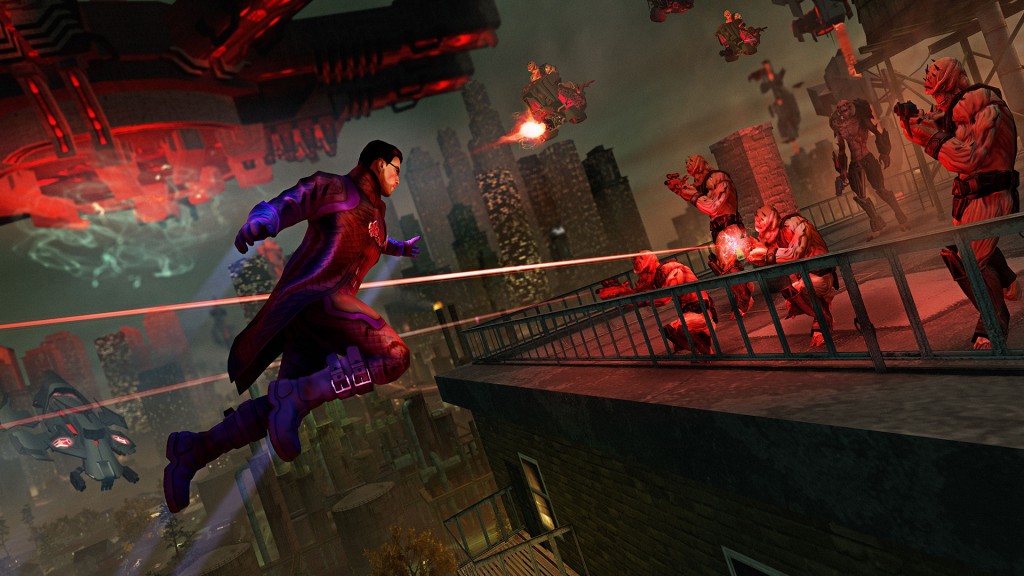 For starters, as the leader of the Third Street Saints gang, you have now assumed the role of president of the United States, which is of course the next logical step in the character’s ever-rising fame and influence.  Being in such a position of power has its advantages, we’re told, which will be evident early in the game but, in typical Saint’s Row fashion, the situation escalates quickly and you find yourself abducted by an alien race known as the Zin.  These aliens are bent on indoctrinating and breaking the will of the human race — so what better place to start than with the leader of the free world?  Without getting into specifics, Boone advised that, as a result of your incarceration in (and subsequent escape from) the Zin’s “virtual prison”, you soon find yourself back in a twisted version of your hometown of Steelport as a changed person – in that you have gained superhuman abilities.  Yes, you read that right: in Saint’s Row IV, you are not only now the President, but also have superpowers. 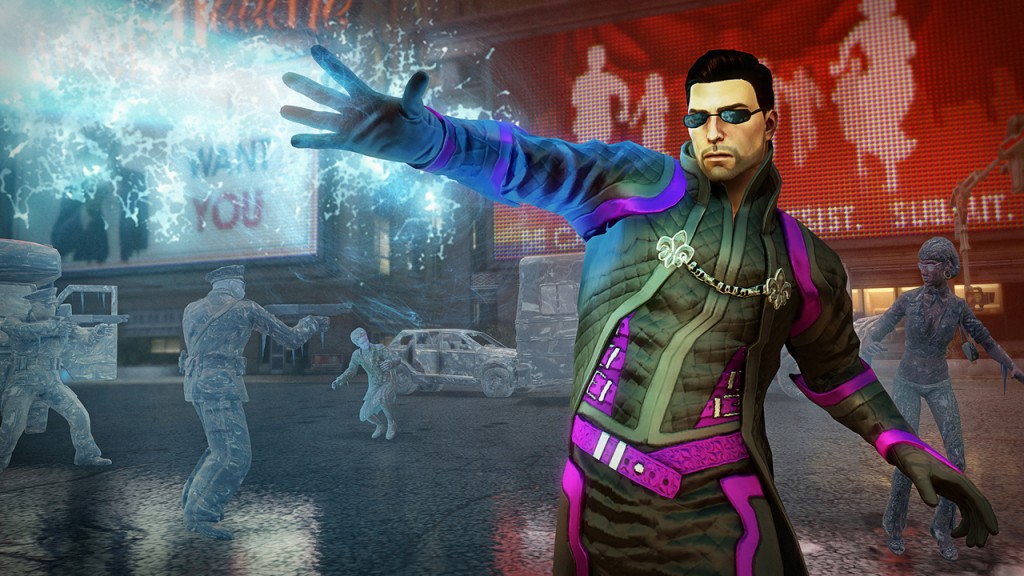 While these powers are initially rather weak, they can be developed and leveled-up throughout the game, and Jim was able to talk to us about several of the powers that we’ll all be having fun with later this year.  Your newfound super-speed, for instance, looks as if you’re controlling the Flash…if Flash had a blatant disregard for everyone and everything in his path.  NPCs and vehicles alike will be blown out of your way as you blaze through city streets at lightning pace.  Seeing it in action really gave perspective on the extreme amount of power you can achieve.  Super-high jumping is complimented by a gliding mechanic similar to that in the ]Prototype] games which will make navigating the city a breeze.  It can also be combined with an awesome divebomb move to really bring some hurt down on your enemies.  Your “glass” power can be used to freeze foes in their tracks, allowing you to then shatter them into thousands of tiny bits.  We also got a glimpse of the character’s immense super-strength as he smashed through Zin and tossed them around like rag dolls.  And of course, what game with super-powers would be complete with out some Akira-like telekinesis abilities?  While similar powers have been done in recent games, it’s important to remember that titles like Crackdown and [Prototype] were basically defined by the mechanics of the powers at the players disposal — that was the central focus and main draw of those games.  It looks like Saint’s Row IV is perfecting this formula for its inclusion into what is already one of the most enjoyable franchises of this generation, without sacrificing anything that worked in previous entries, and the results look mighty impressive to say the least. 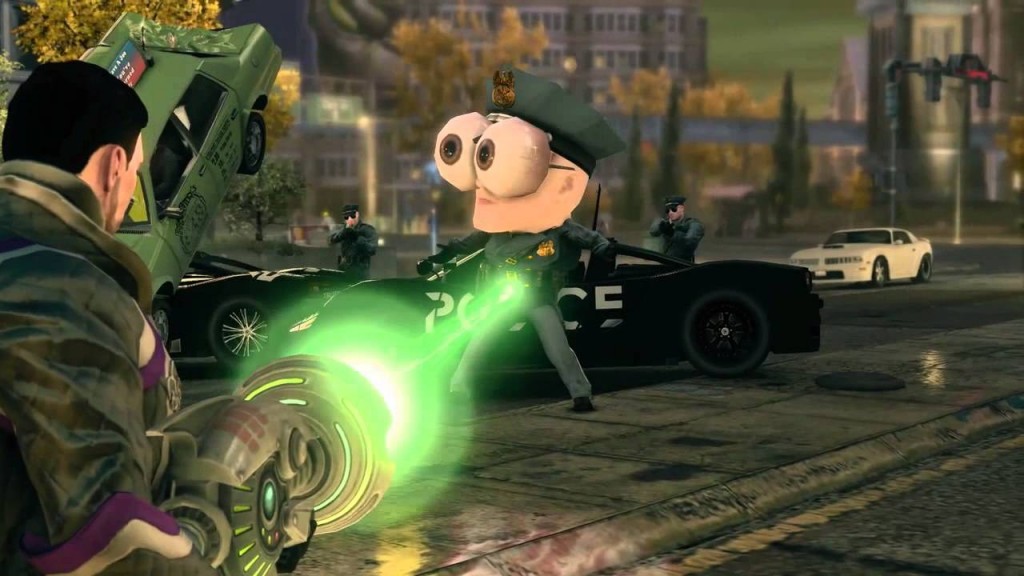 Even with all your crazy new skills, it just wouldn’t be a Saint’s Row game without a plethora of ridiculous weapons.  Thankfully, the developers of SR4 have brought a host of killer new ideas to the table.  For example, the new Inflat-o-ray will cause your target’s head to swell to gargantuan proportions until it explodes into a bloody mess, the animation for which is as humorous as it sounds.  Also new to the series is a Dubstep Gun.  Whether you love or loathe the music trend (and I most certainly fall under the latter), I think everyone can agree that the prospect of murdering people in the street with it is an intriguing one.  Pull the trigger and the huge weapon will spew forth colorful fireworks to the beat of a dubstep tune, causing anyone within earshot to keel over and die — genius!  Not only that, but the game will feature deeper customization of all your weapons.  In addition to being able to upgrade the stats and abilities of your arsenal, you can fiddle with the aesthetics as well.  Jim cycled through a couple customizable skins for the rocket launcher, for example, that made it look like a guitar case or even an SNES Super Scope. 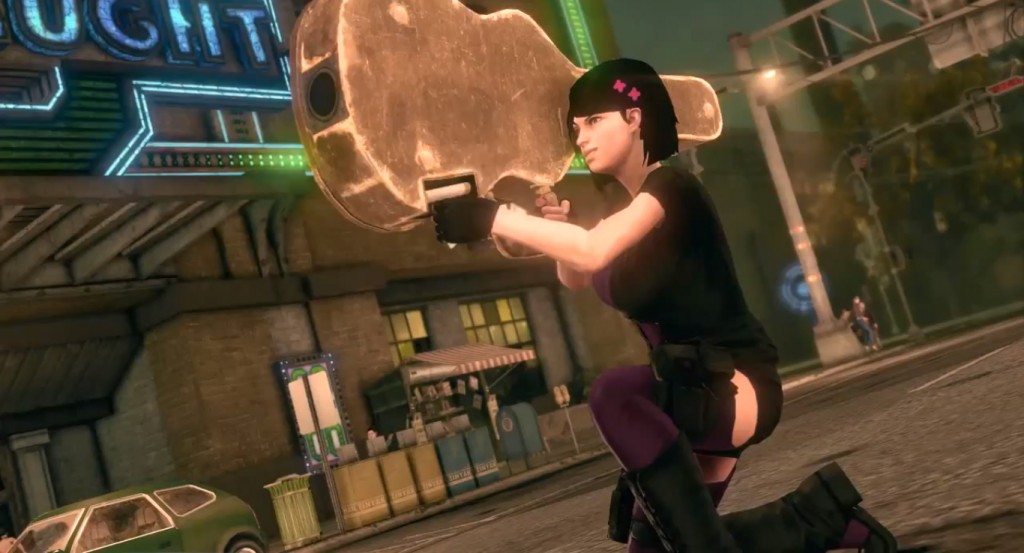 Flashpoints will still be a part of the game, which will show what parts of the city you control and which are being contested by your enemies which, in this game, are represented entirely by variations of Zin soldiers.  Although your powers will make it easier to traverse the map, it doesn’t mean they skimped on the vehicles either.  While many of the new rides in the game are still under wraps, we did have the opportunity to see the monster truck in action as well as an amazing-looking mech suit outfitted with jump jets, miniguns, and heavy armor.  The difficulty has been ratcheted up a bit as well, to compensate for how devastatingly powerful your character will be by the end of the game.  That said, the returning Death Tag multiplayer mode will be intense with the addition of powers as each player is assigned a random ability and sent to duke it out.  And drop-in/drop-out co-op is of course coming back as well so you can share in the experience with a buddy, which I’m really looking forward to.  I’ve never laughed so much while playing a video game as I had while playing Saint’s Row: The Third with a friend. 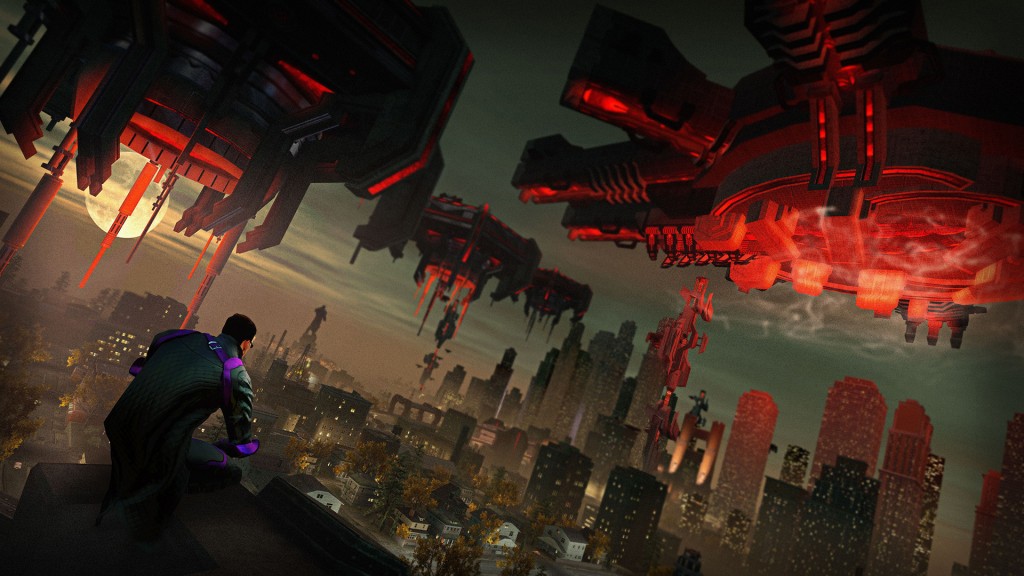 Deep Silver clearly has a hit on their hands with this one.  Of everything being presented at PAX East 2013, it stood out as the title I walked away most excited about.  The devs understand how to make a game that is purely fun to play – almost as if they have it down to a science.  The series has always been a shining example of just how enjoyable a game can be and it was great to see that what fans loved about the previous titles will still very much be a part of the latest entry.  There will even be some familiar faces returning, but they’ll be tight lipped about the specifics until closer to launch.  Keep your eyes on Saint’s Row IV, set for release in late summer/early fall.