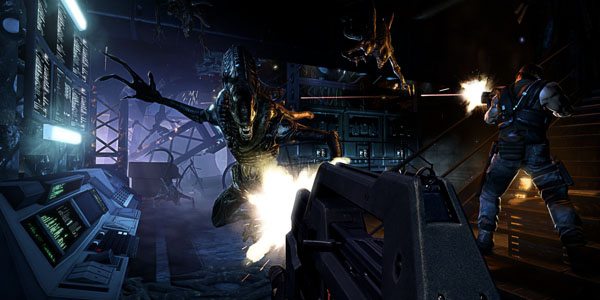 One of the more popular attractions at this year’s PAX East was without a doubt Aliens: Colonial Marines– and with good reason. People waited patiently in line for nearly three hours at a time for a glimpse at some gameplay footage and a hands-on multiplayer build of this highly anticipated title. We were able to check out what Sega had to offer and, whether you’re a fan of the Alien franchise or not, it’s looking damn impressive.

Set seventeen weeks after the events of the film Alien 3, the game opens as the Colonial Marines respond to a distress call broadcasting from the derelict USS Sulaco, a vessel most fans of the film series are likely familiar with. Told through the eyes of Corporal Christopher Winter, you board and begin to explore the ship in search of Ellen Ripley and crew when the situation quickly escalates. As you venture deeper into the Sulaco and discover a Xenomorph infestation, the action really kicks into high gear. Equipped with a pulse rifle and iconic motion tracker, lurking aliens will stalk you at every turn– some hiding in the shadows waiting for a chance to strike, some rushing you in a brutal head-on assault. During the segment that was shown, the voice acting was tight and the dialogue did a great job conveying that the shock and horror your character feels upon stumbling into a Xeno nest for the first time. 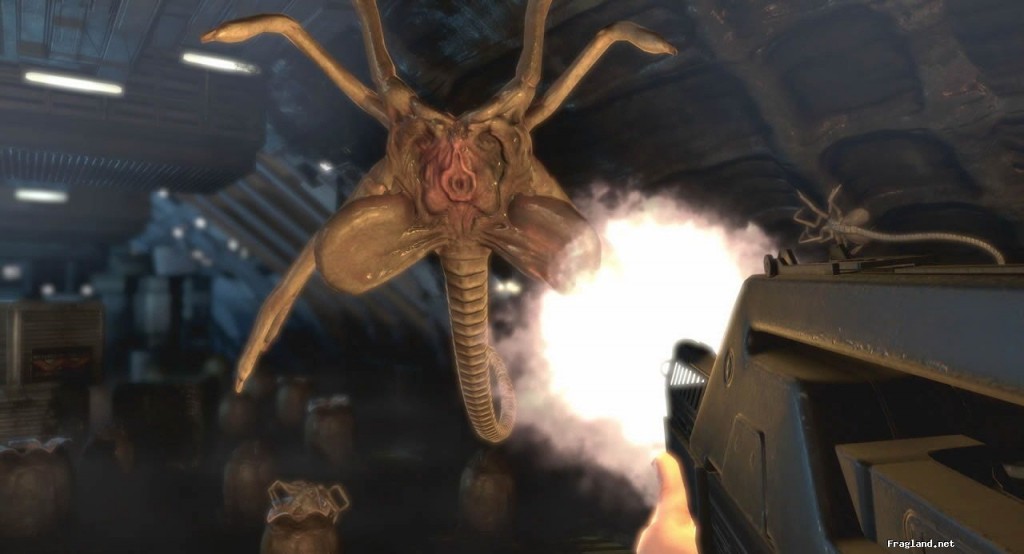 The alien characters were rendered perfectly and moved around in a movie-accurate fashion– it really felt like watching some of the most exciting portions of the first two films all over again. But even more impressive than the visuals was the astounding audio work. Between the amazing score and sound effects that were identical to the film versions, Gearbox really knocked it out of the park. While being bombarded with Xenomorphs from all sides, you’ll hear sentry turrents blasting away, desperate radio chatter and, above all, a booming cinematic score that can rival any of the films. Really powerful and exciting stuff, even in its early stages. 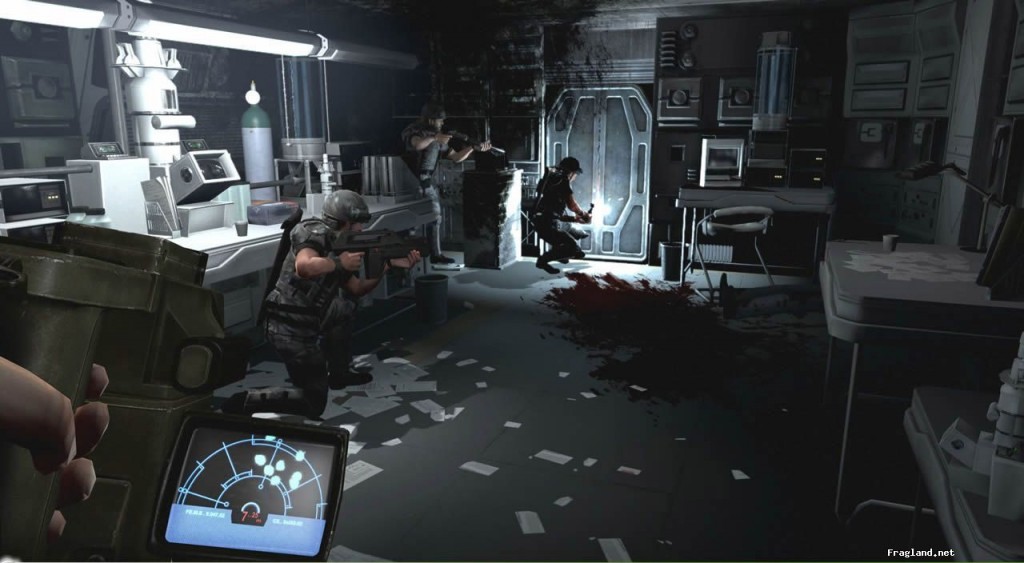 We were then treated to a round of multiplayer with the Gearbox devs– a standard deathmatch of Marines vs. Aliens. Marines are outfitted with a motion tracker and your choice of weapon loadouts while Aliens, who can only kill with melee attacks, perform largely how you would expect them too– able to run on walls and ceilings to get the drop on hapless Marines. There are still tweaks and balancing adjustments being worked on as the game is still under development but, as it stands, it’s loads of fun and should provide some killer online play when released late this year (hopefully) on the Xbox 360, Playstation 3, PC, and the upcoming Wii U. 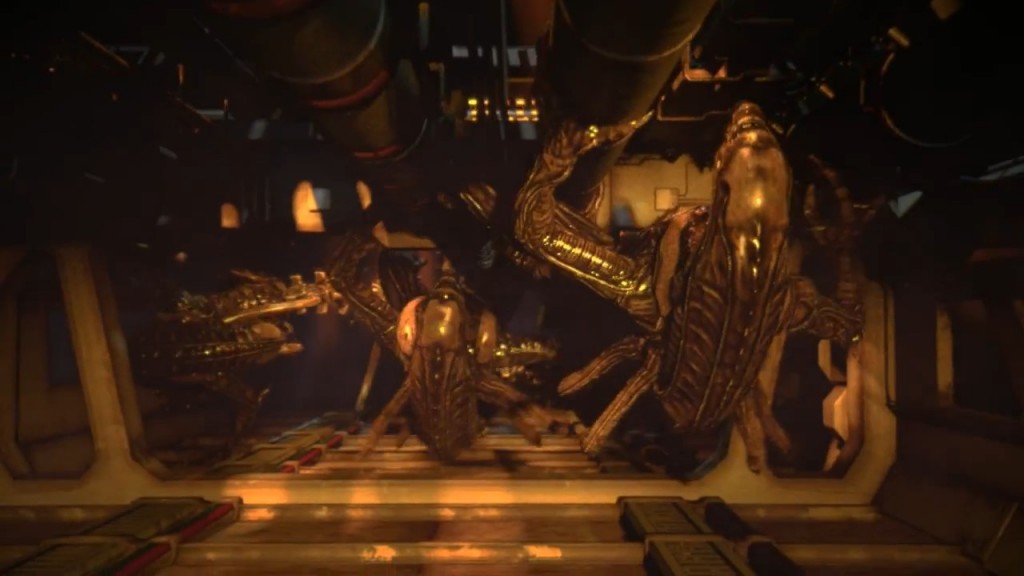