2K Games outdid themselves at PAX East 2012, preparing not only an awesome preview of their upcoming Spec Ops: The Line, but also a playable build of one of this year’s most anticipated titles, Borderlands 2. We were able to go hands-on with a demo of Gearbox’s soon-to-be-blockbuster and can tell you that it’s already shaping up to be one hell of a shooter — employing all the stylish flair and fast-paced action that made its predecessor so memorable while refining nearly every aspect of the first game’s winning formula.

As in the original, up to four players can jump into a game as one of four characters. Playable at PAX were Maya, a Siren much like Lilith from the first game, and Salvador the Gunzerker, who fills in as the hulking tank character this time around. Upon jumping back into Pandora, it’s immediately apparent that, while the fundamentals are in place, much has changed. When opening the skill tree to apply my leveled points, I found a much more streamlined system in place with all new, inventive ways to build your character. Likewise, the inventory menu makes it far easier than before to compare stats among your sizable arsenal. The visuals retain their unique look of cel-shading with heavy ink outlines but everything runs way more smoothly than ever before with a much greater level of detail present, especially in the weapons. Speaking of, the insane number of guns is back in a big way. Not only are there thousands of potential unique weapons present from a slew of new manufacturers, they can be further modified by using relics and new “e-tech” parts to upgrade or alter the firepower of a gun. 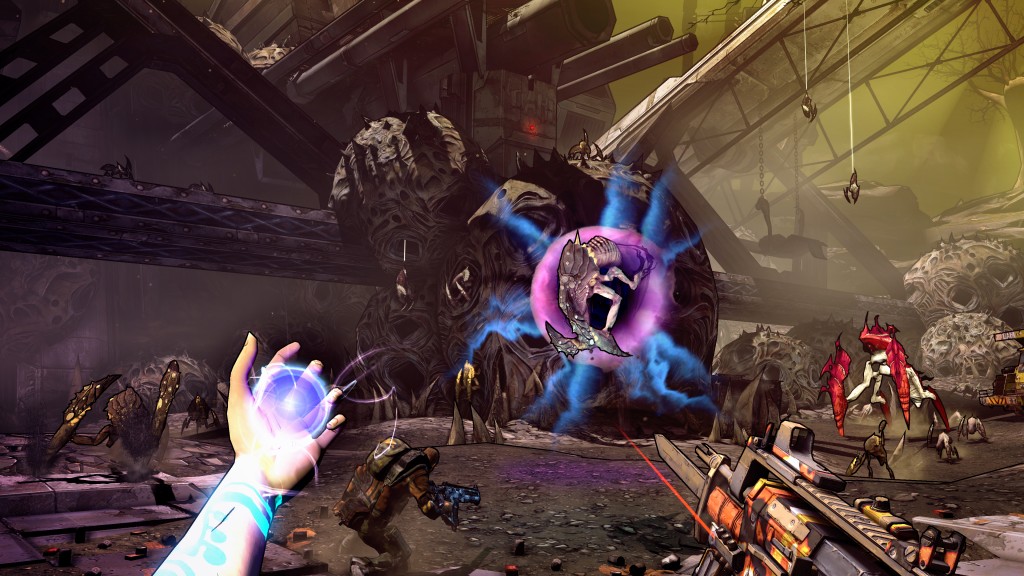 My time with the game took place in the Caustic Caverns location which already shows off more color and texture variation than what was commonly seen in the first Borderlands. Within seconds, the game ventured into familiar territory as dozens of insect-like enemies of various sizes surrounded me, practically begging to be slaughtered. Each bullet you sink into an enemy will still result in a tiny number next to the entry point advising you of the amount of damage that you’ve dealt to the enemy, color coded according to what type of effect is active on your weapon.

Enemy behavior is now a bit different as they will react to the player in a more realistic fashion. This is due to the developers rewriting the A.I. system from scratch and will certainly lead to more challenging firefights in the final product. Luckily, the new skills introduced are as fun to use as they are effective. The Siren character in this game sees the “Phasewalk” ability replaced with the awesome “Phaselock” skill, which encases your target in a sphere of dark energy, immobilizing them so you can inflict massive damage. The aptly named Gunzerker class has the ability to unleash monstrous firepower by dual wielding any two weapons at any time. Each class is varied and unique enough to give players incentive to explore the game with multiple characters. 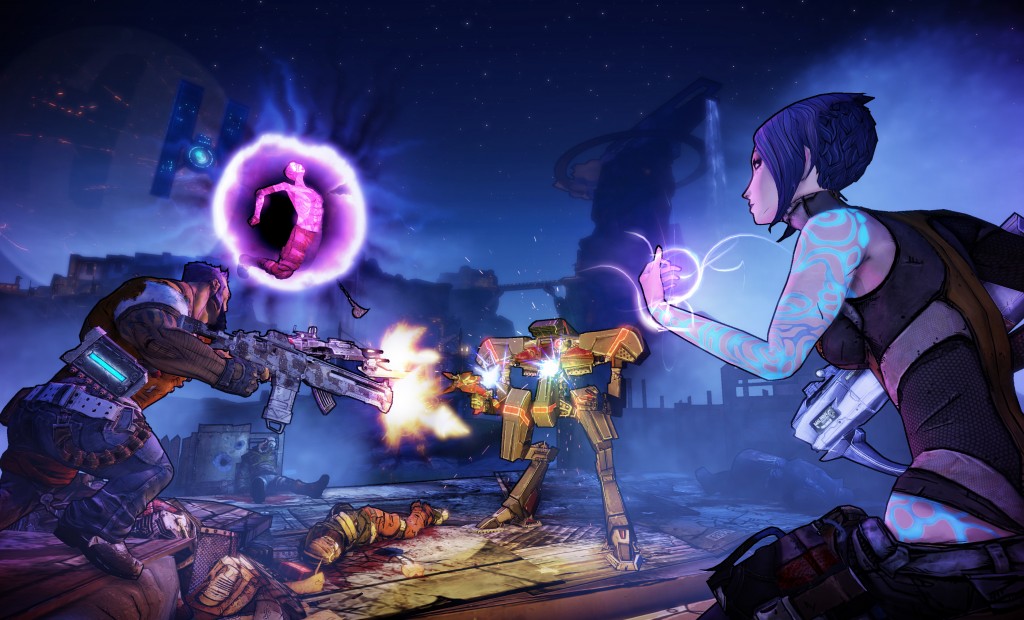 A few announcements that Gearbox & 2K rolled out during PAX were not yet present in the demo build. One was the inclusion of an all-new 4-person vehicle that allows all players to travel at once and even allows all passengers to fire their weapons freely. Another feature we have yet to see is the more in-depth character customization system, which I’m really looking forward to exploring with while trying out the two remaining classes that were not playable this time around. Finally, Gearbox has stated that this title will be much more story-oriented than the first game — while there were no obvious story elements in the demo, we’re really looking forward to the narrative that Borderlands 2 will offer. 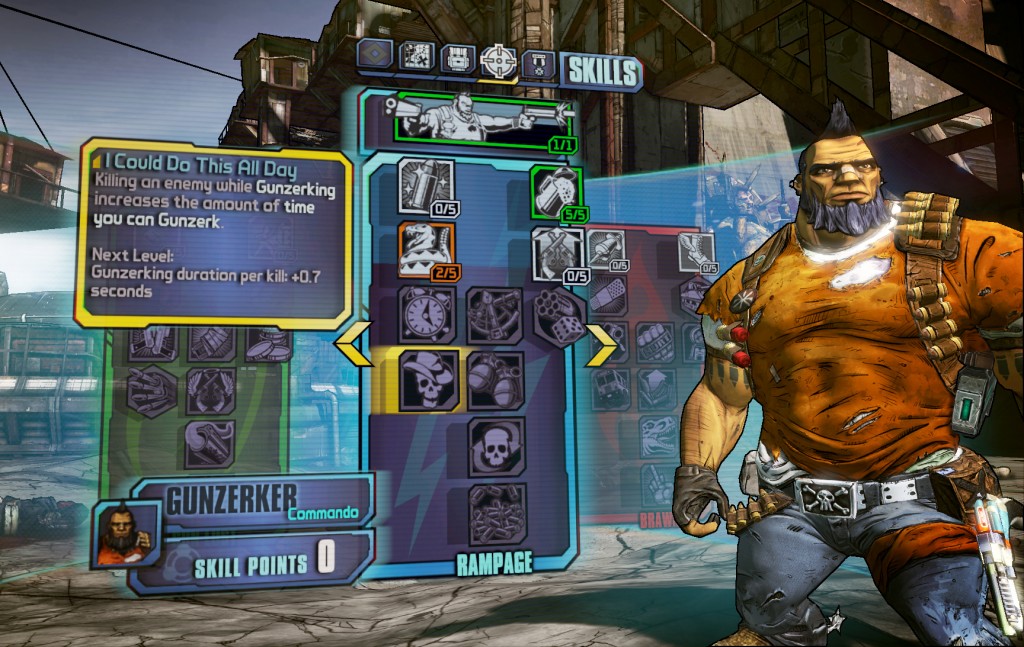 Newcomers and existing fans of Borderlands alike will likely find this sequel to be one of this year’s must-have titles when it launches in September for Xbox 360, Playstation 3, and PC. The standard edition is available for pre-order now and a $149.99 collector’s edition was just announced as well (containing a bobble-head and several yet-to-be-revealed goodies) and should be up for pre-order soon. Anyone with friends and Internet access would be doing themselves a disservice to miss out on this one.