The Penguin’s Bodyguard is Ready for Action 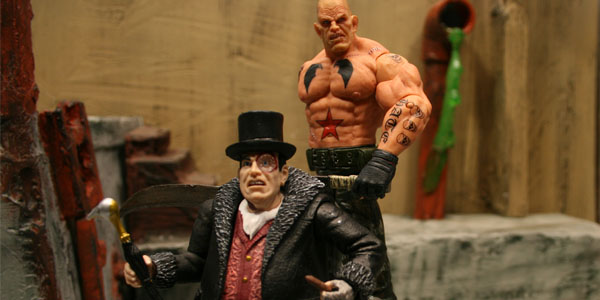 DC Collectibles brings back the Penguin and his muscle, Sickle, to the Arkham City line.

One of the difficulties about getting into a line once it has been around a few years is getting older figures. DC Collectibles has found a way to make it easier for fans to jump on to the some to their lines with multi-packs. The Arkham line has a few to get you started, the first was an update on Batman and Bane and now Penguin and his muscle Sickle. 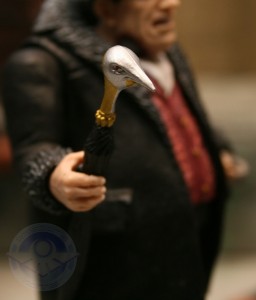 The arms dealer with a cough is a figure that is a must have for any Batman fans, one of his oldest and most recognizable villains. This version from the Arkham world is not as polished as the cartoon or comics, he is beat up and has some gruesome details. His trademark monocle is embedded in his face with some scaring around the eye socket, and he appears to have a voice box, no doubt from his years smoking. The figure itself is limited in articulation, having none from the waist down, though what he lacks in movement he makes up for in accessories.

He comes with everything the single carded version had in series two; a top hat, umbrella with bird head handle, and cigar. The top hat is made from a softer plastic but has a molded interior making it possible to cling to the the figure’s head nice and snug. the Umbrella has a good deal of painting and detail work for such a small accessory, when compared to other versions of Penguin Umbrellas. Finally the smallest and most likely to be lost accessory is his cigar. It can not be place in the figure mouth, but can be held in the left hand. There are two tiny holes in the cigar, which are used to attach it to the left hand that have two small bumps. These bumps stabilize the cigar in the hand, but the little accessory has almost been lost 4 times in the short time i have had the figure, so i recommend storing it a safe place before it is lost.

The second figure in the set is Sickle, the Penguin’s muscle and brother to the Hammer. The figure matches the look from the game perfectly, right down to the snarl and amputation scar. The figure is impressively big for the price point of the set. Usually larger figures come with a higher price tag, but when you take into account the Penguin and accessories, it is a good deal. The figure has a good paint deco, with detailed small tattoos and scars. The weapon of choice for this bruiser is his long sickle, with taped handle. The blade is thin, but did not see and warpage in package.

Overall this is a great set for Arkham fans who are new to the line, or looking to update their old versions. Check out this set and others at our sponsor Mike’s Comics-N-Stuff. 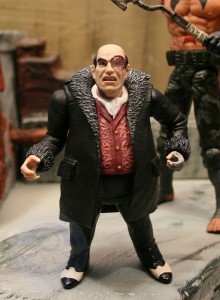 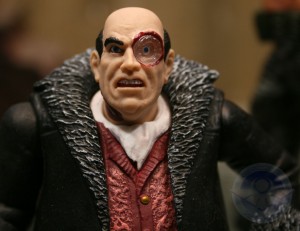 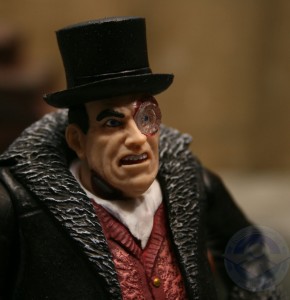 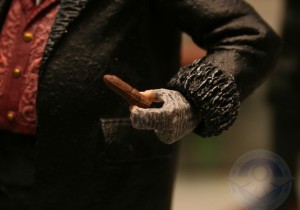 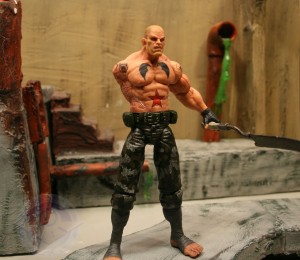 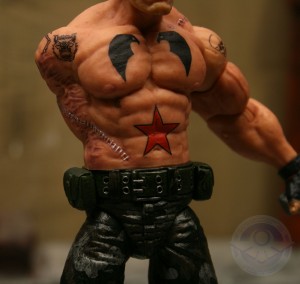 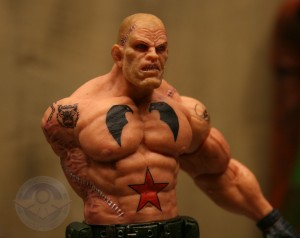 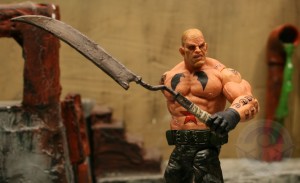 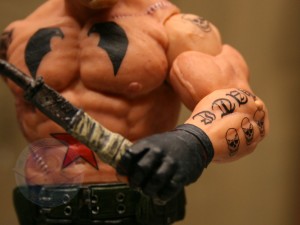 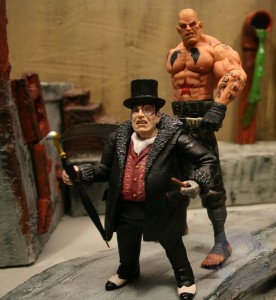