Perceptor Is The Newest Headmaster 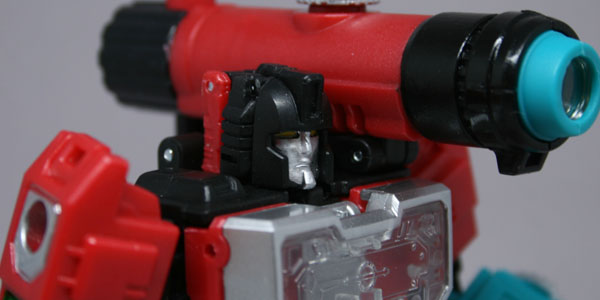 For the past few years Hasbro has been going back to some of the early Generations/Classics figures, and Perceptor is the newest Autobot to get an update.

There are times when you don’t know you need something until you get it, and Perceptor is the perfect example. As a kid he is one of the early Transformers I never got, but I did get a chance to check him out because my cousin had him. Looking back I did not any real attachment to the character, and an update him was not top on my list of figures to hunt down.  When the Reveal the Shield figure was released it checked all the boxes for me; an updated design, some elements from the original character, and in scale with the other figures.  Was he the best update to the character? No, but he helped fill out the classic G1 line up, and that was good enough for me. He was thrown into the bin with all the other figures and forgotten about. Fast forward to Toy Fair 2017, and once again I was heard in the front row saying, God Damn it I thought I was done! Perceptor was yet another updated figure I had to get. Now this is an old story, boy buys toy, boy likes toy, boy sees new model, boy hates toy and needs new toy. From Spider-man to Ewoks it has been happing for me for over 30 years, and Perceptor happens to be the newest toy. 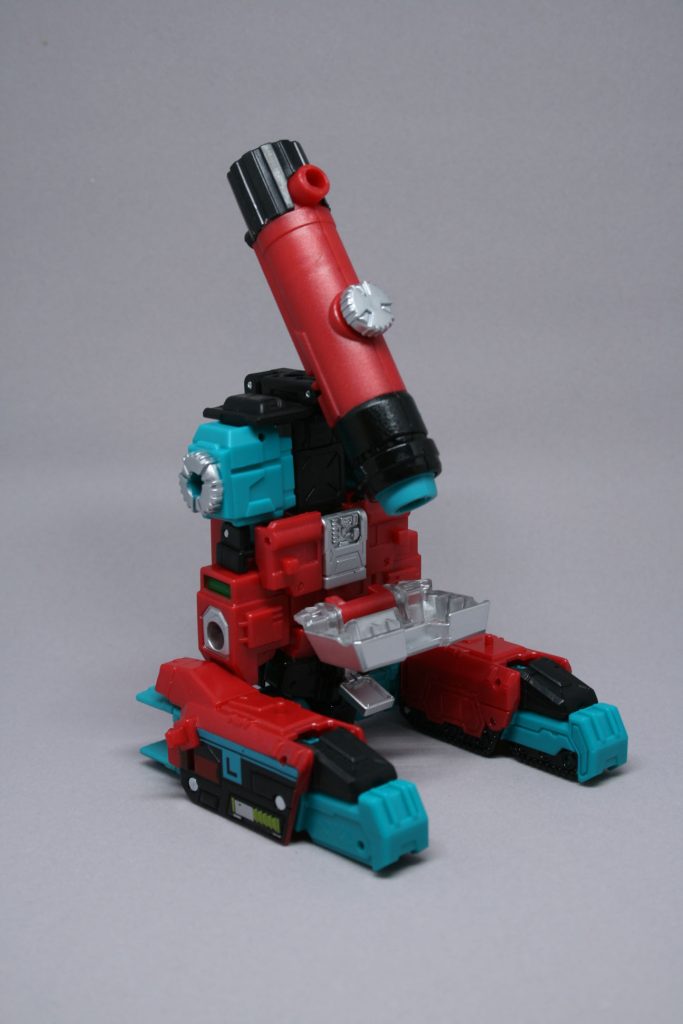 This version embodies the original design of the character from the cartoon, and does not shy away from that blocky 80’s look. One of the thing that has been part of this line line since 2006 has been the updating of the alt mode, while trying to keep the bot mode as close the to old look as possible. It does not always work out, usually the head sculpt comes out great but the rest of the body is lacking. The original 80’s toys were so stripped down that it took a lot of imagination to make believe the bots were the same as the cartoon, making this line great for collectors who wanted more real looking bots. There was a price, while the bots were great the vehicle modes were lacking. Perceptor is the exception to the rule with a great bot mode and perfect alt mode. 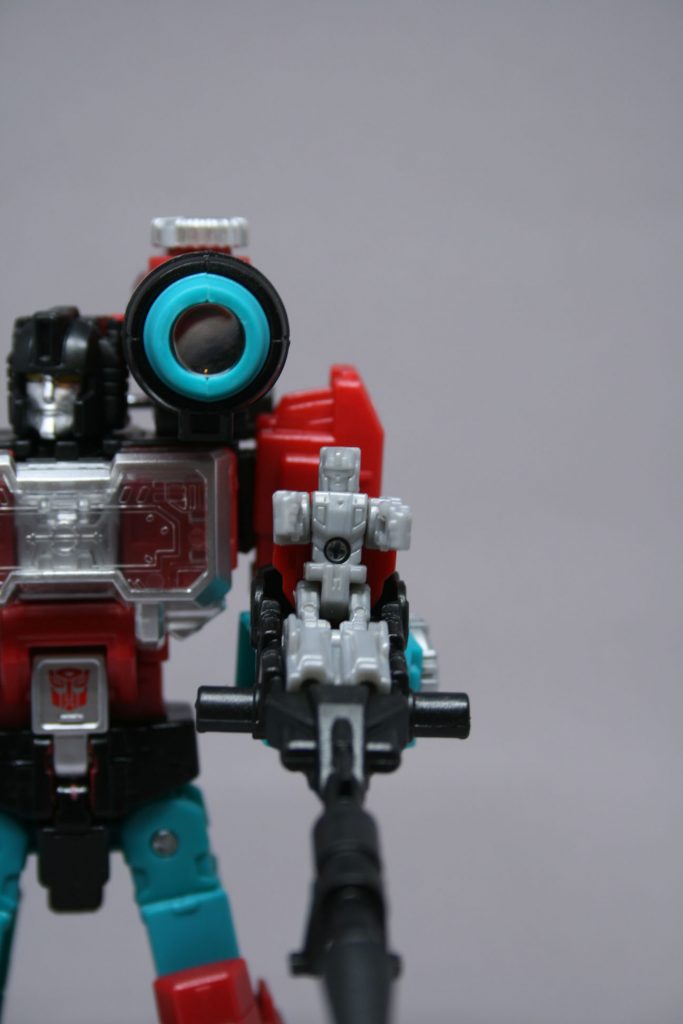 The bot mode might be one of the most accurate translation of a character in the entire line. The colors are deep and pop, making him a figure that stands out. He is also about the same size as the Reveal the Shield figure, which when you stand them next to each other you see just how good this line can be when they don’t try to over complicate the design. The other place this figure shines is the alt-modes, both are easy to do, and also look like the old G1 Cartoon. 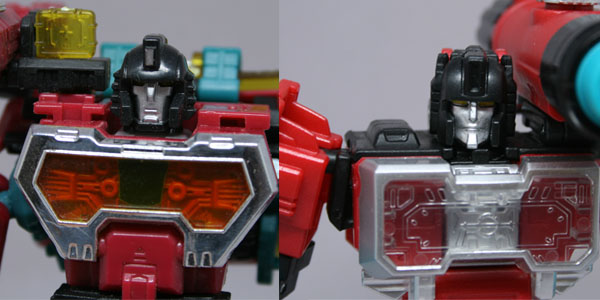 These are just starting to hit stores, so don’t worry about missing him just yet. They are sure to be flooding the action figure aisle for the whole summer. 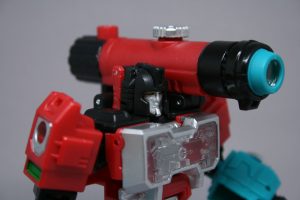 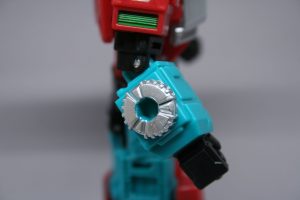 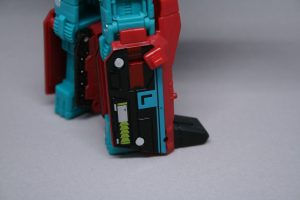 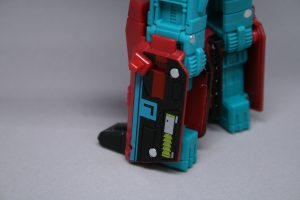 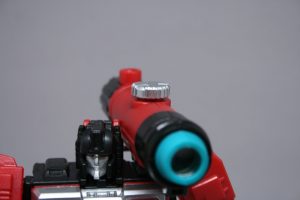 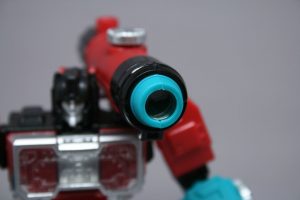 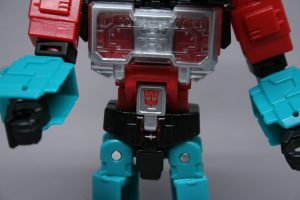 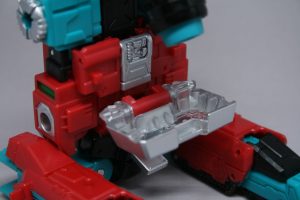 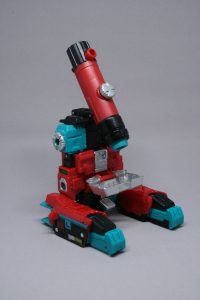 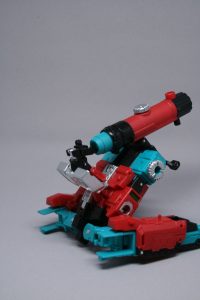 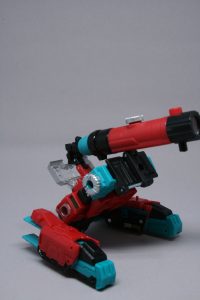 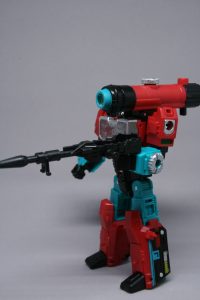 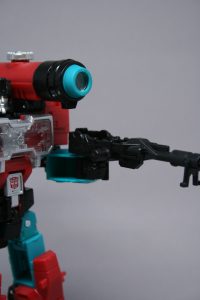 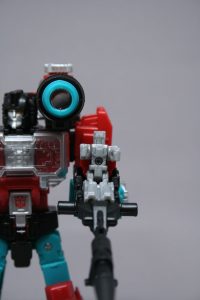 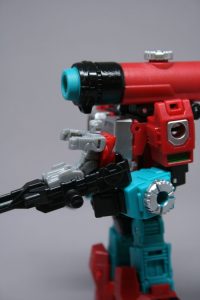 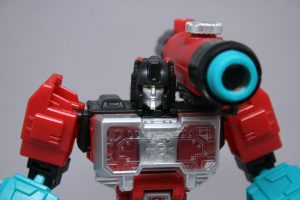 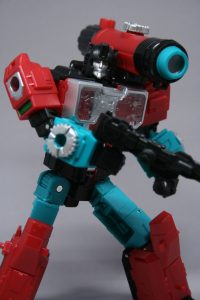 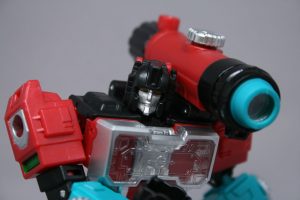