Persona 4 Arena is an Excellent Addition to the Franchise 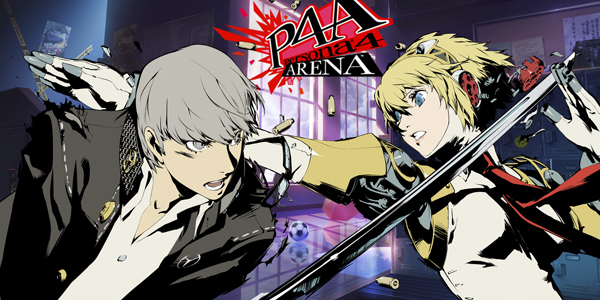 Shin Megami Tensei: Persona, a JRPG series developed by Atlus, has become somewhat of genre staple over the years since the release of the first title in 1996.  Many fans were understandably skeptical when it was announced that the first new Persona title in nearly 4 years wouldn’t be a role-playing game at all, but rather an anime-styled fighter.  Luckily, Arc System Works has put any doubt to rest with the new Persona 4 Arena, which is not only a faithful addendum to Persona 4 and solid addition to the story’s narrative, it’s also one of the best fighting games available on home consoles.

Arc System Works, who also developed the excellent BlazBlue series, have really outdone themselves with this one, handling the franchise in a way that will satisfy long-standing fans while appealing to gamers who have never picked up a Persona RPG.  Wacky as the story basics may be, the game gets you up to speed fairly quickly just through the intro cutscenes – a group of teenage high-school students possess the unique ability to summon monstrous inner beings called Personas.  They are inexplicably pulled into an alternate dimension inside of their television set and forced to fight one another in the Grand P-1 Tournament.  It’s silly, sure, but its plot is actually more coherent than most fighting games on the market.

Upon hitting the stylish menu options, you can opt to takes “lessons” in the game’s helpful tutorial mode, play some local or online versus battles, take on difficult character-based challenges, train against a practice dummy, jump into the fast-playing arcade mode, or experience each fighter’s story.  The story mode essentially follows each character’s reasons for being in the tournament and features a staggering amount of dialogue between bouts.  Kudos to the developer for going as in-depth as they did, but the narrative sequences fall a bit flat as they are primarily complimented by static backdrops and voiceovers with very little animation to break up the monotony. 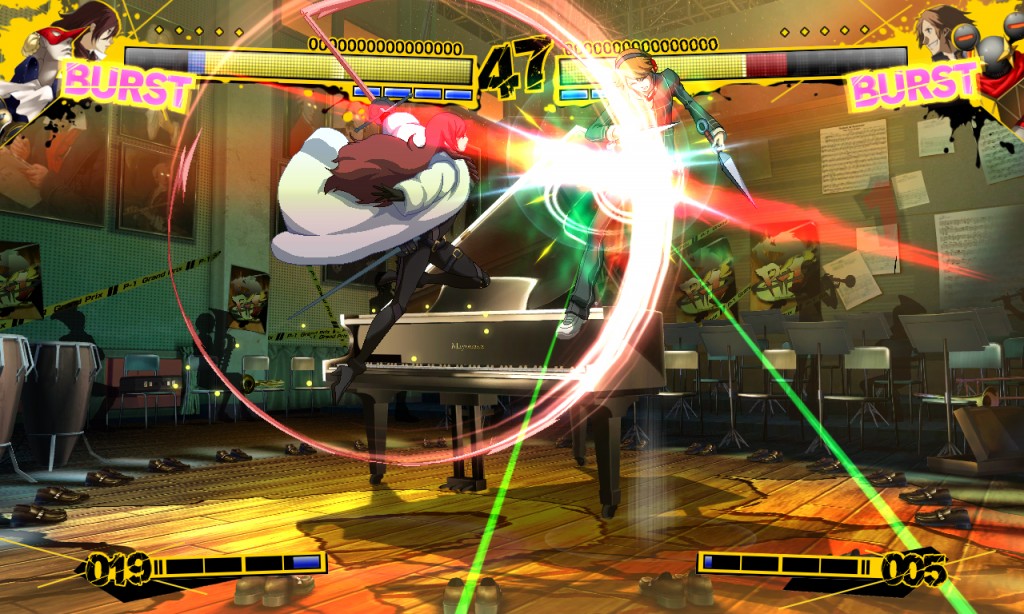 Once you’re actually battling it out though, the game looks and performs admirably.  Arc System Works brings the anime-inspired cast to life with beautifully hand drawn 2D sprites that really stand out against the 3D backgrounds.  Don’t expect to see any same-y looking characters here either – each one has a unique, charming aesthetic and the package, as a whole, is better for it.  The bright color palette almost explodes off the screen and the dizzying special effects are a sight to behold.  Not only that, but everything performs incredibly smoothly, even when things are at their most chaotic, performing even more fluidly than the near-perfect BlazBlue: Calamity Trigger.  The environments, which mostly follow the high-school theme, are elegantly rendered and decidedly less busy and alive than the recent Street Fighter IV or King of Fighter XIII. With the relentless action happening on-screen though, you’ll barely have a chance to notice the subtle detail that they did add to make each stage something special.  I also feel it’s worth noting that, in a genre rife with scantily clad, large breasted female characters, this title is refreshingly devoid of any fan service fodder.  In fact, the women in Persona 4 Arena (who outnumber the men) are adorned in everything from knight’s armor to tailored suits to fur coats and show collectively less skin than their male counterparts. 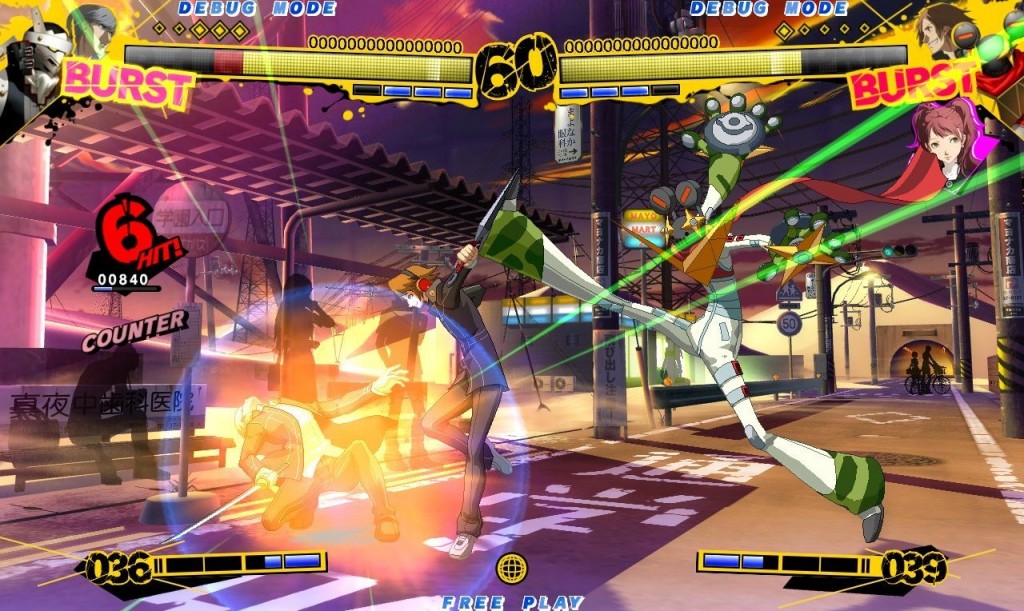 Anyway, let’s get down to what matters most in a title like this: the gameplay.  P4 Arena’s mechanics rely heavily on features the developer regularly utilizes in their titles with instant blocks, air dashes, double/super jumps, and bursts all playing key roles in the combat system.  While all fighters share these same core functions, Arc Systems gives the game a creative twist by allowing each character to access their own Persona in battle.  Just as each Persona looks unique, each character summons and uses them differently and in a variety of ways.  Once your Persona is deployed on screen however, they can be attacked just as you can and, if they sustain too much damage before you can call them back, a “Persona Break” will occur leaving you to fend for yourself without their aid.  This adds a layer of strategy in determining how and when to unleash your powers. 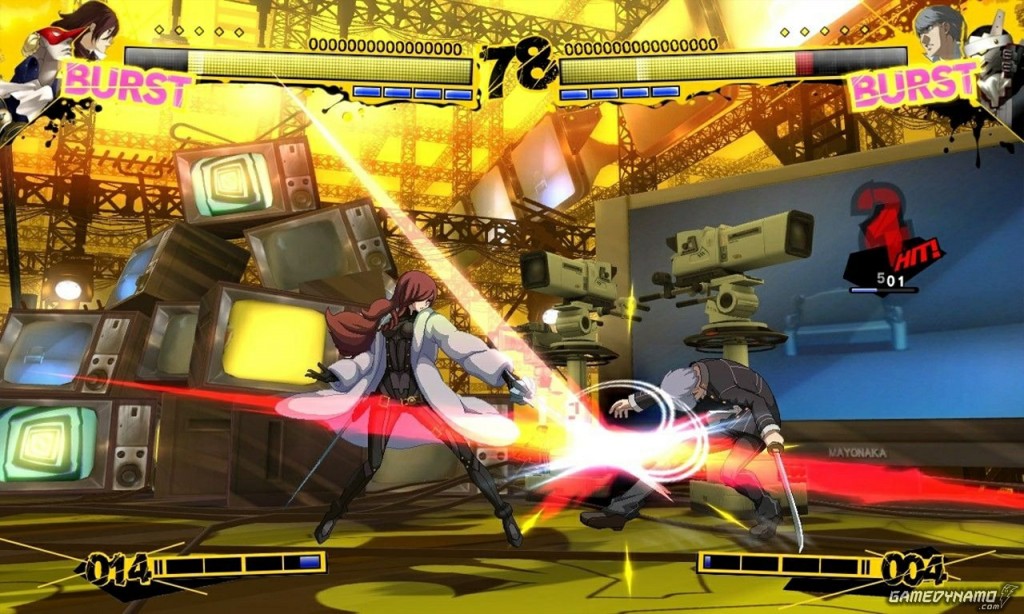 Each action you perform and every hit you take fills a gauge on the bottom of the screen, which can be used in 25 or 50-percent increments to fuel extremely powerful attacks – nothing new there but, upon losing about three quarters of your health bar, your character “awakens” instantly extending and filling this gauge and allowing for some game-changing super attacks.  If you can force your opponent into this state, and assuming you have at least 50% of your gauge filled, you can also pull off an “instant kill,” one of the flashiest parts of the game, in which a full scene plays out as you end the fight with a signature move.  Add in series-themed “all-out attacks” and unblockable “furious attacks” and you have a fighting game on your hands that offers as much variety as it does chaos.  Although this can sound daunting to a newcomer, Arc System Works made sure the game was just as accessible to newbies as it is to seasoned vets.  They kept the button layout simple with two standard attack buttons (weak and strong) and two buttons assigned to your Persona’s attacks.  The game also offers very simple “auto-combos” that each character can use in the identical fashion – by repeatedly tapping the weak attack button, your fighter will launch into a flashy string of impressive attacks.  It may sound like it gives button-mashing noobs an edge but, honestly, the auto-combos are not very damaging and game does a great job of balancing. 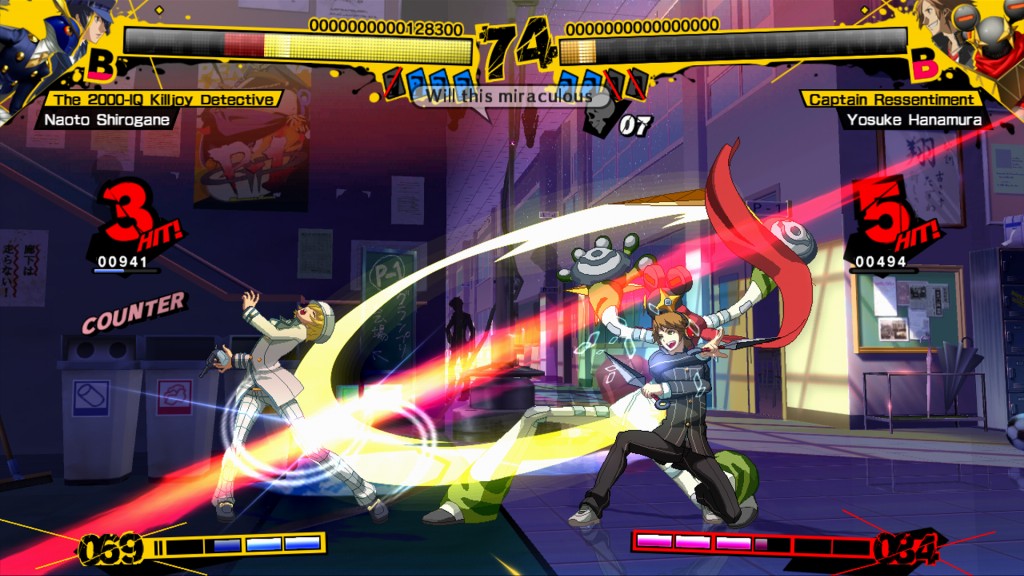 One great new implementation to help keep the matches interesting is the addition of status ailments, some of which punish you for playing inconsistently.  For instance, if a player backsteps and avoids confrontation for too long, the game will smack them down with decreased defenses until they can land a hit.  It can certainly make for some interesting network matches.  Speaking of, the net code for the game is great – even bouts with overseas opponents with a lousy ping synched up nicely with barely any lag.  Matches were easy to find and organized well, suitably displaying other players’ rankings and connection quality.

Overall, Persona 4 Arena is the perfect mix of deep, complex mechanics and accessible, fun gameplay with interesting quirks around every corner and loads of content – a game that will appeal universally to fighter fans at any skill level.  Auto-combos and hand-holding tutorials will ease newcomers into the system so, even if you’ve never played a title like this before, you can still hop in and have a blast after a bit of practice.  With its breathtaking visual design and presentation, tight combat, and top-notch score & voice-acting work, this is sure to be a contender for fighting game of the year.  It’s available now for Xbox 360 & Playstation 3 with add-on DLC already up on the marketplace for purchase. 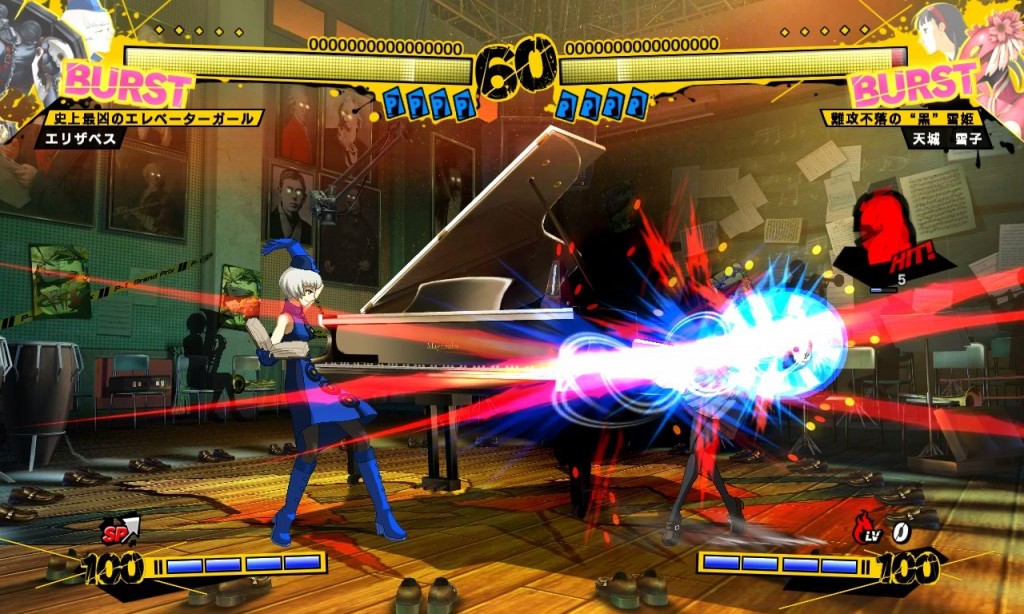 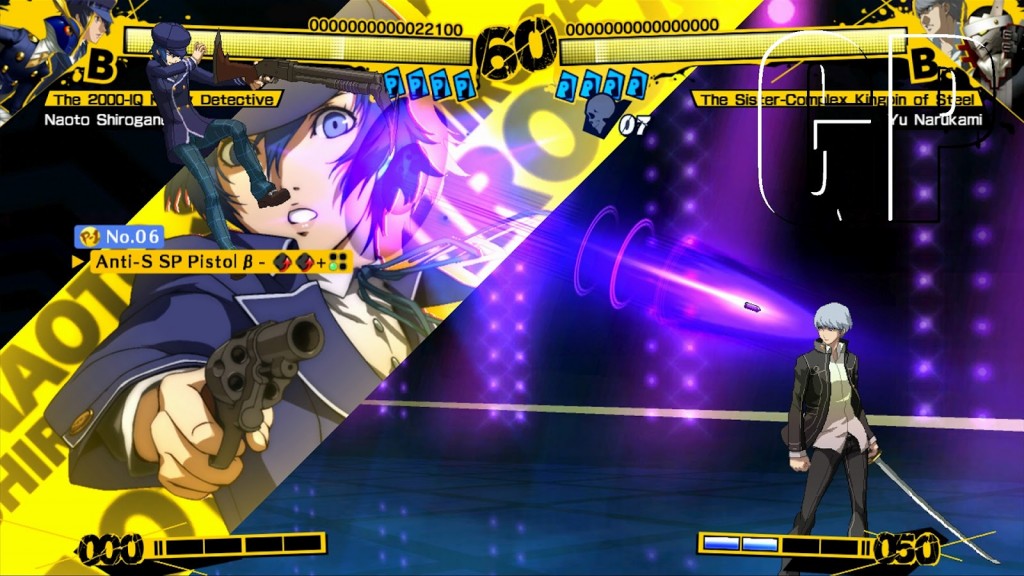