Phantom Stranger Haunts The Dark Corners Of The DC Universe 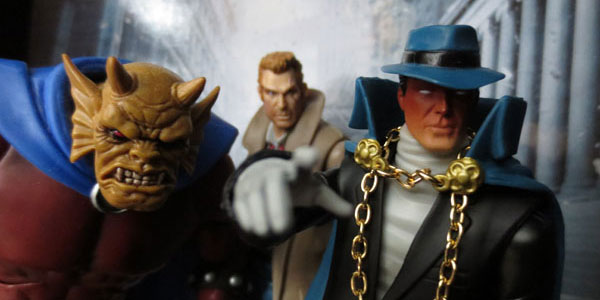 Phantom Stranger helps bulk up the occult corner of the DC Universe.

The February figure in Mattel’s Club Infinite Earths series is the mystical hero Phantom Stranger, the latest addition to the supernatural sect of DC heroes that’s taking shape quite nicely– The Stranger fits in seamlessly amidst the likes of Swamp Thing, Constantine, Etrigan and Zatanna. 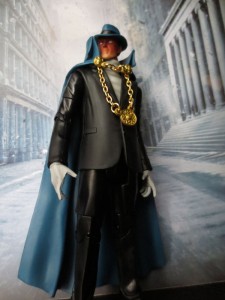 This is as especially nice surprise, considering Phantom Stranger predates virtually all of those figures, technically.  Stranger was one of several DC figures crafted by the Four Horsemen earlier in the line’s history, but each time he was assigned to a series he got bumped, meaning the homeless hero was stuck in limbo until now.  We saw the same thing happen with 2012’s Elasti-Girl, and there’s a few more sculpts waiting in the wings (Atomic Skull comes to mind) that I’m hoping Mattel decides to finally release through the Matty Collector series.

Phantom Stranger is a strong figure, and his design is so good I’m curious if he’s been tweaked since the original Horsemen sculpt… the suited body is fairly standard (we’ve seen it quite a few times already in the Infinite Earths line), but the new turtleneck shirt underneath, along with the new cape and amulet with chain definitely serve to make this figure look unique.  Like many DC figures, the Stranger’s white gloves and shirt are actually a pale grey color, but I think the off-white works quite nicely for this shadowy hero. 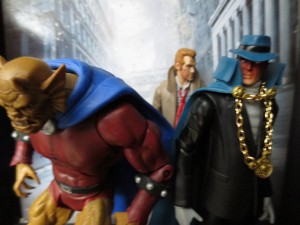 The typical look for this occult hero is a face mostly shadowed by his ever-present fedora, with only glowing white eyes visible.  I really respect that Mattel tried to replicate this effect on the figure– the top half of his face is painted a gradient red-brown, which fades into typical Caucasian flesh tone on his lower face.  The effect looks pretty good, although I think it would have been a better effect with a grey-brown mix, as under direct light the shading looks more like a sunburn (or that the Stranger ran out of George Hamilton spray tan halfway down his face).

I’m a big fan of the strange, trippy occult DC Universe, and I’m very happy that Mattel is rounding out this pre-Vertigo category with very nice figures based on the most iconic heroes of the genre.  Phantom Stranger is no exception, as he looks great with his fellow mystical warriors, and I’m very happy to see Mattel finally find a home for Stranger’s long-overdue toy debut. 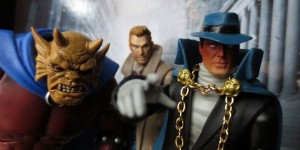 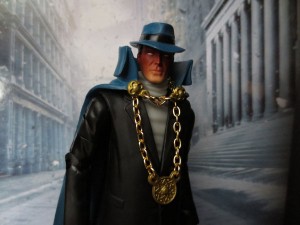 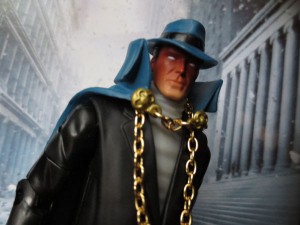 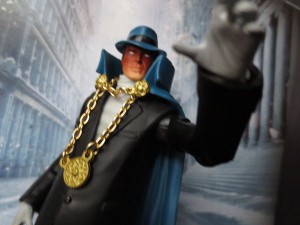 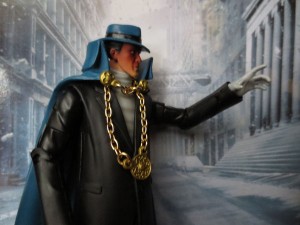 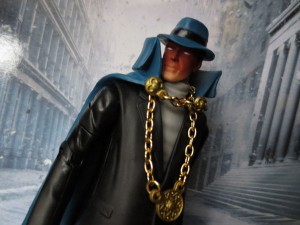 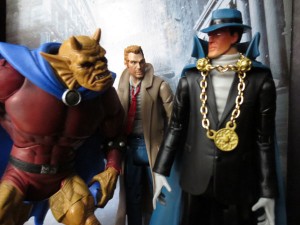 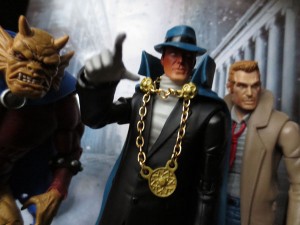 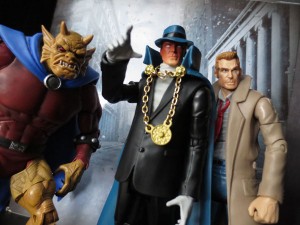