Come Out and Play with the All-Ages ‘Clarence’ Limited Series!

KaBOOM!, an award-winning imprint of publisher BOOM! Studios, and Cartoon Network Enterprises, the licensing and merchandising arm of the network, are pleased to announce the June debut of Clarence, a new comic based on Cartoon Network’s hit animated series.

The series joins KaBOOM!’s lineup of successful all-ages comics and graphic novels based on Cartoon Network animated shows, including Adventure Time, Regular Show, Steven Universe, Amazing World of Gumball, Uncle Grandpa, and Over The Garden Wall. Writer Liz Prince (Tomboy) teams up with artist Evan Palmer (Munchkin) for the heartfelt adventures of Clarence, an optimistic fourth-grader who’s always on the search for fun with his best friends Jeff and Sumo. Life might throw a bully or a grumpy adult in his path, but Clarence puts a stop to that with kindness and treating everyone like a friend.

“Clarence is an honest, hilarious, heartfelt show that reflects the best of childhood, and we’re thrilled to bring these characters to comics for the first time,” said BOOM! Studios Editor-in-Chief Matt Gagnon. “Clarence’s optimism is infectious, and it’s carrying over into the comic book series. Check out what the incredibly talented Liz and Evan have planned for him and his friends!”

Clarence #1 arrives in comic shops on June 10th with a main cover by JJ Harrison (Ninja Boy Goes to School) for the price of $3.99 under Diamond order code APR151236. Also available in a limited quantity is a Jackpot variant cover (1 in 100 intermix) by Scott Maynard (Happle Tea), a subscription cover by series writer Liz Prince (Tomboy), a 10 Years incentive cover by Roger Langridge (Abigail and the Snowman), and a retailer incentive cover by Kassandra Heller (Adventure Time). 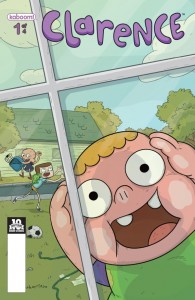 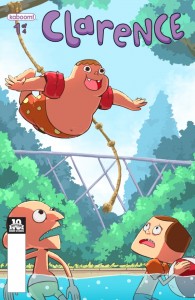 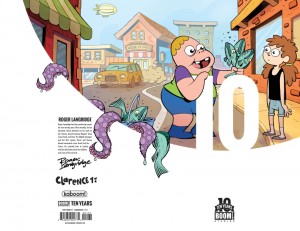 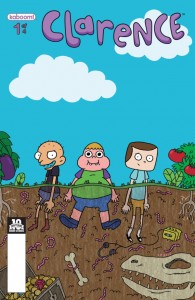 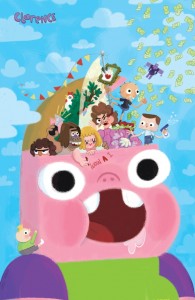 The Final Order Cutoff deadline for retailers is May 18th. Not sure where to find your nearest comic retailer? Use comicshoplocator.com or findacomicshop.com to find one! It’s also available for order directly from boom-studios.com.