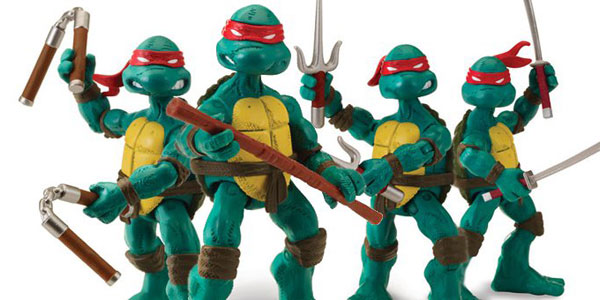 The full color editions of the original Eastman and Laird inspired Turtles figures are on their way to a store near you!

The classic Mirage Comics Teenage Mutant Ninja Turtles will always have a special place in my heart.  Not to brag, but I was OG TMNT– I was reading (and not entirely understanding) those black and white comic books I probably wasn’t supposed to be reading before the Turtles really hit it big.  And years later, those books still hold up, if only as one big “eff you” aimed at angry, shitty old Frank Miller.

But Playmates Toys and Mirage’s TMNT have always been mutually exclusive… to the point that they kind of sabotaged NECA’s wonderful attempt to realize the original comic universe in plastic ten years ago.  With that heart-breakingly short lived line all too fresh in my memory, I was hesitant to pick up the black and white, Mirage styled Raphael Playmates brought to San Diego Comic Con this year… But after I had him in hand, I realized Playmates did a pretty solid job with him.

And that SDCC Raph really, really made me want the other brothers in the same style.

I figured I’d have to wait months to find out what potential plans Playmates had for their old school TMNT figures, but this week they revealed a nice surprise– all four Mirage Turtles will be shipping in the next assortment of TMNT basic figures, alongside Nickelodeon based characters like Tiger Claw and the Robotic Foot Soldier! 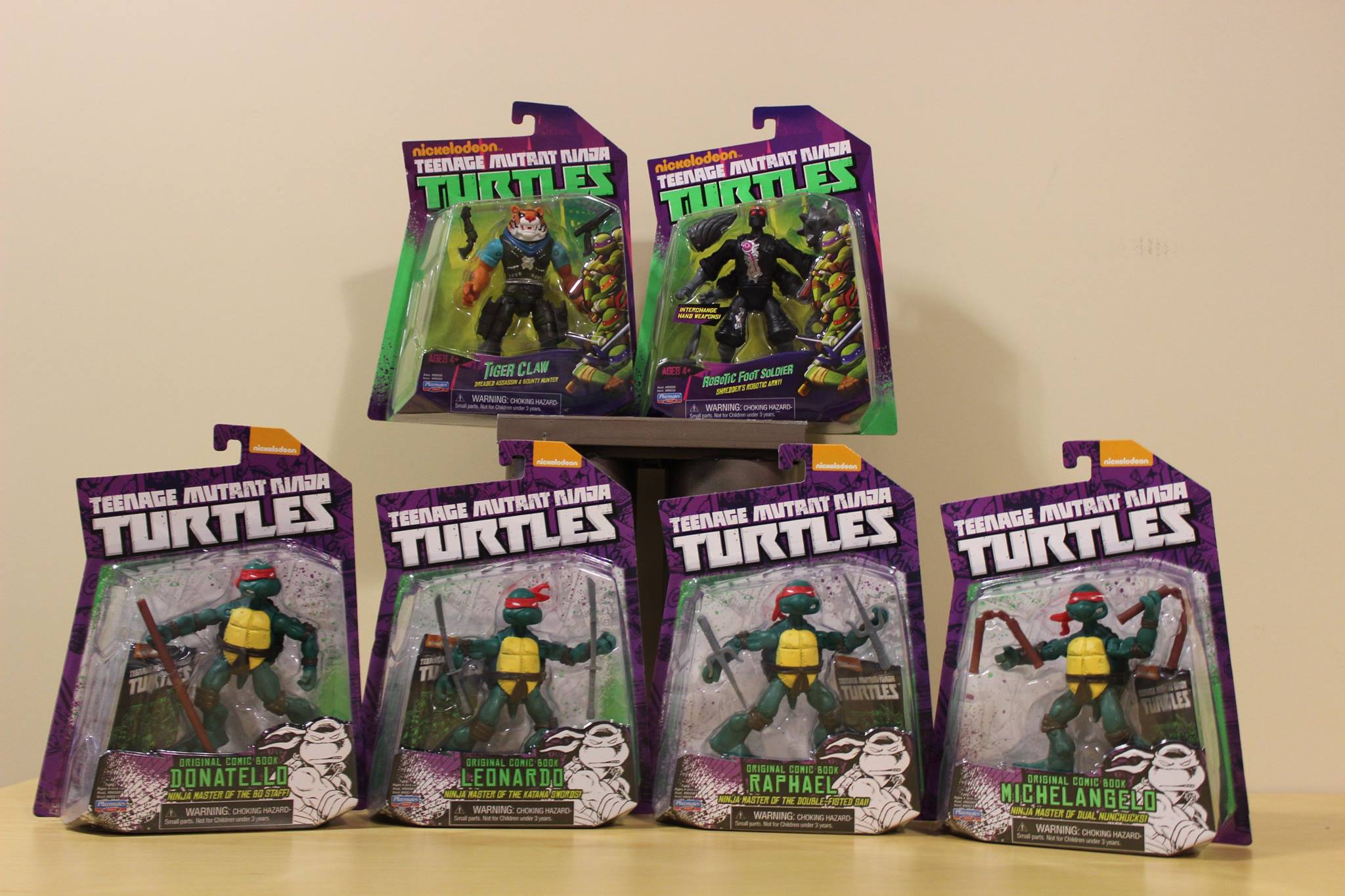 This means not only do we get the four Mirage figures, but they’ll be available at mass retail, for the standard price of about nine buck each… which is awesome!  I honestly felt okay spending nearly three times that on the SDCC Raph, so trust me when I say less than ten bucks for this all-new comic inspired sculpt is a steal.

Granted, the design isn’t as hyper articulated nor as painstakingly accurate to the page as the NECA/ Four Horsemen joint of the past, but they’re most definitely good enough to finally heal that wound.  I’m a proud owner of NECA’s brothers, but even still I couldn’t be more excited to get my hands on the Playmates versions, too.

Here’s Playmates’ writeup on their first ever Mirage TMNT figures, along with some photos of each one:

In 1984, Peter Laird and Kevin Eastman created and published a 40-page black and white comic, and the Teenage Mutant Ninja Turtles were born. The comic was dark and edgy, and the look of the Turtles reflected that style.

In the color version of the comics, all of the Turtles were the same shade of green and all of their bandanas were red. Only their signature weapons helped to visually differentiate each brother. 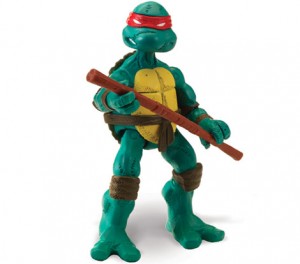 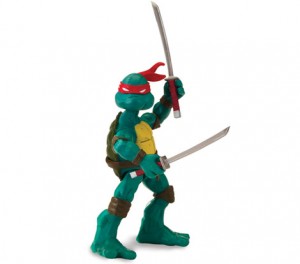 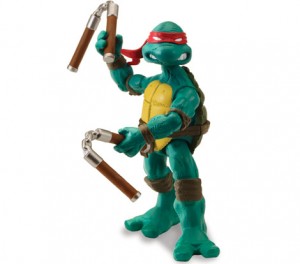 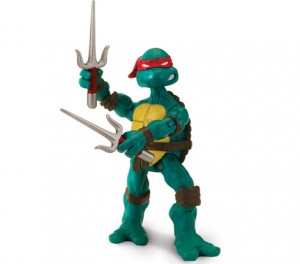