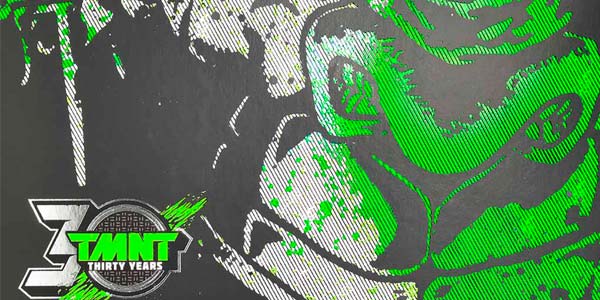 Playmates offers a better look at their Black & White TMNT Raphael figure… and a first look at the SDCC exclusive box art!

Last week, Nickelodeon announced that they would be selling a Playmates TMNT Raphael figure at their Comic Con booth.  The figure is based on the classic Mirage Comics look of the mutant hero, right down to his black and white paint deco.  The result is similar to the long out of production NECA Turtles, and this Raph looks pretty damn cool!

Now, Playmates has offered up some additional shots of not only this Raphael but his very cool packaging, a three color box which spotlights the Eastman and Laird original source material.  I kind of love the art direction here, and if I’m lucky enough to get my hands on one of these figures, that box is most definitely a keeper.

The other good news?  It looks like Raphael will be fully poseable!  That shouldn’t come as a huge surprise, but the first TMNT Comic Con figure, 2012’s Night Shadow Leonardo, had all his joints glued in place, making his only action feature instant buyers remorse.

As for Raph, he looks fantastic, and my only hope is that Playmates extends this sub-line… I’d love to see all four of the brothers, the Shredder, the Foot and the rest of the cast of characters done in this cool, monochromatic style.  With luck we’ll know more soon… but for now, Raphael seems like a great first figure in what could be an awesome new series! 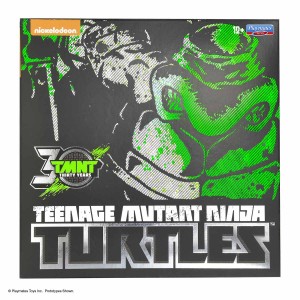 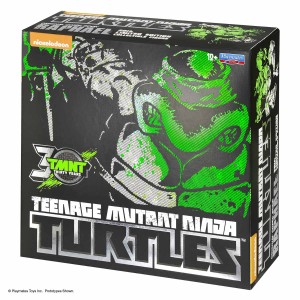 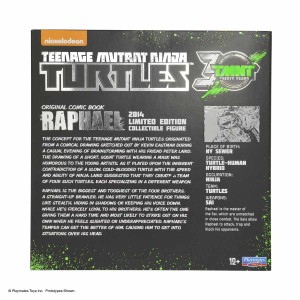 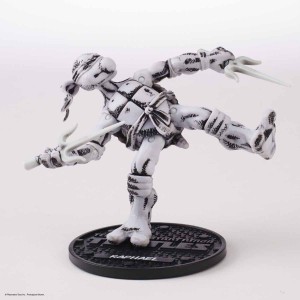 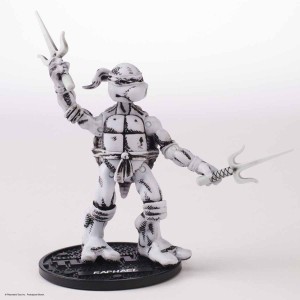