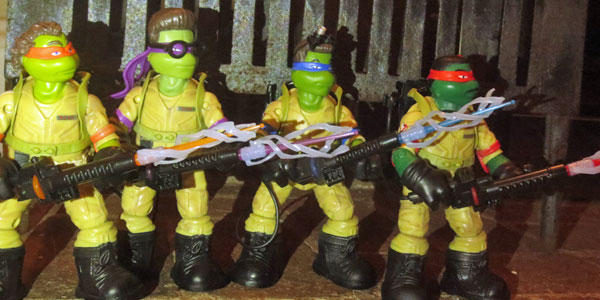 These Turtles ain’t afraid of no ghosts.

Back in their heyday in the mid-90s, Playmates’ Teenage Mutant Ninja Turtles took many interesting forms, be it Universal Monsters or Star Trek characters. Playmates has been experimenting with more mash-up concepts in their modern toy line, and the most recent crosses streams between two iconic 80s properties… meet the Ninja Ghostbusters.

The idea here is both simple and charmingly bizarre. The four Turtles each become one of the four Ghostbusters from the classic movie– Don is Spengler, Leo is Stanz, Raph is Zeddmore, and Mikey is Venkman– and each is decked out with a tan jumpsuit, Proton Pack, Ghost Trap, and PKE Meter.  But where these figures get fun is in their face sculpts. Rather than just feature a Turtle cosplaying as their respective Ghostbuster, these all new portraits borrow features and expressions from the film’s actors and mix them with the amphibious ninjas’ own faces. 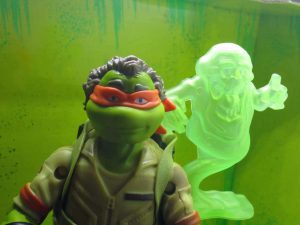 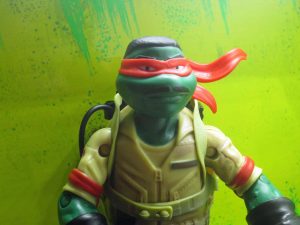 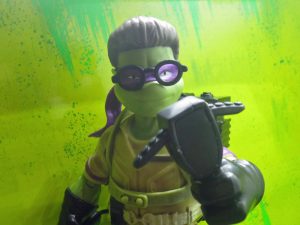 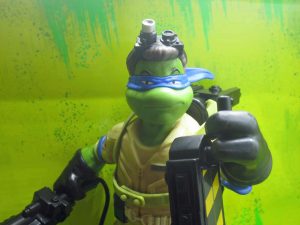 At first, it seemed kind of creepy, but having the figures in hand, these sculpts really shine. There’s enough to make each Turtles’ ghost hunting counterpart identifiable, from Venkman’s unkempt hair, to Spengler’s glasses, to Zeddmore’s mustache, but it’s the expressions that really convey the character. In that respect, the pursed lips of Leo’s Stantz and lackadaisical smirk of Mikey’s Venkman become the best likenesses, hands down. I can’t think of a more elegant way to put it than– were they mutated into half-turtle monsters, this is pretty much what Dan Aykroyd and Bill Murray would probably look like.

The Ninja Ghostbusters share the larger, 6″ scale seen in the TMNT Classics and WWE crossover figures. The larger size allows for extra paint detail, and Playmates takes advantage, especially with the really nice shading on their jumpsuits, which adds realism and accentuates the solid sculpts.  If you’ve collected any of the modern TMNT toy line, the articulation here is about what you’d expect, with ball jointed necks, hinged swivel shoulders, elbows, hips, and knees, and swivel wrists. It’s not super articulation, per se, but it’s enough to get each Buster into a few good poses… most importantly using their Proton Guns. 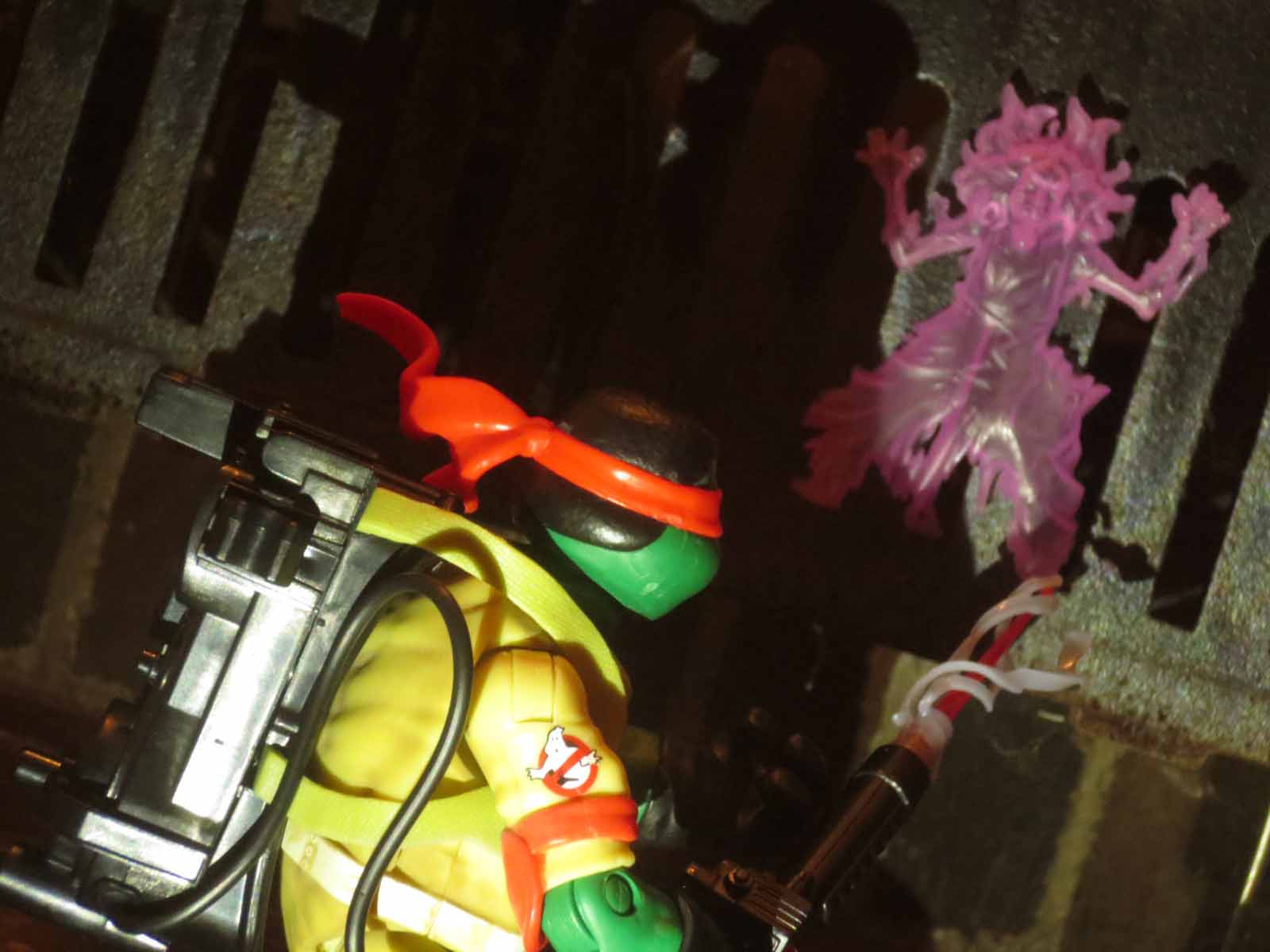 Speaking of, the guns are well designed, close enough to their on screen appearance to be instantly recognizable, yet with a cartoony bulkiness that makes them fit perfectly with the TMNT style. The weapons are a throwback in and of themselves, as they bring back the classic Kenner action feature– a dial is built into the side of the gun which, when spun, causes the Proton beam (color coded by each Turtle’s bandana, naturally) to spin as though it were active.

The guns are connected to well sculpted Proton Packs, which attach to the figure via a remarkably sturdy rubber harness.  I was surprised how well the slight curve to the inside of the packs allowed for the Turtles’ shells to not get in the way, and the final result is a good design which lets the figures look good with or without their backpacks in place. 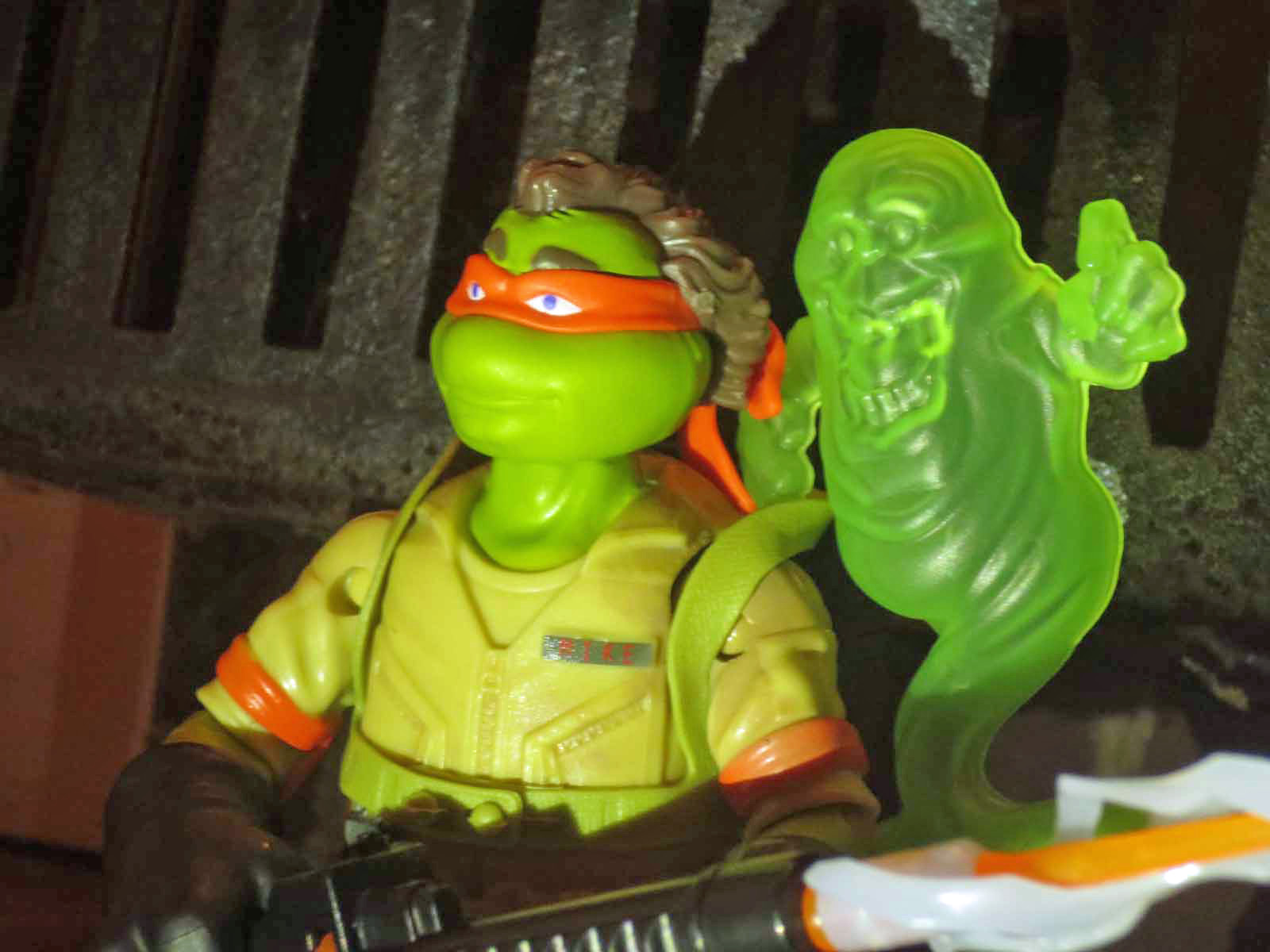 Aside from the Packs, each figure includes a PKE Meter and a Ghost Trap which is sculpted closed (I would have loved to see a hinge so the trap could open, or at least an open version with one of the figures). And everybody comes packed with a ghost minifigure! These solid sculpts are a bit on the small side, but they’re definitely fun, sculpted in front only and in translucent plastic which lets light pass through them in a neat, etherial way. These creatures are based on some of the ghosts seen in the movie, such as Slimer (naturally), the Library Ghost, a Terror Dog, and the Subway Ghost.

Between the nice new sculpts of the figures, the fun and unique portraits, the accessories, and the ghosts, these Ninja Ghostbusters pack a lot of bang for your buck in each box.  The set of four is a Target exclusive, and they’re scheduled to hit stores over the next few weeks. I’m a Turtles fan, and I’m a Ghostbusters fan, but I’ll admit I was on the fence about these guys at first glance… but having them in hand, I can honestly say they’re super fun, and make for a worthy tribute to both classic properties.

Thanks to Playmates for providing us this set of Ninja Ghostbusters for our first look feature. 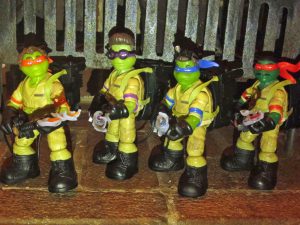 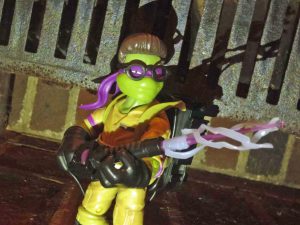 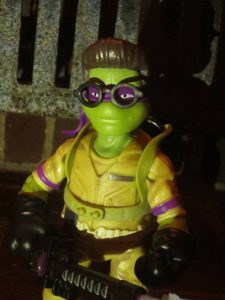 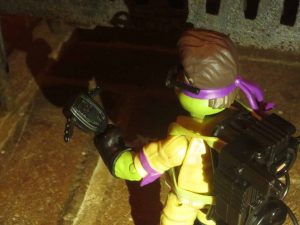 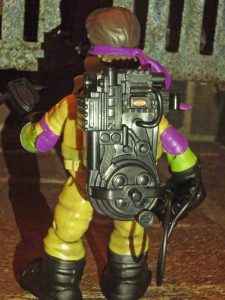 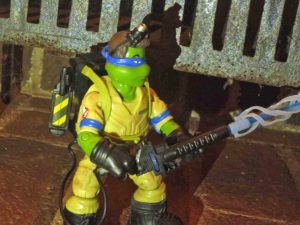 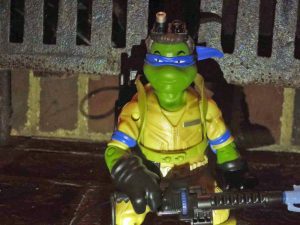 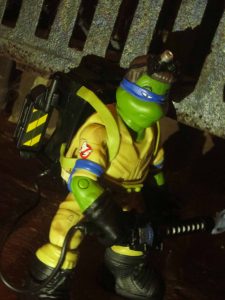 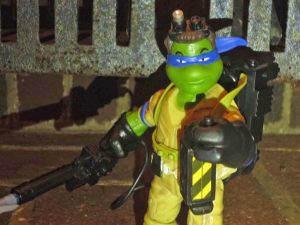 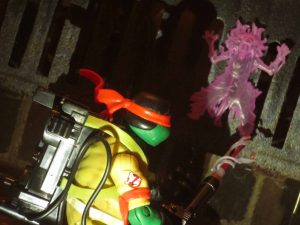 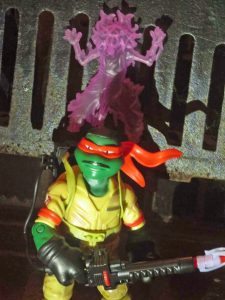 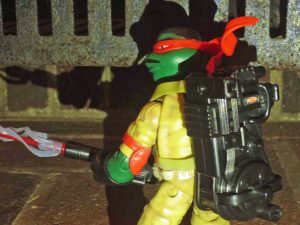 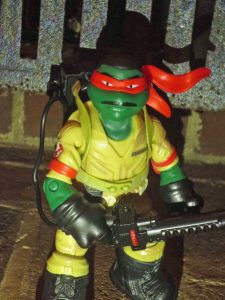 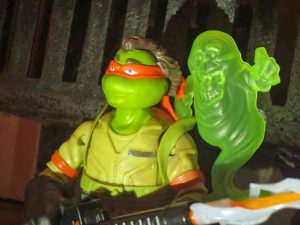 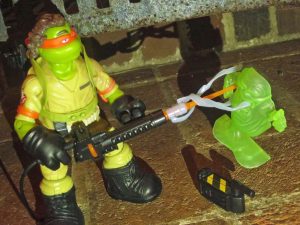 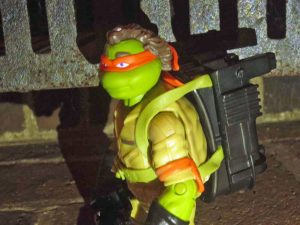 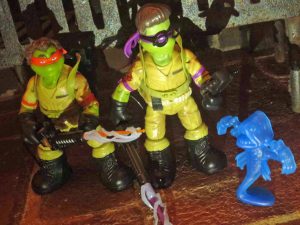 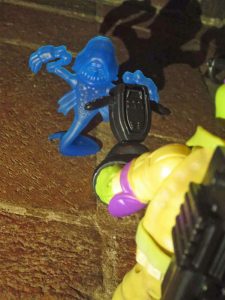 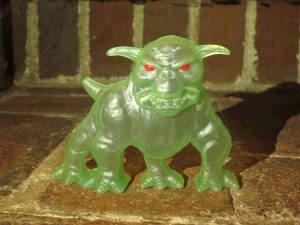 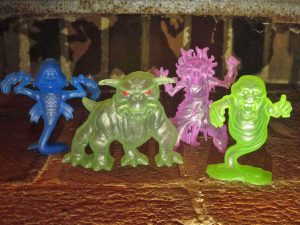 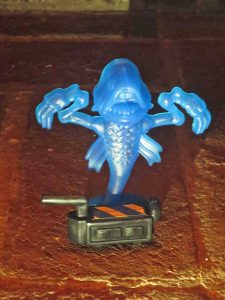 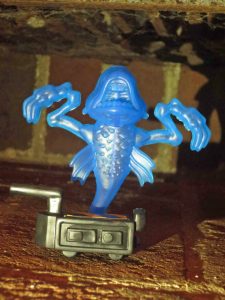 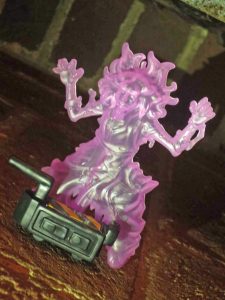