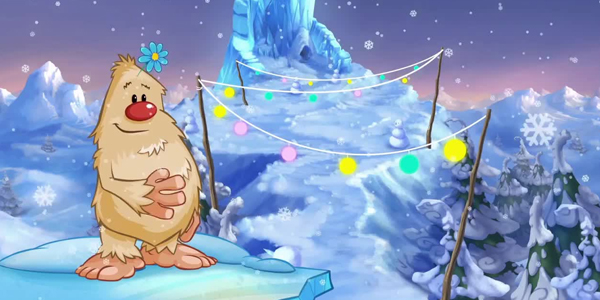 Launched as an Xbox One exclusive, PopCap Games has finally released its long-anticipated follow-up to 2008’s Peggle Nights.  While little has changed or even expanded upon the original, Peggle 2 remains as fun and endearing as ever – a vibrant and often humorous physics-based puzzler that requires equal parts skill and luck.

Vaguely resembling the layout of a Pachinko machine, each stage of the game presents players with an elaborate array of colored pegs and blocks.  While the colors are randomized, the layout is stage specific.  At the top of the screen is a launcher with an inventory of ten balls, while the bottom of the screen is occupied by a collection basket that perpetually shifts from side to side.  When a ball is launched, it will strike the first peg it makes contact with and bounce off in a trajectory dictated by the angle of the impact.  While this initial ricochet can be strategically placed, the ball’s path from then on is difficult to anticipate.  Each peg that the ball strikes disappears from view and, ultimately, the goal is to make contact with every orange peg in the playfield.  In addition, there are blue pegs that serves as obstacles that may need to be eliminated for a clear shot as well as green and purple pegs that will award bonus points and unlock the Master’s special power. 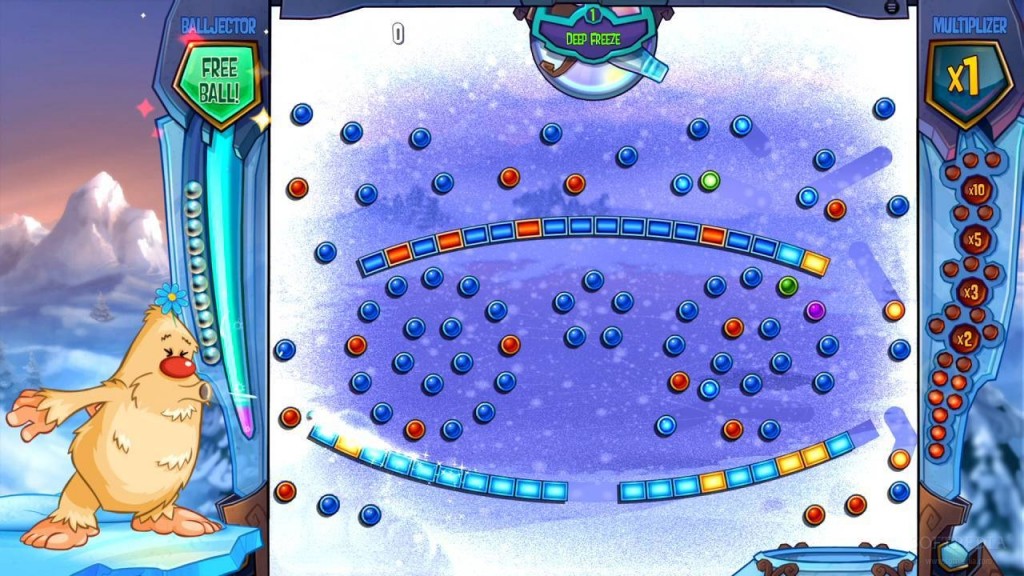 Masters are the mascots of the Peggle world – friendly creatures who cheer you on and celebrate your victories.  While previous editions had a robust roster, however, Peggle 2 has only five Masters to guide you through the game.  Still, each one is eccentric as ever and equipped with their own special power.  Bjorn the unicorn is the only returning character and retains his classic power, Super Guide.  When activated, this shows the exact trajectory line the ball will follow following its first bounce, an invaluable ability early in the game, especially for newcomers to understand the physics and how even hairline adjustments can have significant effects on the path the ball travels.  Players will also get acquainted with a drunken troll named Jeffrey, whose “Bowlder” power wipes out everything below the first peg you contact, Berg the yeti who can “Deep Freeze” moving pegs into a locked position, and Gnorman, a gnome with an “Uber Volt” power which can help clear out the blocks surrounding the ones you contacted.  Lastly, Luna, a cute ghost with pigtails, can summon one of the coolest powers in a Peggle game thus far — her “Nightshade” ability turns the blue pegs transparent, allowing players to shoot directly through them for a clean shot at an orange one.  Although this does not cause the blue pegs that are passed through to disappear from play, you still get points for the ones the ball would have contacted. 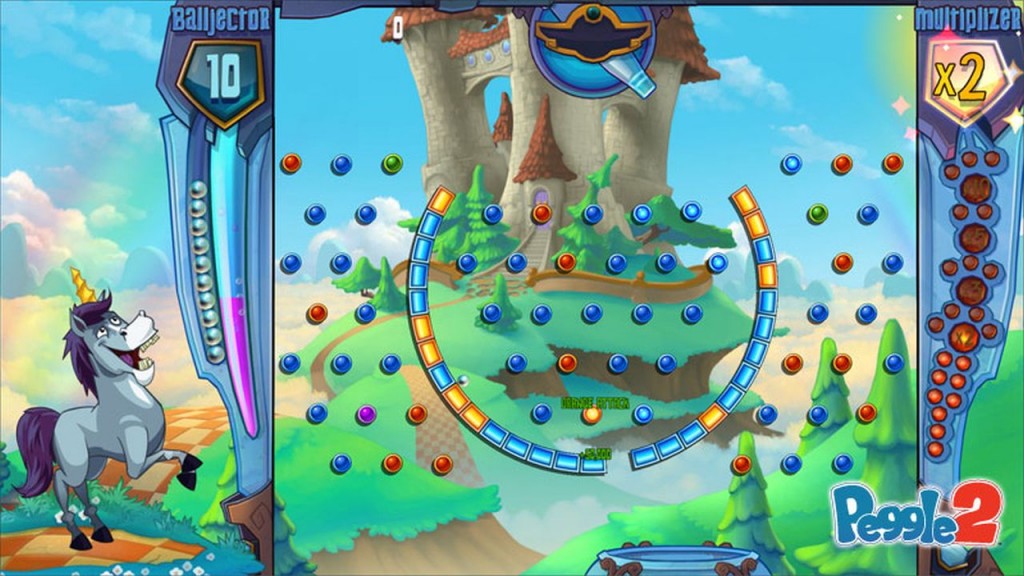 Each of these Masters hosts ten levels within their own themed backdrop as well as an additional ten trials, which are challenges set up to test a player’s skill at making specific types of shots.  Some of these can be rather difficult and make come down to repeated attempts of trial and error and a good bit of luck on your side.  Other trials may simply require a minimum score to complete or task you with clearing out several targets with one ball  This can be achieved by “saving” a ball that has been shot by managing to get it to fall into the moving basket at the bottom of the screen that I mentioned earlier.   While this again can sometimes happen simply by luck alone, the game is never shy about congratulating you for victories. 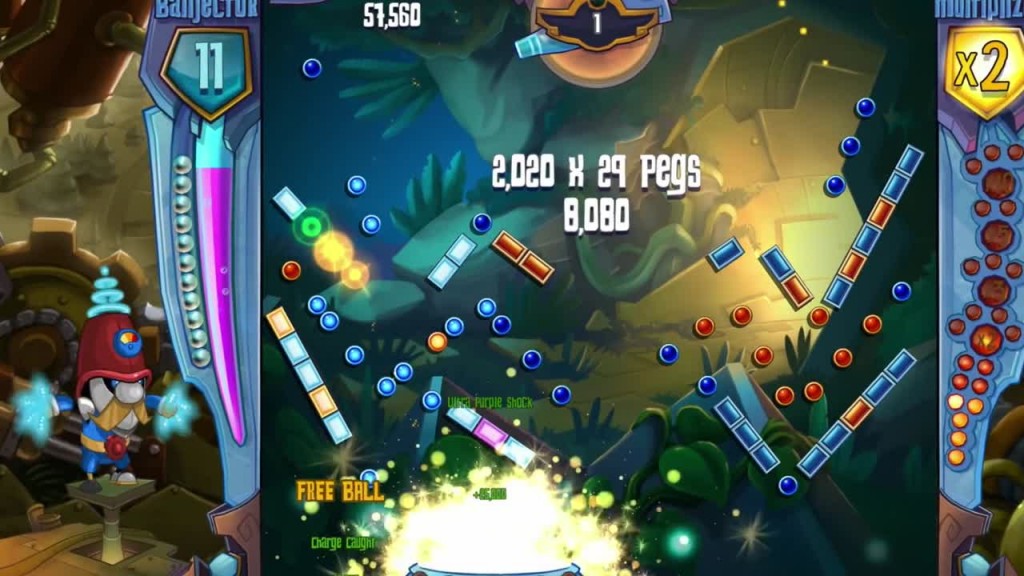 The way in which the Peggle franchise handles its players’ success is pretty incredible.  Achieving victory in any stage will result in a booming overture of Ode to Joy while the screen explodes in colorful lights and fireworks and the current Master dances its heart out.  The overwhelming praise for a job well done is ingrained into the Peggle series and one of the many reasons the game is so endearing.  Coupled with a physics engine that requires a bit more skill to pull off than your average casual puzzler, Peggle 2 is a no-brainer to download — especially given its low asking price.  The only thing that worries me a bit is the shopping cart icon that currently lies, grayed out, at the bottom of he screen advertising it’s “Coming Soon”.  While I don’t believe Peggle 2 will stoop to the loathsome practice of micro-transactioning the fun out of the game (as is the style nowadays) it likely means there will be paid DLC additions — most likely new Masters or levels.  Even so, the 100 levels/challenges present in the base game are well worth the money and an easy purchase for anyone looking for an addictive title in these early days of the new console.