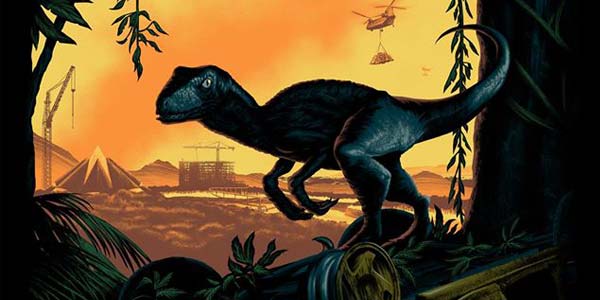 Get a glimpse of the ruins of Isla Nublar (I think) in the Comic Con exclusive Jurassic World poster.

There are a few movies I’m really excited about at Comic Con, but Jurassic World is definitely up there toward the top.  All the news that’s eeked out of the production thus far sounds cool as hell– a fully operational, commercially viable theme park!  Chris Pratt as a dinosaur trainer!  Horrible genetically engineered super-dinosaurs!– and I’m hopeful this will be a fun and fresh reboot for the franchise.

Jurassic World is also among the first to the table with their SDCC hype, as Legendary just released the first official poster from the film, and it offers even more intrigue.  The painted image by Mark Englert depicts a raptor perched on top of a familiar Jurassic Park SUV, destroyed long ago and since overgrown.  In the backdrop, a huge construction site looms brightly.

If I had to make a guess, I’d say we’re looking at the forgotten Isla Nublar from the original movie, with what will become the new, functional Jurassic World being built behind our dinosaur’s back.  I’m not sure how much of this fits into what we will actually see in the film (I assumed we wouldn’t flash back or montage our way through the building and opening of the new park), but maybe we will?  Or this poster is meant to be the connective tissue between movies, which we won’t necessarily see on the big screen?

Regardless, it’s a great image, and I’d dig on it even if I wasn’t very super excited for Jurassic World.  Since I am very super excited, I really want a copy of this sucker.  And thankfully, if you feel likewise, Legendary will be giving these away over the weekend, and you can find out more details by texting JURASSIC to 834567. 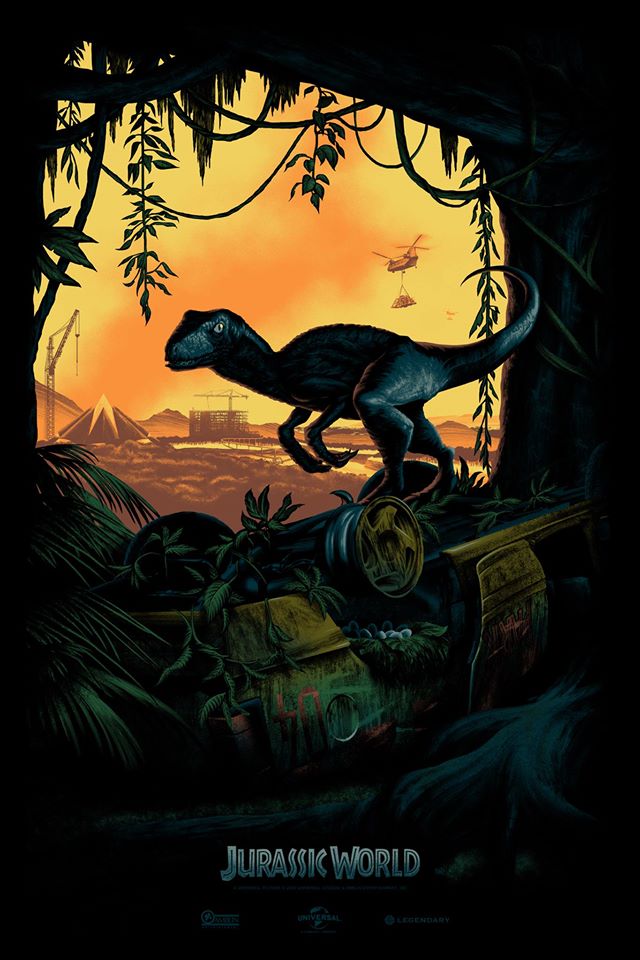