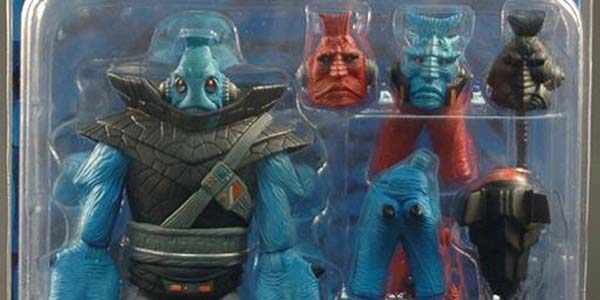 The Four Horsemen shared the packaged pics of their Power Lords samples, and let slip some details on exactly what figures will be available soon.

I couldn’t be more excited for the Power Lords line from the Four Horsemen, which is set to launch (for real) very soon.  Now, we’re one step closer– the Horsemen have received the first production samples from Wave One, meaning we’re that much closer to the release of these awesome figures.

The toymakers have shared images of the figures, as they will appear in package… as well as some new details on what we can expect from the launch wave when they hit.

As we all knew, Ggrabbtargg will not be available to the public; this guy was an incentive figure for signing up to the Power Lords Fan Club earlier this year.  However, the second Fan Club “exclusive,” the Ultimate Edition Barlowe Tribute Ggripptogg, apparently WILL be available.  After seeing the final figure, that’s a good thing, because he is awesome!  This figure will include four different heads, multiple arms and weapons, and the Glyos style body means he can be easily customized, making for a killer troop builder figure!  Including him in the Fan Club subscription added $40 to the price tag, but I’m hoping he ends up being less expensive than that when he goes for sale, because I want many of this guy.

Also interesting is that the orange Power Soldiers are actually just Adam Power with an alternate helmeted head.  That may have been confirmed before, but I was surprised– I figured the Soldier would be packed as a separate figure.

Below you can see more images and details from the Horsemen… It should only be a matter of weeks until these figures hit now, and I am super stoked to get my hands on them!

We got in packaged samples of the upcoming Power Lords releases and although there are a few minor tweaks here and there to be made, we think these things are looking amazing and we’re really looking forward to hearing your opinions as well. We just sent our responses back and they’re going into full production now, so it won’t be long…

Pictured below are Adam Power, Lord Power, Ggripptogg, Ggrabbtargg and the Ggrapptikk Trooper – all fully painted and in the usual Four Horsemen collector friendly blister card (the figures can be removed from the cards for play, and then replaced back on the cards for packaged display).

The Ggrabbtargg figure is a Power Lords Fan Club exclusive and was only made available to the fans who purchased either the Power Ship level membership or the Volcan Rock level membership. That figure will no longer be available for purchase through Store Horsemen, but the remaining stock after PL Fan Club members allotment have been distributed may at some point be used as promotional give aways or for non-profit charity purposes.

The Ggrapptikk Trooper (also known as the “Ultimate Edition Barlowe Tribute Ggripptogg”), was made available to those who purchased the Volcan Rock level of the Power Lords Fan Club. This figure is not an exclusive item and will be for sale later on through Store Horsemen. This thing’s being referred to as the “Ultimate Edition” for a reason, and you’re seeing those reasons revealed here for the first time. This figure comes with four different variant heads, including one of Ggripptogg done in the style of Wayne Barlowe’s original vision of the character without a reversible head. It also comes with three sets of forearms, one of which is an alternate version of the classics Ggripptogg arms. It comes with both a short loincloth and a long loincloth, and it also comes with both a long and short handle for his weapon. WHEW! That’s a lotta’ toy! 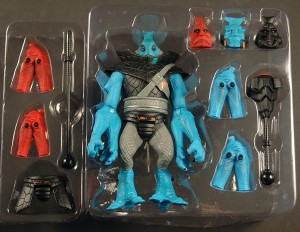 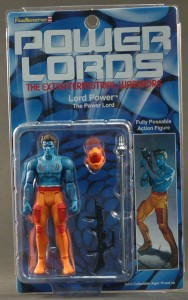 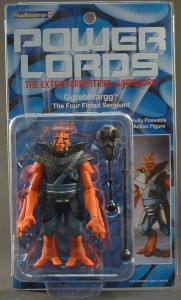 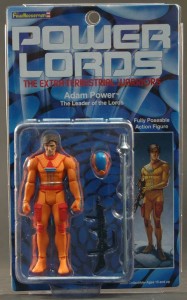 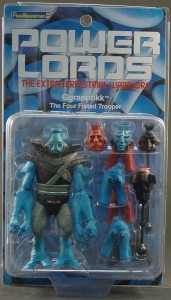 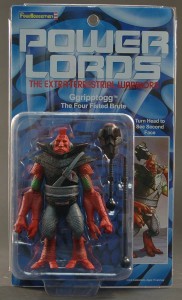