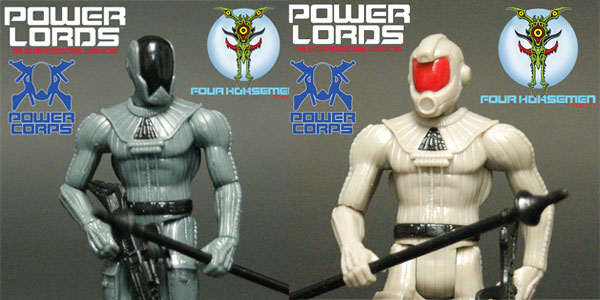 The next wave of Power Lords variants is coming on Cyber Monday.

The Four Horsemen revealed the next pair of Power Lords pre-release variant figures a few weeks back, and now they have a release date.  The pair of Power Soldiers– in brand new colors and dubbed the “Slate Zone” edition– will be released on Monday December 2nd for Power Lord Fan Club members, and whatever is left will go for sale to the public on Wednesday the 4th (that means there’s still time to sign up for a membership to score these figures for sure on Monday).

I like the new deco, and kudos to the Horsemen’s perpetual keen eye for color and design, but after three waves of pre-release figures, I’m getting anxious for the series proper to begin.  The timeline for that is still February-ish, so these new Soldiers may be the last appetizer we get before the main course early next year.

Here’s word from the Horsemen about the new figures:

Each fully articulated and Glyos compatible Slate Zone Elite figure is 4 inch scale, will come in randomly numbered poly-bags, and will include both the staff and the rifle.

$10.00 each (plus shipping & handling) with no limits on amounts purchased. In stock now!

These are being produced in VERY limited quantities so once they sell out, they’re gone forever and any orders accidentally taken after the allotted stock has been sold through will have to be cancelled. Payment will be collected at the time the order is placed or soon after. 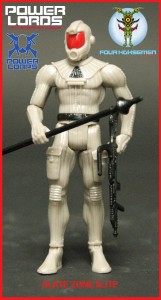 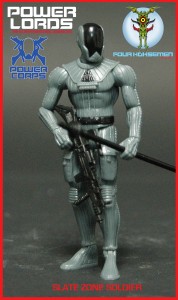