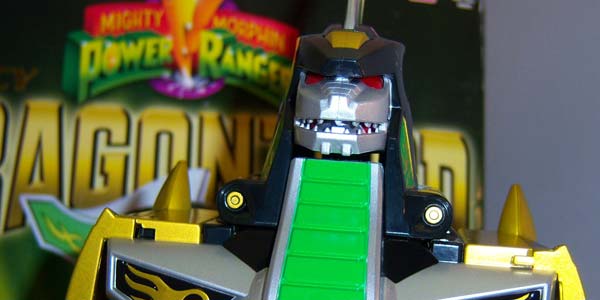 This is NOT your 1993 Dragonzord!! This one is leaps and bounds better than the original!

Last year Bandai started to roll out some of their Mighty Morphin Power Ranger items with the Legacy tag on them. These items were exclusive to Toys R Us, and to date they have released the Megazord, Dragonzord, 3 different versions of the Power Morphers, Titanus, White Tigerzord, the Dragon Dagger, and the Saba-saber. These items all differ from the 1990’s counterparts with die-cast parts, and minimal decals… all the details are molded and painted on, with the exception of the Power Morpher that has a thin decal on the back.

The Dragonzord released in the 90’s had a lights and sound feature on the chest plate. The new version did not offer that, and the reason is to be assumed that the details overruled the leds and sounds. I am actually okay with that, and the die-cast parts do add some extra weight to the figure. Also added is some articulation to the arms to make the movements more show like, and interchangable hands that can snap on and off the wrist help with posing options, too. The infamous tail has been given a makeover– gone is the small tip to the drill that was always lost on the 90’s version. The drill itself has been enlarged and is now one piece.

Dragonzord also has the ability to combine with the other Mighty Morphin Dinozords (not pictured, still waiting on the re-release) to create the battle modes as well as combine to Titanus to create the Ultrazord. The connectors are different on the Legacy items and trying to use the 90’s items to connect will prove difficult as the Legacy items use a smaller peg than the whole joint that the 90’s used.

I was and still am very impressed with this figure. Standing at 11″ tall and weighing about 4 pounds, this is definitely a badass toy. I am looking forward to completing this line and showing off the Ultrazord once the Megazord is released to the public again. 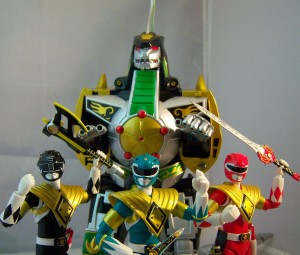 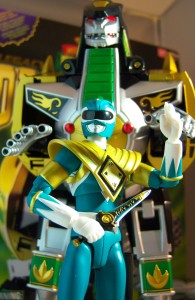 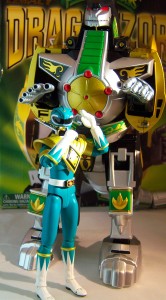 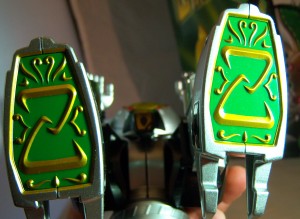 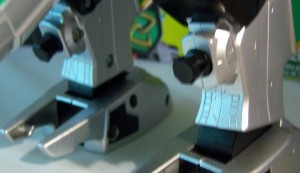 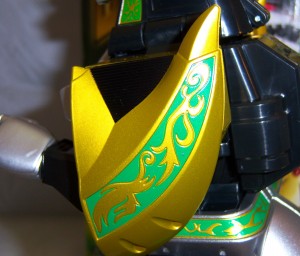 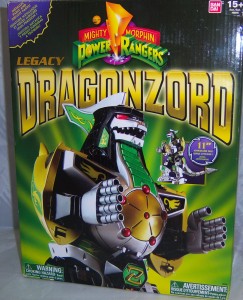 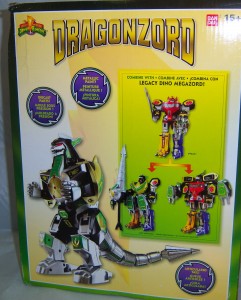 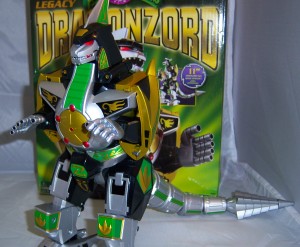 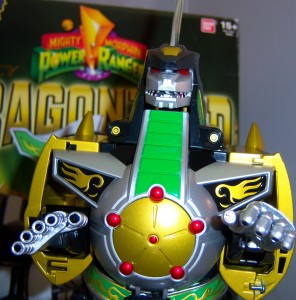