Power Surge Optimus Prime: King of the Robots In Disguise 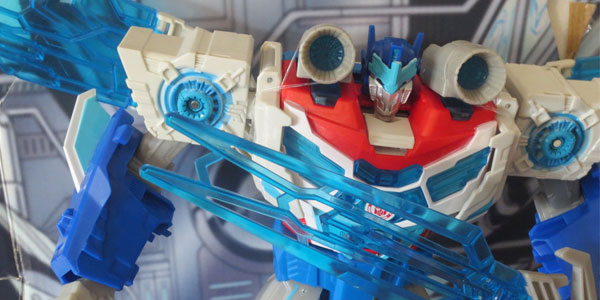 Hasbro’s deluxe animated-style Optimus Prime is one of the most fun Transformers toys of the year.

For all of 2016, Hasbro has been delivering Transformers toys under a variety of umbrellas, from the long-running Generations/ Titans Return banner aimed at older collectors, or the Robot Heroes for younger fans.  But right in the middle is the Robots in Disguise line, a set of highly detailed, larger-scale Transformers, whose animated aesthetic, full articulation, and non-challenging transforming features allow them to appeal to collectors of all ages.

The highlight of this line is the Power Surge Optimus Prime, a one-off deluxe release which features the Autobot leader standing approximately 11″ tall, packed with an Aerobolt Mini-Con sidekick and lots of automated and electronic features that make this a truly fun interactive toy.

Optimus follows the 2016 trend of Mini-Con figures, as Aerobolt serves as not just a companion mini figure, but an activator to tap into the multitude of features housed within this robot.  In his neutral state, Optimus is a solid rendition of the Autobot hero as he appears in the Robots in Disguise animated series, but this figure’s primary action feature are his aerial themed wings, shoulder cannons, and faceplate, all of which are triggered when Aerobolt is attached to his chest.  It’s a smooth and fun three-point transformation, accompanied with a variety of sounds and quotes from the Autobot leader that activate when triggered.

In addition to the automated “Power Surge” features, Optimus also transforms from robot mode to truck, which is a five step process whose simplicity belies the fairly convincing end result.  Sure, this doesn’t look exactly like a common mack truck you might see on the highway during your next toy run, but the main concept is still there amidst the animated stylization of the design.  What impresses me the most is that Optimus still sports a full range of articulation– allowing for multiple action poses with and without his energy sword accessory– despite the electronic, automated, and transforming features housed within this toy.

Factoring Aerobolt– a Mini-Con featuring a very simple one-step transformation feature of his own– Optimus also features a variety of unique light and sound features which activate separately in his robot and vehicle modes, which provides an impressively complex pallet of electronic features for a single figure.

Regardless of age, if you’re into the Robots in Disguise sub-line, this figure will surely be the crowning jewel of any collection.  As someone who tends to skew more classic in their Transformers tastes, I still find this guy a ton of fun to play with, and more than anything I’m truly impressed with the amount of play value the team at Hasbro packed in to this single, deluxe action figure.

Look for Power Surge Optimus Prime now at all major retail outlets. He’s been dubbed one of the “hot toys” of the Holiday season this year… and with good reason. 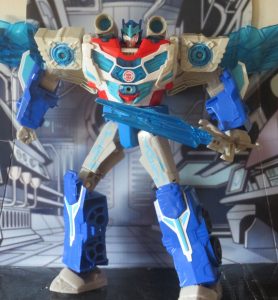 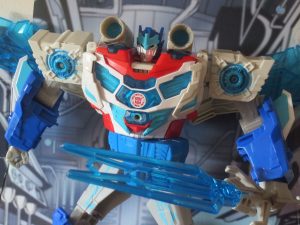 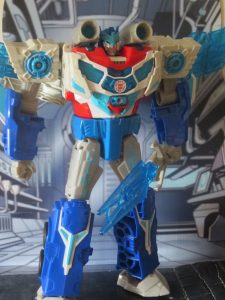 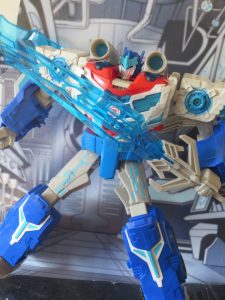 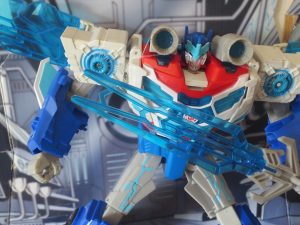 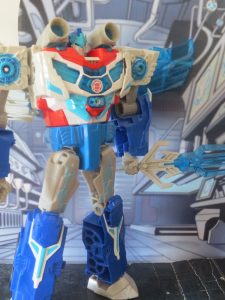 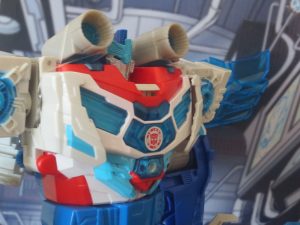 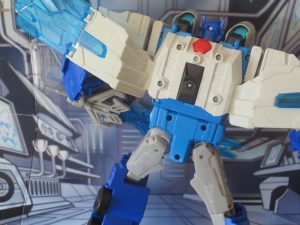 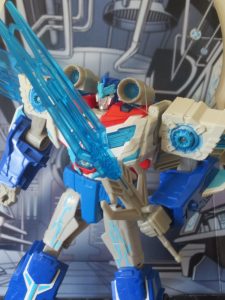 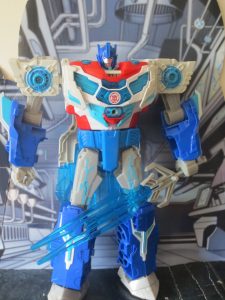 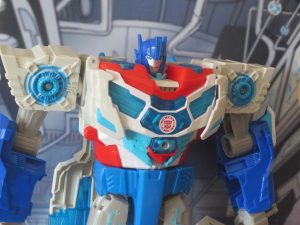 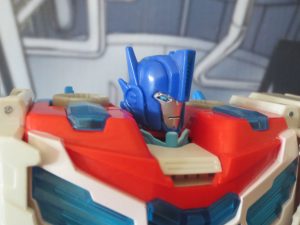 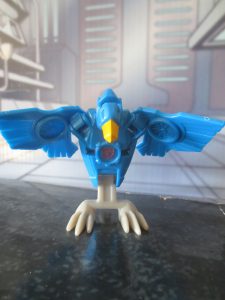 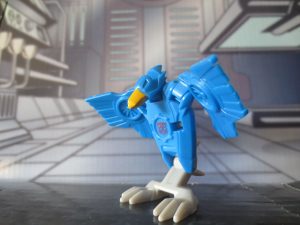 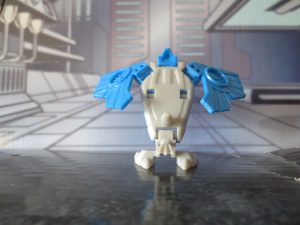 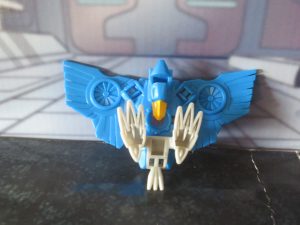 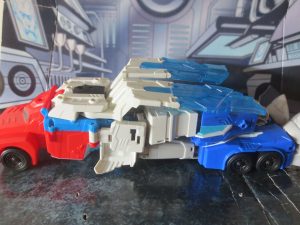 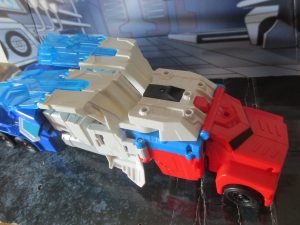 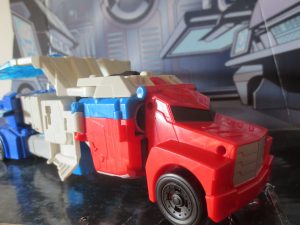 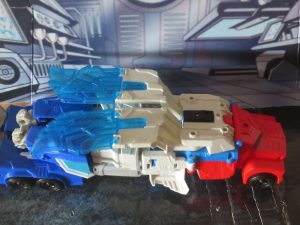 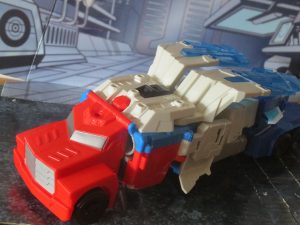 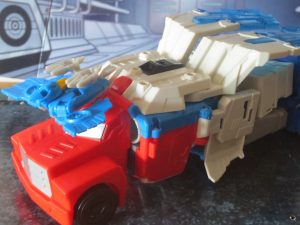 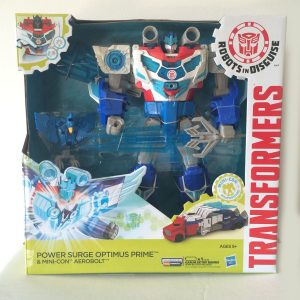 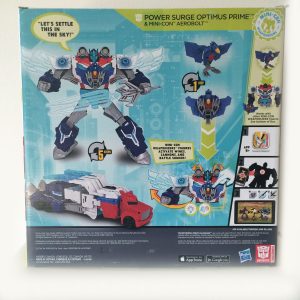