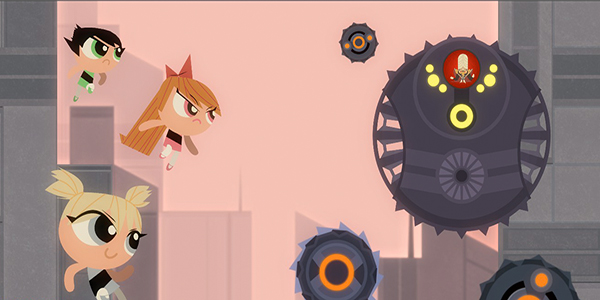 Recently released through Steam and newly available on iOS, Powerpuff Girls: Defenders of Townsville is an action/adventure-shooter which lets fans step into the shoes of their favorite trio made up of sugar, spice, and everything nice (and also a healthy amount of Chemical X).

Developed by RadianGames, Defenders of Townsville is a curious release, both because of the timing and its content.  While I’m a huge fan of the franchise, the original show has been off the air for a decade and the special one-off that aired six months ago was met with mixed feelings due to the drastic change in aesthetic.  Cartoon Network recently announced that the program would be rebooted two years from now, but details are still completely up in the air, so it’s simply a bit odd that they chose this license to develop with a summer 2014 release in mind.  It’s clear they were banking on longstanding fans of the property to download their title, but the number of missteps and missed opportunities is unfortunate. 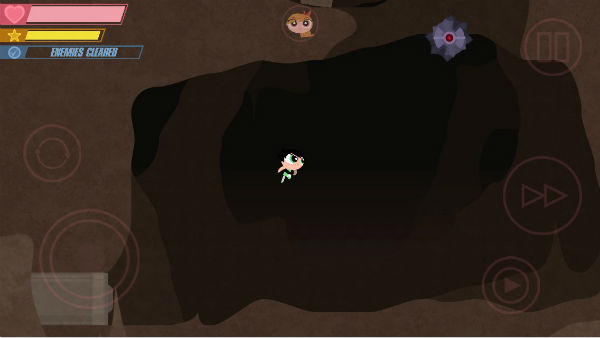 It’s important to note right off the bat that, while the icon and default visuals are in line with the 2014 CGI re-imagining of the girls, the graphics can be switched to “classic” mode before you even start the adventure, meaning the characters will appear as they should, in their original form.  Why the standard version is based around the uninspired new look is anyone’s guess.  The game starts out in typical Powerpuff Girls fashion – the iconic hotline begins buzzing to alert Blossom, Bubbles, and Buttercup that Townsville is under attack by none other than staple villain Mojo Jojo.  This intro scene is only semi-animated however and only serves to set up a simple premise.  Mojo has constructed a device to erase the girls’ procedural memories and his attack was simply a ruse to lure them there.  Once activated, the girls completely forget how to use their powers and plummet from the sky. 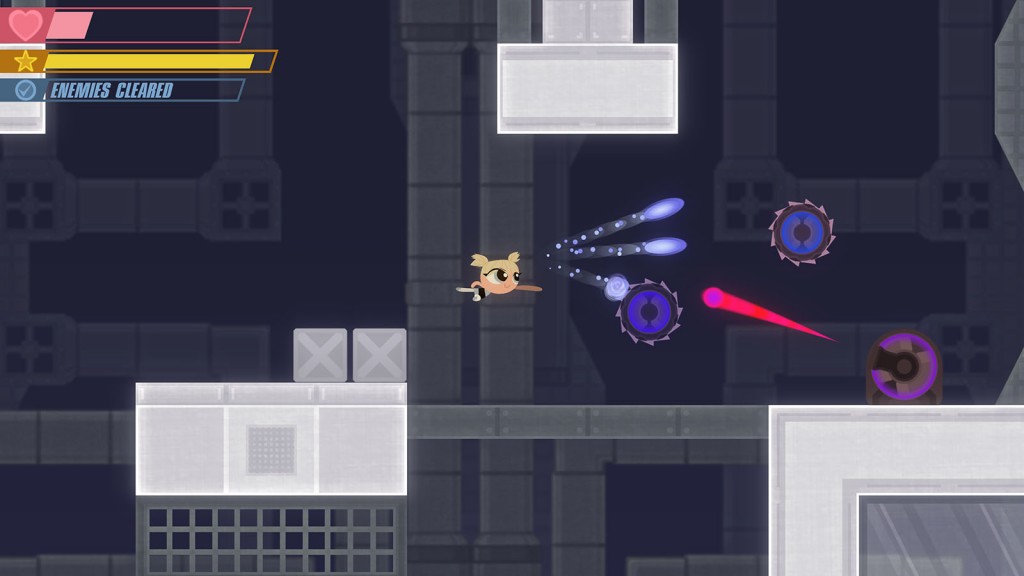 The setup is interesting but it also means that, at first, you are controlling a character that essentially can’t do anything, and unfortunately the lackluster design of this early section doesn’t stop there.  You begin the adventure controlling Buttercup and literally all you can do is walk left and right in an extremely dark labyrinth of caverns.  It’s beyond me why they would choose a dreary black and brown backdrop for the first quarter of a game based on a cartoon exploding with vibrant color.  It’s also a downer that the game starts you off completely powerless and having to run away from robots that pursue you through the cave.  Relatively quickly though, she discovers an orb that unlocks her first memory, punching.  It’s hard to imagine that as a “lost power” but soon, with a bit of exploration, Buttercup is back up to speed, flying and shooting waves of energy with ease.  Thankfully, once you finally exit the initial area, the things become more bright and colorful as you rescue Blossom and Bubbles.  Once you are united with the other girls and jog their memories by locating the aforementioned orbs in their respective areas, you are able to switch between them at will.  This is important only because each girl has one unique power that will need to be employed constantly in order to unlock doors and bypass obstacles. 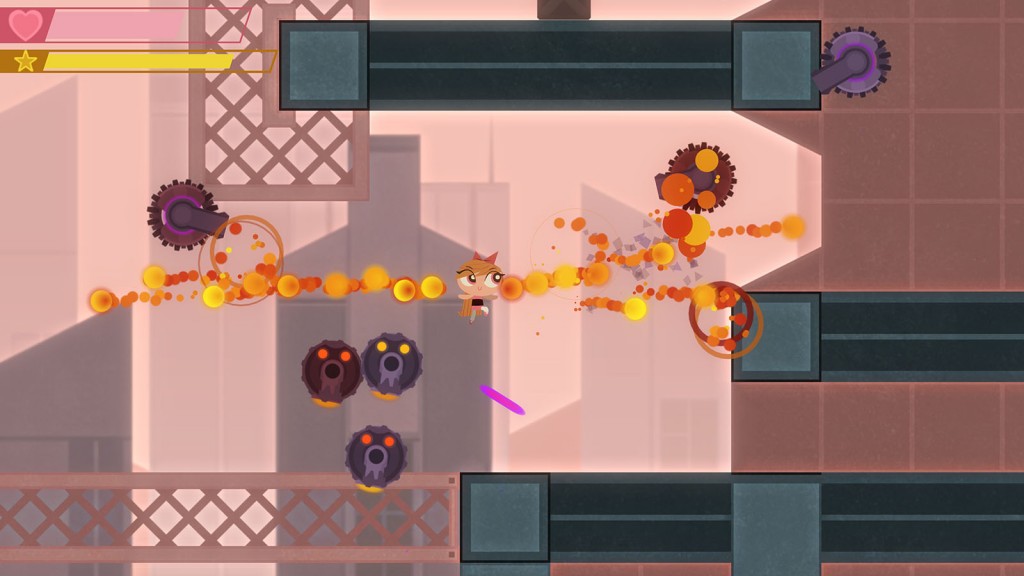 With each area set up like a giant maze and populated by dozens of floating, bullet-firing, robotic enemies, the gameplay begins to feel akin to old-school shmup titles like R-Type or Gradius, only far easier and aimed at a younger crowd.  That said, even younger fans will be quick to notice the decided lack of charm present throughout the experience.  There is very little variation between the enemies you face and no crazy boss battles, which any game using the license should be packed with.  In fact the story never really progresses anywhere outside of simply finding your powers and taking out Mojo Jojo.  None of the other recurring characters from the show make an appearance and the dialogue is almost nonexistent.  Even some sampled cuts reused from the show during gameplay segments would have been appreciated.  Instead, players are subjected to a looping chiptune soundtrack that just doesn’t fit the source material at all.  Also surprising, seeing as the game was definitely designed with a younger audience in mind, is that navigating the world is needlessly frustrating.  The map you have access to will show a crude layout of which rooms you’ve been to in a given area, which ones contain undiscovered items, and which ones have doors that you haven’t yet accessed.  What is doesn’t tell you are how to go about locating said items or exactly what is blocking the paths that were inaccessible on your last pass through.  This means that, as you earn new powers, you are made to constantly retrace your steps looking for newly available areas.  A bit of direction regarding the most direct path to take to the next objective would have been quite helpful. 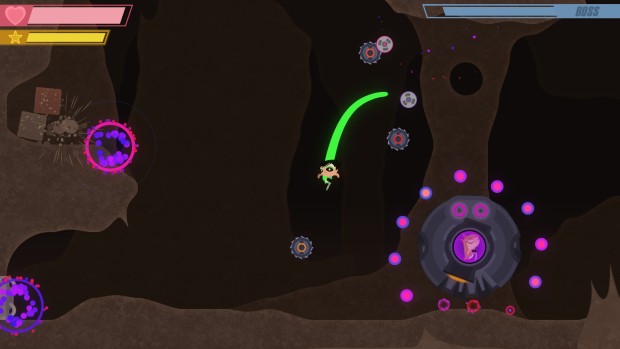 Overall, the entire experience should only take a few hours and it’s unlikely that you’ll replay it again.  Defenders of Townsville certainly isn’t unplayable, but fails to capture what made the television series so wonderful, making it feel like just a rushed money-grab with a slapped on theme.  Between the uninspired visuals and unengaging gameplay, it’s hard to recommend, even at its meager $4 price tag.